At Seattle’s largest safety-net hospital, the proportion of uninsured patients fell from 12 percent last year to an unprecedented low of 2 percent this spring—a drop expected to boost Harborview Medical Center’s revenue by $20 million this year. 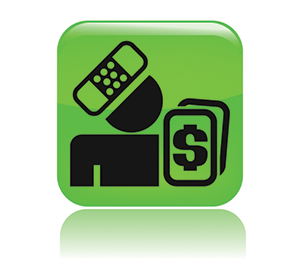 And the share of uninsured patients was cut roughly in half this year at two other major safety net hospitals—Denver Health in Colorado and the University of Arkansas for Medical Sciences Hospital (UAMS) in Little Rock, Ark.

One of the biggest beneficiaries of the health law’s expansion of coverage to more than 13 million people this year has been the nation’s safety-net hospitals, which treat a disproportionate share of poor and uninsured people and therefore face billions of dollars in unpaid bills.

Such facilities had expected to see a drop in uninsured patients seeking treatment, but the change has been faster and deeper than most anticipated— at least in the 25 states that expanded Medicaid in January, according to interviews with safety-net hospital officials across the country.

“This is really phenomenal,” said Ellen Kugler, executive director of the National Association of Urban Hospitals, based in Sterling, Va., which represents inner-city safety net institutions. “It shows the Affordable Care Act is clearly working in these locations.”

Safety net hospitals, most of which are government-owned or nonprofit, have typically struggled financially because their urban locations mean they treat more uninsured patients who show up in emergency rooms and cannot be turned away.

An Urban Institute study published in the May edition of Health Affairs estimated the costs of uncompensated care to hospitals were as high as $45 billion in 2013. Government programs helped defray 65 percent of those costs, the study estimated.  That left providers billions of dollars in the hole.

That’s one of the reasons the hospital industry was among the first groups to support President Barack Obama’s health plan, agreeing to Medicare and Medicaid funding cuts exceeding $150 billion over a decade in return for getting more paying patients to reduce their uncompensated care.

Many hospital executives were unnerved, therefore, when the Supreme Court ruled in 2012 that states could not be forced to implement the Medicaid expansion and nearly half of them have refused. As a result, hospitals in non-expansion states are undergoing the funding cuts without a corresponding reduction in uncompensated care.

In Seattle, Harborview had projected a $10 million gain in revenue this year because it would be able to recoup payments for services provided to the newly insured. Now, with a 10-percentage-point drop in uninsured patients in one year, the hospital system managed by the University of Washington is projecting a $20 million revenue increase on annual revenue of about $800 million, said Associate Administrator Elise Chayet.

Hospital officials say the biggest impact of the change is on patients themselves. Rather than having to rely on emergency rooms, newly insured patients can see primary care doctors and get diagnostic tests and prescription drugs, among other services.

Some safety-net hospitals say they started to see their numbers of uninsured patients dropping almost immediately after the Medicaid expansion took effect in January.

“We have seen a steady decline in our uninsured visits,” said Roxane Townsend, CEO of UAMS. “We did not anticipate this big a drop this quickly.”

About 80 percent of the system’s new Medicaid patients had previously been seen by the hospital as uninsured patients, she said. Their enrollment in coverage means the hospital is paid more for their care and is able to direct them to outpatient services and preventive care.

While some emergency physicians have offered anecdotal reports of increased use of the ER since January, there is no documentation of the health law’s impact yet. Studies examining ER use in Massachusetts following that state’s expansion of coverage showed an initial surge followed by a decline in those numbers over several years.

Denver Health officials said the increase in insured patients since January — most of whom are enrolled in Medicaid – appears to be boosting the number of people seeking care at its primary care clinics, rather than through the emergency room.

Patient visits to Denver Health primary care offices are up 14 percent this year, while ER visits are down 2 percent. Patient visits for mental health and substance abuse services are also up nearly 50 percent.

Although safety-net hospitals may be experiencing the biggest impact from the expansion of coverage, the improvements are not limited to them.

Investor-owned hospital companies HCA, Tenet Healthcare Corp., Community Health Systems (some of which own safety-net hospitals) say they saw their rates of uninsured patients drop by as much as a third in the first quarter of 2014 in hospitals located in Medicaid-expansion states.  HCA said its hospitals in states that chose not to participate in the health law’s expansion of the program saw rates of uninsured patients rise by 6 percent.

LifePoint Hospitals, a Brentwood, Tenn.-based company that owns 60 hospitals nationwide, said the Medicaid expansion led to an average 26 percent reduction in uninsured patients at its facilities.

Converting patients from no cash to some cash “is a good thing,” said Sheryl Skolnick, a hospital analyst with CRT Capital Group in Stamford, Conn.

Skolnick said not every hospital will make up their Medicare and Medicaid funding cuts by seeing more insured patients, particularly in states that did not expand Medicaid.

For HCA and Tenet – both of which own hospitals in Florida, Texas and other states that did not expand Medicaid — that could mean trouble.

But for those experiencing it, the strong early drop in uninsured patients is a welcome development.