SAN DIEGO — Hobbled by a federal investigation into its practice of treating patients who had more than six months left to live, one of the biggest hospices in the country has filed for bankruptcy as it tries to continue operating. A local hospital chain is heeding San Diego Hospice’s plea for help, however, and promising to provide services for as many patients as need it.

The financial woes facing San Diego Hospice, which has slashed its workforce and patient load, might not be isolated. Hospices nationwide are under intense scrutiny from Medicare, and facing lower growth in their reimbursement levels. “There’s a bit of a squeeze going on. Hospices have to do more with less, and you can see how that could take its toll over time,” said Theresa M. Forster, vice president for hospice policy and programs at the National Association for Home Care & Hospice, a trade group. 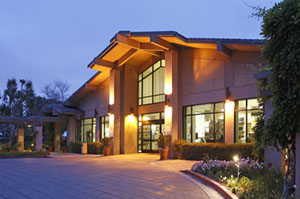 As Kaiser Health News reported last month, federal officials have made a priority of investigating hospices and their Medicare reimbursement claims for patients. San Diego Hospice, which normally treats as many as 1,000 patients at a time, came under scrutiny because it didn’t properly document that doctors believed patients had six months or less to live, as required by the Medicare program. In some cases, patients lingered for years while the federal government continued to pay for their care.

The hospice has laid off hundreds of workers, and its patient load has fallen to about 600 because of more stringent rule compliance and bad publicity. This week, facing the prospect of being forced to return reimbursements, the hospice announced that it has filed for Chapter 11 bankruptcy protection and hopes to remain open.

“The outcome of this process is uncertain,” its president and CEO said in a statement, so it turned to a hospital chain for help.

Scripps Health, which serves 500,000 patients annually and has five hospital campuses and 23 clinics, is stepping in. It bought a small local hospice this week, allowing it to avoid lengthy red tape to get licensing, and is ready to offer hospice care to whomever needs it, said Chris Van Gorder, the chain’s president and CEO.

He expects more hospitals to take over hospice services as stand-alone hospices face more financial challenges. “I think we will see more small agencies get into trouble,” he said.

In the big picture, the federal attention to hospices is costing hospices more even if they are following Medicare rules because they must devote resources to guarantee that they are complying with regulations, said Forster of the National Association for Home Care & Hospice. And as of the 2012-2013 fiscal year, hospices aren’t getting their usual annual 2.5 percent to 3 percent increase in reimbursements but are instead getting 0.9 percent, she said.

“Hospices have been experiencing a financial tightening,” she said, “and it makes things less stable.”

J. Donald Schumacher, president and CEO of the National Hospice and Palliative Care Organization, isn’t so sure that a crisis is at hand. He said the troubles at San Diego Hospice seem to be isolated: “I haven’t heard of any hospices that are involved in anything like this that is so difficult and so sad.”

He did, however, say that he is not aware of any larger hospice that has gone bankrupt.