CLEVELAND –  At a health center here Friday, Health and Human Services secretary Kathleen Sebelius said Ohio is off to a “decent start” on health insurance enrollment. 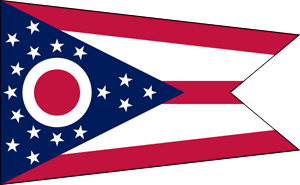 With two weeks left before open enrollment ends under the Affordable Care Act, 79,000 Ohioans have selected a plan on the federally run insurance exchange.

“We’ve got some distance to go. Clearly there is time. Open enrollment on the private market side does end on the 31st of March, ” Sebelius told supporters and staff members at the clinic.

Nationwide, many Republican-led states that have not fully supported the federal law — including Ohio — have been slow to get eligible people enrolled.  Analysts say there are 812,000 residents of Ohio who qualify for a plan on the federally-run exchange. So far, less than 10 percent of those have signed up.

In contrast, neighboring Michigan, which has partnered with the federal government, has enrolled nearly 145,000 or about 20 percent of those eligible.

Unlike most other Republican-led states, however, Ohio is expanding Medicaid. Adults without dependent children are now eligible for the government coverage for the poor. That will likely help the state further reduce its uninsured rate, which, at 13 percent, is below the national average of 15 percent.

During questioning, Sebelius said Friday that politics has been a factor in Ohio’s low enrollment numbers.

“We see in states where governors have fully embraced the Affordable Care Act and are promoting it throughout the state, there is a different dynamic,” Sebelius said. “Ohio has had some blockades and some issues about having people get the information in a timely fashion.”

Sebelius’s presence in Ohio is a sign of the state’s importance in the overall success of the health law. Ohio is home to 1.4 million uninsured people, which means it ranks eighth among the 50 states in numbers of uninsured.

Jean Polster, executive director of Neighborhood Family Practice, the clinic where the event was held, says sign ups there have surged in recent weeks and she’s hired extra staff to handle the influx.

“It was very slow in the fall; I think all the press around the web site not working [affected interest],” she said, “but over the past few weeks we’ve seen things really pick up, and we’re filling all of our appointment blocks,” Polster says.