Actress Rita Wilson, who was diagnosed with breast cancer and underwent a double mastectomy recently, told People magazine last month that she expects to make a full recovery “because I caught this early, have excellent doctors and because I got a second opinion.”

When confronted with the diagnosis of a serious illness or confusing treatment options, everyone agrees it can be useful to seek out another perspective. Even if the second physician agrees with the first one, knowing that can provide clarity and peace of mind. 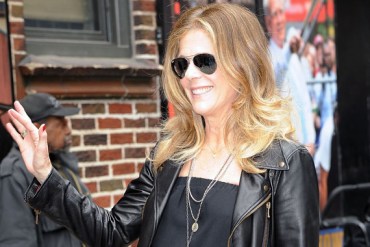 Rita Wilson in New York City in May. (Photo by Chance Yeh/Getty Images)

A second set of eyes, however, may identify information that was missed or misinterpreted the first time. A study that reviewed existing published research found that 10 to 62 percent of second opinions resulted in major changes to diagnoses or recommended treatments.

Another study that examined nearly 6,800 second opinions provided by Best Doctors, a second-opinion service available as an employee benefit at some companies, found that more than 40 percent of second opinions resulted in diagnostic or treatment changes.

“What we don’t know is the outcomes,” says Dr. Hardeep Singh, a patient safety researcher at the Michael E. DeBakey VA Medical Center and Baylor College of Medicine in Houston, who co-authored both those studies. “What is the real diagnosis at the end? The first one or the second one? Or maybe both are wrong.”

That doesn’t mean second opinions are a bad idea. Experts estimate that diagnostic errors occur in 10 to 15 percent of cases.

“There’s no getting away from it, diagnosis is an imprecise thing,” says Dr. Mark Graber, a senior fellow at RTI International who also co-authored the studies. Graber is the founder and president of the Society to Improve Diagnosis in Medicine.

In Wilson’s case, she wrote that after two breast biopsies she was relieved to learn that the pathology analysis didn’t find any cancer. But on the advice of a friend, she decided to get a second opinion, and that pathologist diagnosed invasive lobular carcinoma. Wilson then got a third opinion that confirmed the second pathologist’s diagnosis.

Getting a second opinion may not involve a face-to-face meeting with a new specialist, but it will certainly involve a close examination of the patient’s medical record, including clinical notes, imaging, pathology and lab test results, and any procedures that have been performed. Some people choose to have that second look done by physicians in their community, but other patients look for help elsewhere.

In addition to employer-based services like Best Doctors or Grand Rounds, medical centers such as the Cleveland Clinic and Johns Hopkins in Baltimore also offer individual patients online second opinions.

Face-to-face meetings with specialists who provide a second opinion and review a patient’s medical record are more likely to be covered by insurance than an online consult, but nothing is guaranteed.

“Usually it’s not the second opinion where the hiccup is,” says Erin Singleton, chief of mission delivery at the Patient Advocate Foundation, which helps people with appeals related to second opinions. “It may be that the MRI that they want to do again won’t be approved.”  Many insurers won’t pay for diagnostic or other tests to be redone, she notes.

Patients seeing an out-of-network specialist for a second opinion may encounter significantly higher out-of-pocket costs, particularly if they want to subsequently receive treatment from that provider. In those instances, the foundation can sometimes work with patients to make the case that no specialist in their network is equally experienced at treating their condition.

Of course, asking for a second opinion doesn’t necessarily mean accepting the advice. In the Best Doctors survey, 94.7 percent of patients said they were satisfied with their experience. But only 61.2 percent said they either agreed or strongly agreed that they would follow the recommendations that they received in the second opinion.

Second Opinions Often Sought But Value Is Not Yet Proven