Three years ago, the Obama administration offered hope to millions of overweight seniors when it announced Medicare would offer free weight-loss counseling.

Officials estimated that about 30 percent of seniors are obese and therefore eligible for counseling services, which studies have shown improve the odds of significant weight loss.

But less than 1 percent of Medicare’s 50 million beneficiaries have used the benefit so far. Experts blame the government’s failure to promote the program, rules that limit where and when patients can go for counseling as well as the low fees for providers. 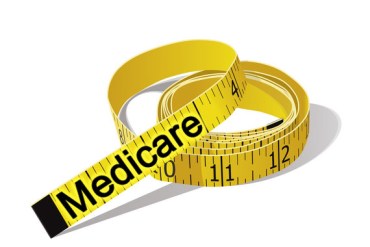 By  comparison, about 250,000 seniors last year used Medicare’s tobacco cessation counseling benefit, which started in 2005 and offers greater flexibility about how providers can offer it. Nationally, 9 percent of seniors smoke, while 30 percent are obese.

Obesity and smoking are the two leading causes of preventable death in the United States. Obesity, which is defined as being 35 pounds or more overweight or having a body mass index above 30, increases the risk of many diseases, including diabetes, heart disease and cancer.

“Doctors get little or no training in weight loss in medical school or residency training, and many doctors tend to view obesity as a matter of appearance and self-control, instead of health,” said Kahan, director of the Strategies to Overcome and Prevent Obesity Alliance, a coalition working to combat obesity.

In Medicare, many of the most knowledgeable providers are not even eligible to participate. For instance, Kahan, a board-certified doctor in preventive medicine, obesity medicine and clinical nutrition, is excluded. That’s because only primary care providers and nurse practitioners or physician assistants working in doctors’ offices, can be reimbursed under the regulations.

Medicare officials say they did that so weight loss counseling could be coordinated with the rest of a patient’s health care. Yet, critics say, the policy cuts out providers with deeper expertise in weight loss, most notably,  registered dieticians, diabetes nurse educators, psychologists and obesity medicine specialists. Bills have been introduced in Congress to expand the list of those eligible to participate, but they have gone nowhere.

Another challenge is the requirement that counseling be provided during a separate appointment, rather than when the patient comes in for other services.

That’s a problem for Dr. Reid Blackwelder, board chairman of the American Academy of Family Physicians, who has many obese seniors in his practice in Kingsport, Tenn. But he’s yet to offer obesity counseling because of the burden of bringing patients in for a separate visit. “That is not how family doctors work,” he said. “It’s not the best use of my time.”

Another deterrent is that Medicare pays doctors about $26 for a 15-minute counseling session. Many primary care doctors can earn three or four times that delivering other services.

“Doctors have too many other competing priorities, and Medicare beneficiaries have so many other medical problems that obesity tracks down to last on the priority list,” said Dr. Robert Kushner, clinical director of the Northwestern Comprehensive Center on Obesity in Chicago.

Originally, Medicare coverage for weight-loss counseling was promising to many obesity providers especially since few insurers, public or private, pay for it.

The federal government has done little to publicize the benefit. A spokeswoman for the Centers for Medicare & Medicaid Services said there has been no publicity except for a mention in the Medicare handbook mailed to seniors’ homes.

While many doctors shy away from discussing obesity issues, regular counseling sessions done in a physician’s office do increase the likelihood of weight loss, according to a 2011 study in the New England Journal of Medicine.

Another study published in the journal Obesity, which was cited by the government when it launched the new benefit, found counseling along with dietary and exercise changes can produce average weight loss of 7 to 8 pounds over one to three years and the change improved blood sugar levels and mobility and reduces the incidence of diabetes.

It worked for Randall Roberts, an 86-year-old retired banker in Valparaiso, Fla., who said he lost 32 pounds after starting counseling at his physician’s office in 2012. He’s now down to 187 pounds and credits his physician’s constant encouragement to change his eating and exercise habits.

“I did not have stamina to go on long walks but he encouraged me to get back on my treadmill,” he said.

Roberts said food helped him cope after his wife passed away a few years ago. Today, he’s learned to cut out fast food, eat salads without fattening ranch dressing and look to nuts for snacks.

Dr. Thomas McKnight, Roberts’ family physician in Niceville, Fla., said he and his staff have provided weight loss counseling to about 30 Medicare patients in the past three years —those who they deem motivated to change.

He said doctors won’t get rich providing the benefit but “when you break it down, the $26 is not as bad a hit as it may seem.” He stresses to patients that weight loss is a gradual process done through small steps, such as limiting portion size and eliminating sodas.

Harry Herrlinger, 74, a retired marketing manager in Santa Rosa Beach, Fla., who calls himself “a former fat guy,” said McKnight taught him the importance of keeping a diary of everything he eats and of exercising.

He has lost 35 pounds in the past year and his diabetes is now under better control, along with his cholesterol. “I’m glad to see Medicare step up and offer this because the country is really obese and the cheeseburger generation is marching in.”