The federal office responsible for appeals for Medicare coverage has cut in half the waiting time for beneficiaries who are requesting a hearing before a judge.

The progress follows an announcement last January that officials were going to work through a crushing backlog by moving beneficiaries to the front of the line and suspending hearings on cases from hospitals, doctors and other providers for at least two years.

The Office of Medicare Hearings and Appeals (OMHA) has decided most of the 5,162 cases filed by beneficiaries in the fiscal year ending Sept. 30, plus 1,535 older cases, according to statistics provided to Kaiser Health News. 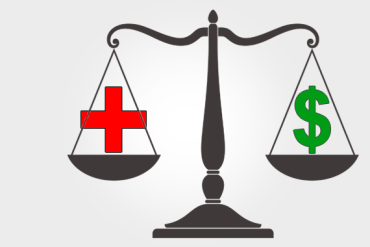 That’s a dramatic change from the year before, when a third of beneficiary cases (1,493) were not decided and nearly half (1,705) of the 2012 cases also were unresolved.

Still, about 900,000 appeals are awaiting decisions, with most filed by hospitals, nursing homes, medical device suppliers and other health care providers, said Jason Green, OMHA’s program and policy director. The wait times for health providers’ cases have doubled since last year, and are nearly four times longer than the processing time for beneficiary appeals.

Hospitals file more appeals than any other provider. The single largest reason is the increasing number of Medicare payment denials for patients who have been admitted to the hospital but whom auditors later say should have been kept instead for observation care, a status that reduces payments.

The rise in beneficiary appeal decisions is a direct result of the “beneficiary-first” policy Chief Judge Nancy Griswold announced last January, said Green. The temporary measure will remain in place as long as there is a backlog, he added.

Since then, beneficiaries have waited 113 days on average for a hearing, compared to 235 days the year before, said Green. This includes appeals from beneficiaries in traditional Medicare and private Medicare Advantage insurance plans. It’s a big improvement but still not in compliance with the federal requirement that an appeal be decided within 90 days after a request for a hearing.

“We are striving toward that 90-day mark,” said Green, who expects the beneficiary appeals backlog will continue to shrink next year.

Reaching the Office of Medicare Hearings and Appeals (OMHA) is the third of four stages in the appeals process and the first opportunity for Medicare beneficiaries or health care providers to present their case before a judge. The odds of winning an appeal at the third stage are far better than at the previous levels, which involve only a review of the case files, the Health and Human Services inspector general has found.

But seniors seeking top priority treatment, must identify themselves by addressing their appeal to an OMHA office in Cleveland and writing “Attn: Beneficiary Mail Stop” on the envelope. Griswold announced the new mail address last February, and it is part of the instructions beneficiaries receive when their appeal is denied at the second level.

Beneficiary appeals filed before the new policy was established may be languishing in the backlog pile until officials find them.

“Beneficiaries can help us to help them get to the front of the line,” Griswold said at a meeting in October. She urged those beneficiaries to write to her office using the special mailing address or to call her office at 855-556-8475.

Seniors’ Wait For A Medicare Appeal Is Cut In Half