New treatments for hepatitis C that cost at least $66,000 to $84,000 may work better than older drugs, but their cost undermines their value to the health system, a panel of experts said during a daylong forum in San Francisco.

“The price makes it very hard for the health care system,” said Steve Pearson, who oversaw the meeting Monday for the California Technology Assessment Forum, a group affiliated with health insurers that holds public meetings to weigh evidence on new treatments. 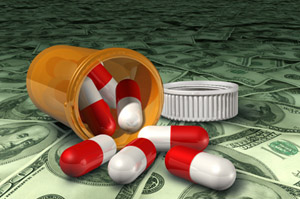 The 15-member panel, which included representatives of hospitals, insurers and patient advocates, did not make specific recommendations on how to prioritize use of the drugs, which hit the market late last year. Sovaldi, made by Gilead Sciences, costs $1,000 a pill. Slightly less expensive is Olysio, made by Johnson & Johnson.

Panel members and outside experts nearly all agreed that for cost and medical reasons, not every patient with hepatitis C needs to be immediately treated with the new drugs.  An estimated 3 million Americans carry the viral infection.

“I can’t imagine how that would be feasible without bankrupting our system,” said Rena K. Fox, a professor of medicine at the University of California, San Francisco, invited by the forum to speak as an outside expert.

“What I really wish for is that we could push back on the price, rather than make patients wait. But since we don’t have the ability to change the price, we have to decide which patients are the most urgent.”

Drugmakers defend the prices citing research costs and saying the pills are curative for many patients, thus avoiding costly complications like transplants.

Both outside experts and some panel members said that waiting might be a better answer for some patients – particularly those with little or no liver damage – because additional treatments are expected to hit the market within a year.  Patients with more advanced liver damage from the virus would be treated first.

Healthier people had also waited to use the older drugs, hoping for something to come along that would have fewer side effects.

Hepatitis C is a chronic infection that can take years or decades to progress.  Over time, it can lead to cancer, cirrhosis or the need for a liver transplant.  At least 70 percent of those infected have no symptoms. It is spread mainly by intravenous drug use, but many people were unknowingly infected by poorly sterilized medical equipment and blood transfusions before widespread screening of the blood supply began in 1992.  Some may also have been infected through tattoos and piercings with contaminated needles.

But patients may not want to wait, said Ryan Clary, executive director of the National Viral Hepatitis Roundtable, a consumer group partially funded by the drug industry. Television advertisements sponsored by Gilead are encouraging people to be screened for hepatitis and to talk with their doctors about new treatment options.

“If I was hepatitis C-positive and someone said there’s this great treatment, but can you hold off because you’re healthy and it might bankrupt the system … patients don’t think like that,” said Clary, another outside expert asked to speak at the forum.

Private insurers, as well as those serving Medicaid patients, are wrestling with how to cover the new drugs. Many say they will require prior authorization and may limit coverage to the sickest patients.  Some Medicaid insurers have asked states for additional help in paying for the drugs.

A draft report prepared in advance of the San Francisco forum estimates that if every patient in California with advanced liver damage were treated, the cost would be $6.3 billion.

Recommendations that stemmed from Monday’s meeting – including the panel’s votes on a host of questions about the effectiveness of the new treatments compared with older regimens – will be released within a month.

Should Healthier Patients Be Asked To Wait To Use Costly Hepatitis C Drugs?