WILLIAMSON, W.Va. — At the turn of the 19th century the infamous Hatfield and McCoy families fought a bitter feud in the rolling Appalachian hills of Mingo County in West Virginia.

These days a different kind of battle is being waged in this coal mining county and its neighbor, McDowell, against dangerously high rates of disease, drug abuse and early mortality. 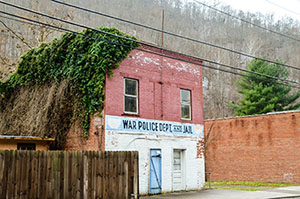 The main street in War, a small town in rural West Virginia, reflects the economic struggles of a once thriving coal mining town (Photo by Ankita Rao/KHN).

Some of the area’s health care needs are expected to be met by increased access to insurance under the federal health law. Medicaid eligibility is being expanded, and for many individuals buying policies on the state’s insurance website there will be federal subsidies.

But having watched their friends and family suffer, some local residents have taken matters into their own hands. 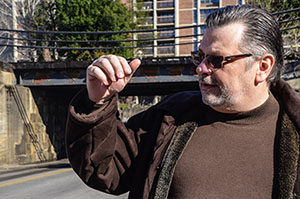 For years, Williamson Mayor Darrin McCormick watched his town, Mingo’s county seat, rank low on every determinant of good health. Diabetes and obesity are nearly triple the U.S. rate. Premature death is at least 40 percent higher than the national benchmark, according to the Robert Wood Johnson Foundation. And 17 percent of the population is uninsured, compared with 11 percent nationally.

McCormick, a jovial, enthusiastic man, said he was frustrated and embarrassed and determined to find a way out.

That’s how “Sustainable Williamson” was born in 2010. The project combined ideas and initiatives from local officials, community members, nonprofit organizations like the Diabetes Coalition and faith groups to address both the economy and the well-being of a community where unemployment and drug use were climbing.

Hundreds of residents now gather for 5K races, and running and walking clubs have cropped up in this small town on the Tug River, marked by narrow downtown streets, charming red brick buildings and neighborhood barber shops and pharmacies where customers are greeted by name. A community garden grows alongside an old train track, and three greenhouses have been built next it. A weekend farmers’ market brings fresh produce to a town where fresh fruits and vegetables are often in short supply. 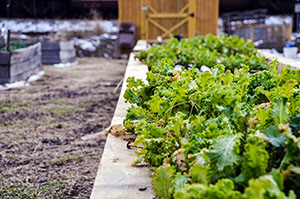 But improving residents’ health will take more than money, said McCormick. “This is a more grassroots movement.”

In neighboring McDowell County, some residents are worried there is no way out.

“There are probably more people on drugs than not — you go down the road, you worry someone’s going to hit you,” said Kasondra Ramsey, an after-school teacher who lives in War, a town in the southern part of McDowell County.

But local organizations are hoping to turn things around, even if success means making sure things just don’t get any worse.

“We don’t expect someone to come riding in on a great white horse and solve everything,” said Kathie Whitt, director of Families, Agencies, Children Enhancing Services, a McDowell County nonprofit.

Her organization ran a breast cancer awareness campaign with funds from the Susan G. Komen Foundation that led hundreds to get tested. In addition, the Tug River Health Association has held screenings and preventive care clinics, and grocery stores have started to promote healthier snacks.

Local initiatives to address the counties’ health care issues are more useful than outside interventions, according to Richard Crespo, professor of community health at Marshall University in Huntington, W.Va. Crespo said Appalachian culture places a lot of emphasis on “clan” networks; people are more likely to trust people they know.

For Vicki Hatfield (yes, those Hatfields), a nurse practitioner and head of the Diabetes Coalition clinical team in Mingo County, personal familiarity with the community has made a difference in her work.

Hatfield and her team visit patients’ homes and assess data, from behavior to blood sugar levels. She said home visits reveal personal problems — how patients might run out of food stamps at the end of the month, or whether an abusive boyfriend is living off a working mother’s salary. Being local helps get her in the door.

“The most important thing is to meet people where they are,” she said.

Measuring the impact of community initiatives can be difficult — especially when they are multifaceted, like Sustainable Williamson, Crespo said. It might take years to move the needle on early death rates or drug use. But that doesn’t mean change isn’t happening.

“The most critical indicator of success to me is the number of community partnerships,” he said.

And for the volunteers, nurses, social workers and community members hoping to change the dismal health outcomes that overshadow their hometowns, every step forward is worth counting.