With health coverage for one million Floridians hanging in the balance, time is running out on the Republican-dominated Florida Legislature to approve the health law’s Medicaid expansion this year. The focus is now on three Republican leaders who might cut a deal before the legislative session ends May 3.

Gov. Rick Scott reversed his earlier opposition and now supports taking $50 billion in federal funds over the next decade to expand coverage. House Speaker Will Weatherford opposes that idea and instead wants to spend $3 billion in state funds over that same period to help provide more limited coverage to 115,000 people. Senate President Don Gaetz, a former hospital administrator in Jacksonville who later founded a for-profit hospice company, said he not yet taken a position, but most Senate leaders want to accept the federal money and use it to put people into private coverage. 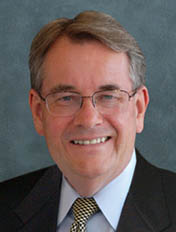 Kaiser Health News reporter Phil Galewitz sat down with Gaetz in his office in Tallahassee last week to discuss the issue. His comments have been edited for clarity and space.

KHN: With time running out in the legislative session, how you bridge the ideological divide between those in the legislature who want to accept the federal funding to expand Medicaid and those that don’t?

GAETZ: I believe the debate in Florida represents the debate in this country. It’s been more than 10 years since Hillary Clinton pioneered the idea of dramatically changing our health system. … The debate in this country has been extended and emotional ever since, and the debate is not over. The debate in Florida is a microcosm of that. There is a desire from both the [Florida] House and Senate, Republicans and Democrats, to find some way to provide more health care coverage to more Floridians. It’s taken more than than 10 years for federal policymakers to arrive at a solution, so it’s not surprising that it is taking us some time.

KHN: What is your position on Medicaid expansion?

GAETZ: I do not want to bigfoot the debate. … I think the straightjacket which HHS Secretary Kathleen Sebelius has tried to put on states by saying all or nothing [on Medicaid expansion] is really having a cooling effect on what otherwise would be innovative ideas. The way I read the law is there ought to be room for innovation. But the choice of full expansion or no expansion is very unfortunate,  and … I wish that Secretary Sebelius had not taken such an inflexible hard line position.

KHN: Why is it so difficult to accept $50 billion in federal dollars to expand Medicaid?

With Time Running Out, Florida Medicaid Expansion Is In Doubt

GAETZ: Because the $50 billion does not exist. It isn’t there. The money is not in the United States Treasury. It’s in China, or it’s virtual money made by simply devaluing our currency. … I am not opposed to taking federal health care dollars. They are our dollars to some extent. … But we have to acknowledge the money will have to be borrowed — and it will have to be borrowed from countries that do not like us very much. That is not an ideological point of view. It is a fact.

KHN: Is this view a carryover from your opposition to the passage of the federal health law in 2010?

GAETZ: I swore an oath to preserve, protect and defend the laws of the United States and the state of Florida. There are federal laws that I don’t like very much but I am obliged to uphold. Some tea party friends say we ought to nullify Obamacare and ought to plant a flag and say we are not going to implement the law. But that would violate my oath of office. So no, I don’t think I am trying to obstruct implementation of the law. … But the Supreme Court said it was up to states how we implement certain sections of the law.

KHN: Why not put all newly eligible into Medicaid managed care, a strategy the state has been pursuing for years?

GAETZ: It comes down to can we always expect the federal government to keep all its promises with respect to funding initiatives in health and human services. …The federal government has not always kept all its promises. Not because Congress or the president intended to mislead, but because fashions in Washington change. In three years, when the 100 percent federal funding for Medicaid will run out, President Obama will be packing his bags to leave the White House.

KHN: The hospital industry in Florida is pushing hard for the state to expand Medicaid, saying it will help people gain coverage and financially help hospitals.

KHN: So you agree hospitals will be worse off without expansion?

GAETZ: Hospitals will not be worse off than what they are today.

KHN: But hospitals say they will lose billions of dollars if the state does not expand Medicaid because of the Medicare cuts they agreed to as part of the health law.

GAETZ: These are the same hospitals that signed onto the Affordable Care Act. They must have made a bad bargain.

KHN: What do you say to the 1 million Floridians who may fail to get health coverage if the Legislature does not expand Medicaid?

GAETZ: Please join us in asking Secretary Sebelius to not put a Washington straightjacket on Florida but to be open to help us come up with a Florida solution that works for our state and is based on economic realities that we believe exist.

KHN: Is being on Medicaid better than being uninsured?

GAETZ: Yes. But rancid food is better than no food at all.

KHN: What happens if the Florida legislature fails to act, or come to an agreement on Medicaid expansion?

GAETZ: It would be unfortunate. I do not think the House or Senate or Republicans or Democrats desire to do nothing. No one is proposing doing nothing. …There are multiple ideas and at least three proposals here, but Washington has said you have to do it all our way or nothing. So if nothing is done, then Secretary Sebelius owns a good bit of the blame. We would like to do something, but we may not be able to do everything that Secretary Sebelius wants us to do.

KHN: With hospitals, unions, employers, consumer advocates and insurers pushing for Medicaid expansion, how come it’s meeting so much resistance in the Florida Legislature?

GAETZ: If you steal from Peter to pay Paul you can usually count on Paul’s support. I think you are hearing from Paul. Peter is the one paying the bill.