Charles Prozzillo’s life changed for the worse when Medicare stopped paying for his ambulance rides to dialysis a year ago.

The 72-year-old Pennsylvania man, who had been a hairdresser with his own salon and volunteer firefighter in his younger days, was being treated for late-stage kidney failure. Three times a week for five years he had gone to a dialysis facility to have his blood cleansed of waste, a job his kidneys could no longer do. The sessions gave him cramps and tired him, but they kept him alive.

He could still sit up and walk a few steps. He wasn’t bedridden. That’s why Medicare cut off his rides.

In December 2014, Medicare began a pilot program in three states, including Pennsylvania, to cut down on what officials believed were improper payments, including some possible fraud and abuse, in nonemergency ambulance services. The program moved to more aggressively enforce Medicare’s long-standing policy requiring that beneficiaries be so weak they could only be moved on a stretcher before it would pay for repeated, nonemergency ambulance service — the kind that Prozzillo had been getting but technically wasn’t entitled to. And ambulance companies had to get Medicare’s approval in advance so that Medicare could be sure beneficiaries qualified.

The policy covered other patients needing regular medical treatments, too, such as those on chemotherapy.

To help her father, Prozzillo’s daughter, Ashely Kearsley, alternated with her 70-year-old mother in driving him to treatment. They couldn’t afford to pay for transportation.

On Sept. 21, while getting out of the car in his driveway, he fell, breaking a hip. Prozzillo was taken to a hospital and then to a nursing home. He died Oct. 14.

Kearsley blames Medicare. While her father didn’t qualify for the stretcher that Medicare pays for, she argues he needed professional assistance for trips. 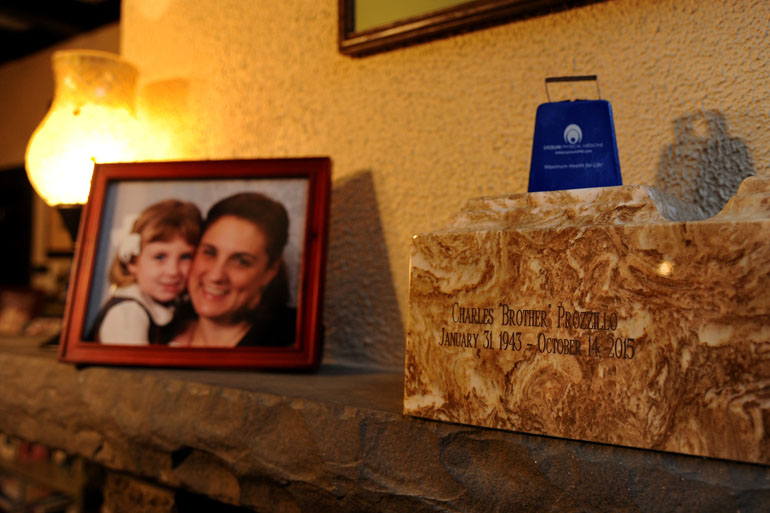 The cremated ashes of Prozzillo are in an urn on the mantle in the Ft. Washington, Pennsylvania living room of his daughter Ashely Kearsley, pictured in framed portrait with her daughter Chloe. (Tom Gralish/The Philadelphia Inquirer)

“There should have been another alternative for him. I understand people have taken advantage of Medicare, my father was not one of them. And now he’s gone,” said Kearsley, who lives in the Philadelphia suburb of Fort Washington near her mother.  “He would have lived longer.”

The crackdown by Medicare was conceived to address problems cited by federal watchdogs.

The Department of Health and Human Services’ inspector general in 2006 noted that 27 percent of Medicare-paid ambulance transports to and from dialysis facilities in 2002 did not meet Medicare’s requirements, leading to $48 million in improper payments.

In 2013, the Medicare Payment Advisory Commission said that Medicare paid almost $700 million for ambulance service to and from dialysis facilities in 2011 — 13 percent of all Medicare ambulance spending — and the volume of claims for those transports rose 20 percent between 2007 and 2011.

So the Centers for Medicare & Medicaid Services, the part of HHS that oversees Medicare, announced it would require prior authorization for “repetitive, scheduled, non-emergency” ambulance transport in New Jersey, Pennsylvania and South Carolina. All three states showed evidence of high usage and improper payments. Up to 12 rides could be provided without prior approval, but authorization would be needed every 60 days.

This year, CMS expanded the test to the District of Columbia, Delaware, Maryland, North Carolina, Virginia and West Virginia.

The experiment is set to continue until Dec. 1, 2017, CMS said in a notice published Oct. 23 in the Federal Register.

CMS will continue to test “whether prior authorization helps reduce expenditures while maintaining or improving quality of care,” according to the notice.

At some point, the prior authorization requirement could be expanded nationally. HHS was authorized to do that in legislation passed by Congress in 2015 and signed into law by President Obama in 2015. 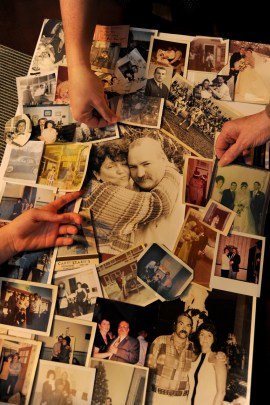 The hands of his “girls” touch a photo montage of the life of Charles Prozzillo made by his family for his memorial service. (Tom Gralish/The Philadelphia Inquirer)

CMS said last month it did not yet have any “conclusive findings” about the impact on beneficiaries. It plans to do an evaluation after the policy ends next year.

The restrictions have aggravated some families and ambulance companies.

In New Jersey, Terry Wasko said she’s been paying $500 a week to cover a private ambulance since December 2014 when Medicare stopped paying for her mother’s transportation to dialysis by stretcher three times a week. She lives two hours away from her mother’s home on the Jersey Shore.

“She’s in an in-between place where she can’t really cross the room because of the arthritis in her hips and knees, and as a result of sitting so much, she has pressure wounds on her behind and backs of legs,” Wasko said.

“What’s a shame is that it’s not the individual patients who were abusing anything, and they’re the ones that are getting punished. But shame on Medicare, because they allowed themselves to be abused by vendors,” she said.

Some ambulance operators say they feel caught between wanting to help sick people and obeying the rules that determine whether Medicare will pay them.

Monet Daniels, with Cardinal Ambulance in Montclair, New Jersey, said her firm has dropped many patients who no longer qualify for Medicare-paid nonemergency transport and has also reduced the fee for stretcher service to some people who pay out of pocket.

“We feel bad because they’ll still call from time to time, but basically there is a gap in the system. We have had patients call crying and say, ‘What am I going to do, just sit here and die?’ ” Daniels said.

Marsha Simon, a medical transportation consultant in Washington, D.C., suggested Medicare start paying for wheelchair vans to dialysis. The government would save money in the end by avoiding costly emergency room visits and subsequent hospitalizations, she said.

In fact, Medicaid, the federal-state health program for low-income people, pays for nonemergency wheelchair transport and it has been picking up some of the costs for those enrollees who qualify for both Medicaid and Medicare. In New Jersey last year, Medicaid paid for 400 more wheelchair van trips a day and 600 more trips a day to dialysis, according to LogistiCare, which manages transportation benefits for Medicaid in the state.

Still, suitable transportation options are few in some places. In the four counties that surround Columbia, South Carolina, the only alternatives to Medicare-paid dialysis transportation is to qualify for Medicaid or pay for the transportation out of pocket. There is scheduled bus service for disabled people, but the bus does not pick up at individual residences.

Twenty ambulance companies have closed in South Carolina since the new Medicare policy went into effect. To Greg Shore, president of Medshore Ambulance Service in Anderson, South Carolina, that’s a sign that the program is weeding out fraud. “I feel more comfortable with this program,” he said, because he knows before picking up patients if Medicare will pay him.

“I’ll go out of business before I let someone die because they haven’t been to dialysis for two weeks.”

Some Dialysis Patients Give Medicare Failing Grade On Ambulance Trial