Saving for health care after retirement is less costly than it was just a few years ago thanks to the slowed growth of health care spending. But that’s just part of the picture. 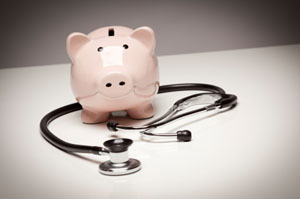 A new report from the Employee Benefit Research Institute found that Medicare beneficiaries, who are 65 years or older, would need to save six to 11 percent less in 2013 than they did in 2012.

Men hoping for a 50-percent chance of having enough money saved for retirement health costs would need an average of $65,000. For women, who have longer life expectancies and related costs, the savings goal would be about $86,000.

“These numbers are still uncertain, and they’re still high,” said Paul Fronstin, director of the institute’s research and education program, and author of the report. “But I don’t want to minimize the good news – they may be less shocking than they were.”

Even so, saving for retirement won’t necessarily be easier in coming years. The report notes that its analysis doesn’t account for long-term care expenses like nursing home care, or for costs incurred by those who retire before they’re eligible for Medicare.

Some employers may also scale back their worker benefits, and pension program changes could mean less retirement savings, said Patricia Neuman, director of the Kaiser Family Foundation’s Program on Medicare Policy and its Project On Medicare’s Future. (KHN is an editorially independent program of the foundation.)

She said that racial and ethnic disparities would also persist, and that black and Hispanic populations were projected to see fewer gains in income, assets and health care access.

Some Good News About Saving For Retirement Health Costs