More than 17,000 fourth-year medical students found out where they’ll be completing the final years of their medical education on “Match Day” last Friday. But unlike most of their peers at the Johns Hopkins University School of Medicine, John Zampella and Matthew Huddle weren’t focused on where they’ll be doing their medical residency training. Instead, they were more eager to find out if they had been accepted together. 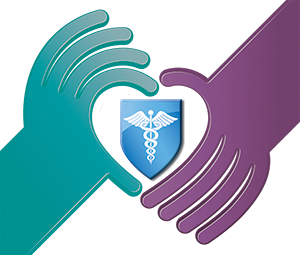 Zampella and Huddle were among  the 935 couples who decided to have their list of preferred medical residency programs linked. This allowed them to potentially match together based on certain preferences including geographic location. This year’s total number of applicants applying for residency as a couple reached an all-time high, up from just 347 when couples could begin asking to be matched together in 1987. Claire Herbert, the director of communications of the National Resident Matching Program (NRMP), says applicants were always free to couple in any way, and today those requests come from married students, gay couples, siblings, best friends and others.

On Friday, Zampella and Huddle learned they were staying in Baltimore. Zampella was matched to dermatology and Huddle to otolaryngology, which is the specialty dealing with ear, nose, and throat issues, at the Johns Hopkins Hospital.

But despite their success in matching as a couple, the pair did have concerns through the process. “We didn’t want to end up in a place where being gay would be an issue,” Huddle said. They chose to make their status as a same-sex couple apparent. “Being out on the application was kind of a way of filtering out those places that just wouldn’t be a good fit for us,” Huddle added. Huddle and Zampella said they had positive experiences as they interviewed at various programs across the country.

“There is clearly concern about discrimination,” said Dr. Lee Jones, the associate dean for student affairs at the University of California-Davis School of Medicine. “People have stereotypes by thinking it’s in regions of the country.” According to Jones, gay medical students often believe it’s easier to be out as a gay or lesbian couple in areas such as in metropolitan cities. Jones advises his own students to visit the programs to see how welcoming they are and to check to see if the programs’ anti-discrimination policies include sexual orientation.

Shane Snowdon, adds that the fear of discrimination is not limited to geographic areas but also is noted in medical specialties. “The surgical specialties are ones where students have historically felt much less comfortable being out in applying to than other specialties,” said Snowdon, the director of the health and aging program at the Human Rights Campaign, an advocacy group for lesbian, gay, bisexual and transgender issues, and the former director of the LGBT Resource Center at the University of California-San Francisco.

“I do think that things in the last couple of years have turned around,” she added. “There are many more students applying to states that lack non-discrimination laws, where LGBT visibility is lower, and to programs where they have not previously had out applicants. We’re still working on it.”

Some Medical Students Seek A Match For Two