The 20 million Americans who have gained health coverage under the Affordable Care Act don’t yet know exactly how the presidency of Donald Trump will change their lives — and reactions to that uncertainty range from anxiety to apathy.

“My phone is ringing off the hook,” said Billy Bradford, an insurance broker in Montgomery, Ala. “People are just in panic mode here.”

One call came from an older couple who had recently retired. Right now, the couple pays $57 per month for their insurance plan; without the subsidy they receive through the health law, the cost will shoot up to $2,000 a month. “They called me in tears afraid. They would not be hired back at their old jobs and are in poor health,” said Bradford.

But another set of consumers — who perhaps are healthier or feel like they are paying too much for too little coverage — may welcome a change. Trump told the Wall Street Journal on Friday that the law would be “repealed and replaced or amended.”

On Sunday, Trump was upbeat but vague about what that change might be, telling 60 Minutes: “It’ll be great health care for much less money. So it’ll be better health care, much better, for less money.”

It’s been well-documented that the public remains deeply divided over the law, which has been controversial since it passed in 2010. A recent Gallup poll found that 51 percent of respondents are in favor of repealing Obamacare, while 45 percent oppose repealing it. But of those Americans actually enrolled in either marketplace coverage or expanded Medicaid, about 80 percent say they are somewhat or very satisfied with the coverage, according to a survey by the Commonwealth Fund.

Denise Martinez Gascoigne, 49, in Greenland, N.H., has been paying $1,130 in premiums each month for insurance for her family of four that she purchases through the state’s exchange. Their deductible is $5,000 per person. Gascoigne and her husband are both self-employed and earn too much money to qualify for a subsidy.

“It’s so ridiculous that we pay over $1,100 a month, and we’re still left footing the bill for whatever prescription or procedure we might need in addition to the health insurance,” she said. “We just don’t go to the doctor.” Her premium is set to increase to nearly $1,330 in 2017.

Gascoigne, who is a Democrat, is “very disappointed and distraught” over the results of the election and supports a single-payer health system. Nonetheless, she said, she’s “somewhat indifferent” to the impending changes to the Affordable Care Act. 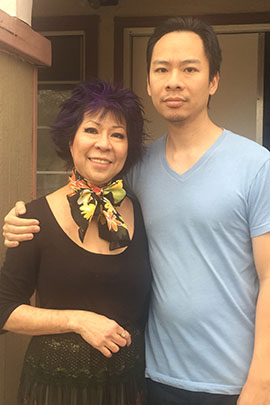 Tuan Nguyen, 38, worries what changes to the health law will mean for him and his mother, Tammy Nguyen, 61. (Courtesy of Tuan Nguyen)

But in Crystal, Minn., Xochitl Mendoza Ramirez is far from indifferent. She fears that she will lose her coverage: “I felt like throwing up. The past two days, it’s been me having these moments of crying at work.”

Ramirez, 22, has made good use of the insurance she gets through her state’s expansion of Medicaid, the government’s program for low-income adults. “If it wasn’t for the Affordable Care Act, there’s no way I would have gotten my gallbladder out or even gone to the doctor. I just couldn’t afford it.” She also relies on the insurance for therapy and medications for bipolar disorder.

Ramirez doesn’t know how she’ll get health insurance without the Medicaid expansion. She works two part-time jobs in retail, but neither provides health insurance. Any changes to the law are likely to take months or years before they go into effect, but Ramirez is already preparing for the worst. “As soon as I found out he was elected, I started making phone calls to get an IUD,” she said, referring to an intrauterine device for long-acting birth control. She found a doctor to do the procedure this week.

Tuan Nguyen, 38, in San Jose, Calif., has been paying $105 for a subsidized plan on the exchange. Recently, he’s been diagnosed with digestive problems and acid reflux and was pleased that each doctor visit cost him just $5.

“I’m happy with the plan. I’m just sad to have it taken away from me right when I really need it,” he said. “If the subsidy goes away, I’ll have to pay full price. That’s close to $500 or so. I can afford it, but it’s something that will definitely take a chunk out of my income. It would be a crunch.” 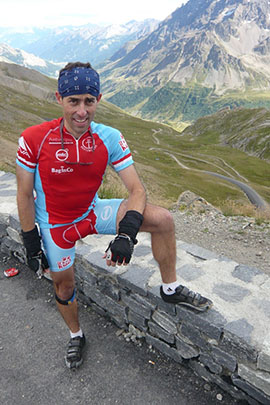 Richard Coppola, 48, says the Affordable Care Act has been a failure, but he is still concerned about what repealing the law would mean for him. (Courtesy of Richard Coppola)

But he’s much more worried for his mother, who is being treated for Stage 4 lung cancer and receives her insurance through California’s Medicaid program. Nguyen worries that if the Republicans change the way they pay for Medicaid by making it block grant program, as they’ve promised, the funds for her $8,000-a-month medications could dry up. “I’ve thought about this the past few days. It’s been on my mind like crazy,” he said. “Right now she’s getting medication that’s extending her life. It could allow her to live years instead of months. … Are they going to pull the plug on her medications?”

Rebecca Geitz of Austin, Texas, said her subsidized premiums have been affordable, but her plan “is the most useless thing in the world. No one takes it!” When Geitz, 33, did get sick, her copays were so expensive that she said it was cheaper for her to just pay an urgent care clinic out of pocket. Nonetheless, she said, “I do know that if a serious emergency happened my coverage would help to some degree.” If the law is repealed, she worries she may not even have that.

Richard Coppola, 48, believes the Affordable Care Act has been a failure. He pays $378 for a plan with a $2,000 deductible, and his premiums are going up to $480 next year. But still, he said, he’s “terrified” about going back to a world without it. He worries about a system where he could be denied coverage for once having a mole removed years ago. He’s also concerned about lifetime cost limits being restored and the loss of subsidies for people with low incomes.

“The ACA is a piece of garbage,” Coppola said, “but the Wild West before was a lonely place.”

Update: This story has been edited to add a reference to survey data on Obamacare enrollees’ overall satisfaction with their coverage.

Some Panic, Others Shrug At Prospect Of Losing Obamacare