How is quality of life affected by getting health insurance?

Positively, both financially and mentally, a new study says. 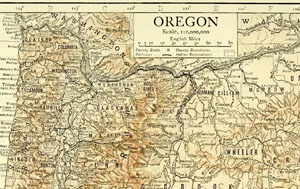 A group of researchers — led by economists from MIT and Harvard –sought to answer that question when they studied how getting health insurance coverage through Medicaid affected the health and well-being of low-income Oregon residents in a study published today by the National Bureau of Economic Research. The study, which used surveys and hospital data to compare the experiences of 30,000 patients, found people who were assigned randomly to the Medicaid program versus those who went without health insurance were more likely to report that they were in good health.  They were also more likely to get preventive health care and had an improved financial situation.

Anna Wilde Mathews, in the Wall Street Journal Health Blog, reports that “(t)he new paper … focuses on an Oregon program that let certain low-income adults qualify for Medicaid through a random lottery process. That conveniently established the conditions for the gold standard of scientific research, a randomized controlled trial. … Overall, health-care expenditures for those who got coverage went up by roughly a quarter, which translated into about $778 a year. Those who received Medicaid were around 60 percent more likely to get mammograms — the proportion receiving the screening test rose to nearly 50 percent from 30 percent.”

At The Incidental Economist, Austin Frakt takes a break from his vacation to point out some study results. Compared to those who were uninsured, the Medicaid group “had a 40% lower probability of needing to borrow money or skip payment on other bills because of medical expenses … were 70% more likely to have a usual source of care (and) were 55% more likely to see the same doctor over time.”

At the New York Times’ Economix blog, David Leonhardt writes: “The researchers have followed the subjects for only a year so far, so the paper has some clear limitations. But it nonetheless suggests that having health insurance substantially improves health. Expanding insurance does not save society money — as some advocates of preventive medicine have claimed — but it does appear to make people mentally and physically healthier. The authors point out that the insurance in question — Medicaid — is the same one that many uninsured people will receive as part of the health care law. For that reason, among others, the paper suggests that the law is likely to improve the health and well-being of many of the uninsured.”

Jonathan Cohn, writing in Kaiser Health News, says that, until now, it’s been difficult to offer evidence to dismiss conservatives’ arguments that Medicaid doesn’t help beneficiaries and might actually hurt them. “The reason: When you’re comparing people on Medicaid to people with no health insurance, there’s no simple, sure-fire way to account for the underlying differences in the two populations. For example, if you know you suffer from serious medical problems, you’re more likely to sign up for public insurance when it’s available. As a result, the Medicaid population may be fundamentally sicker than the uninsured population — and end up with worse medical outcomes, even if they’re benefiting from the program’s coverage. … I’m not naïve enough to think this paper will make Medicaid’s most ardent critics rethink their position. But it should.”

Aaron Carroll, also at The Incidental Economist, reiterates that Oregon’s Medicaid lottery “was a randomized controlled trial,” which is “pretty much the best way to prove causality, especially if it’s well done. So if you wanted to prove that Medicaid causes bad outcomes (as many do), this would be the way to prove it.” But this study “shows that Medicaid is both good for health and provides a significant financial benefit for its recipients. … There’s no such studies or evidence showing the opposite, that Medicaid is bad for health. We’ll see if that talking point goes away.”

Ray Fisman, writing in Slate, says, “There are limits to what you can extrapolate from one, single-year study of 10,000 Medicaid recipients in Oregon to health care reform more generally. …  We’ll have more information on these long-term effects as researchers survey participants in the Oregon Medicaid lottery in future years. … For now, though, the study represents the best evidence we’ve got. And based on its findings, Medicaid seems like a very cheap way of making Americans better off, and the goals of the Affordable Care Act well worth fighting to put into practice.”

Others aren’t convinced the study is an indicator of Medicaid’s cost-effectiveness or worth. Michael Cannon, writing in National Review’s Critical Condition blog, says, “For Medicaid to be cost-effective, it must (A) produce benefits and (B) do so at the same or a lower cost than the alternatives.”  He continues that the Oregon Health Insurance Experiment “establishes only that there are some (modest) benefits to expanding Medicaid (to poor people) (after one year). It tells us next to nothing about the costs of producing those benefits, which include not just the transfers from taxpayers but also any behavioral changes on the part of Medicaid enrollees, such as reductions in work effort or asset accumulation induced by this means-tested program. Nor does it tell us anything about the costs and benefits of alternative policies.”

There are other caveats to the study’s positives, Kevin Drum writes in Mother Jones: “On the negative side, emergency room use didn’t go down and overall spending increased. … I think both sides sometimes go overboard on Medicaid. Reformers often claim that overall costs will go down because providing health coverage makes people healthier. Maybe, but I think there’s little evidence of this. The fact is that if you add people to the Medicaid rolls, we’re going to have to pay for it. Conversely, opponents of Medicaid like to claim that it doesn’t actually improve outcomes. But this is true only if you look narrowly at things like life expectancies.”

Sounding Off On Medicaid’s ‘Big Difference’ In Quality Of Life