One July evening, Carol Harnett was in a crosswalk in downtown Portland, Ore., when a driver made an illegal turn and hit her. Transported by ambulance to a hospital, she was diagnosed with a severely sprained right ankle and left wrist, as well as a concussion.

At the emergency room, doctors gave her steel-reinforced braces for her wrist and ankle and told her she was free to go.

“But I can’t walk,” Harnett, president of the nonprofit Council for Disability Awareness, recalled saying. With a third-degree sprain, the ligaments in her right ankle were completely torn and she couldn’t bear weight on it.

“They said, ‘If you broke a bone, we could give you a wheelchair, but you didn’t — so, we don’t think your insurance will cover it,’” she recalled. Instead, after signing a waiver agreeing to pay whatever her insurance didn’t cover, they gave her a pair of crutches to use while in Portland to give a speech. 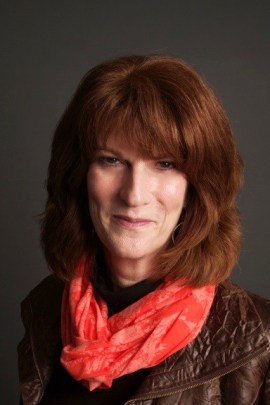 After being hit by a car, Carol Harnett was unable to walk temporarily because of the severe sprain in her right ankle. But doctors told her that her insurance would likely not cover a wheelchair. (Courtesy of Erin Caruso)

Her hotel was more accommodating, loaning her a wheelchair at no charge.

If you have a car accident or get hurt on the ballfield or trip on the stairs, chances are good that you have no idea how your insurer would cover the wheelchair, walker or knee brace you may need.

Your cost for “durable medical equipment,” as these devices are called, may be small compared with the bills for your emergency or specialist care. But if you’re paying for such equipment out-of-pocket, it’s worth your time to look into your coverage and figure out how to get the best deal.

Harnett’s 2015 accident was later determined to be work-related, and the workers’ compensation program paid for her care. If that hadn’t been the case, she would have been on the hook for the crutches because her own insurance plan didn’t cover any durable medical equipment that could be purchased over the counter. It would have covered the reinforced wrist and ankle braces, but only after she met her deductible.

“Historically, [durable medical equipment] has always been a weak point in coverage,” said Harnett, who is familiar with these insurance issues because of her disability work. A typical employer plan covers 80 percent of the cost after the deductible is met, according to Harnett.

But some consumers may not get that benefit. “We’re seeing more skinny plans with no durable medical equipment coverage at all,” said Thomas Ryan, president and CEO of the American Association for Homecare, an advocacy organization for home care equipment manufacturers and providers.

Under the Affordable Care Act, many insurance plans are required to cover a range of essential services, such as hospitalizations and prescription drugs. But durable medical equipment isn’t among them, except for breast pumps, which most plans must cover.

These days, insurers often contract with selected medical supply companies to provide equipment, just as they negotiate rates for other services. But patients often don’t realize that, said Alice Bell, a physical therapist and senior payment specialist at the American Physical Therapy Association, a professional group. Patients who don’t use an insurer’s preferred provider may be charged a higher rate or have to pay the entire amount out-of-pocket, she said.

“It’s important to make sure the supplier is in-network, even if the doctor prescribes it, because it varies,” Bell said.

When Bruce Lee, 48, strained a ligament in his left leg, his doctor prescribed a walking boot and gave him a list of medical suppliers. The doctor warned Lee to make sure he chose one in his insurance network.

Lee selected a supplier near his Fairfield, Conn., home that he described as a “medical Disneyland” of assistive devices. Although it was convenient, the supplier didn’t accept his insurance. He paid about $320 for the boot and used his flexible spending account to cover the cost.

To make matters more confusing, hospitals, urgent care centers and physicians may themselves negotiate with insurers or Medicare to become an approved supplier of medical equipment for their patients, or they may contract with a medical supply company to provide those items.

Wanda Wickizer didn’t know what to think when her 23-year-old daughter got a $40 bill from a medical supply company for a wrist brace she received at an urgent care center after falling down stairs at a friend’s house in Norfolk, Va.

The company was in her daughter’s insurance network, as it turned out.

Still, “it boggled my mind that they were allowed to bill her, because she never saw anyone from there,” Wickizer said.

Whatever the arrangement, the key for the patient is to find out whether whoever is supplying the equipment is in their insurance network and how much they’ll owe out-of-pocket.

Insurers might approve coverage of medical equipment only if a provider certifies it’s medically necessary. Even with a doctor’s OK, approval isn’t assured. The “fancier” a piece of equipment is, the more challenging it is to get an insurer to agree that it’s medically necessary, said Dr. Angela Gardner, who practices in Dallas and is a past president of the American College of Emergency Physicians.

“In general, for a commercial [insurer], basic crutches will be covered, forearm crutches are partially covered, and hands-free crutches won’t be covered,” she said, referring to a crutch that attaches to the injured leg and allows someone to move around without relying on their hands or arms.

Yet for some patients, shopping for such equipment is not an option. They need it on the spot or, like Harnett, are unable to get around well enough to go somewhere to buy it. If the patient can wait, many medical device suppliers deliver equipment to the home, or many devices can be purchased online.

Opting Not To Use Insurance

Beyond weighing in- and out-of-network options, patients have an option on durable medical equipment they don’t typically get when choosing medical services: buying over the counter.

This might prove significantly cheaper than using an insurance plan. A pair of standard armpit crutches, for example, may cost $40 at the local pharmacy, while the insurance copayment might be $100.

“A savvy consumer will look at the copay and see whether or not they need to use their insurance,” said Gardner. 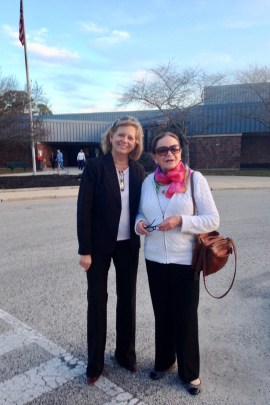 Cynthia B. Sosnowski (left) thought the $1,400 bill her mother, Barbara Barrall, received after getting a new knee brace must have been a mistake since she could find an identical brace for sale for less than $100. But the orthopedist’s office said the charge was what the insurer allowed. (Courtesy of Cynthia B. Sosnowski)

Sometimes the prices insurers agree to pay for durable medical equipment are significantly higher than the price online or at the drugstore. That differential can be important if someone has a high-deductible plan and owes the entire amount.

An orthopedist suggested that Barbara Barrall, of Medford, N.J., replace her simple knee brace with a hinged model that could bend. When the bill arrived, Barrall’s daughter, Cynthia B. Sosnowski, thought the $1,400 charge must be a mistake. She went online and found the identical brace for between $79 and $99 at sporting goods and medical supply stores.

But when she called the orthopedist’s office, the woman said there was no mistake. That was the amount the doctor was allowed to charge the insurer. When Sosnowski called the insurer, she was told not to worry: Her mother’s share of the charge was just $145; the rest was covered by a retiree employer plan.

Sosnowski wasn’t placated. “This is why insurance is so expensive in our country,” she said. She has filed a grievance with the insurer to protest the charge.

Sprained Your Ankle? The Cost Of A Brace Could Sprain Your Wallet.