Medicaid managed care is blanketing the nation as states look to private health plans for help closing budget gaps, and state officials expect the trend to continue in the state-federal program for the poor, according to a survey released today by the Kaiser Commission on Medicaid and the Uninsured. 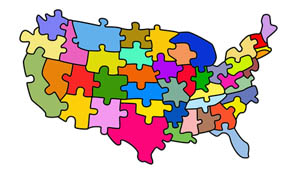 Officials in 27 states (of 45 responding) reported that they expect to lean more heavily on managed care in the near future. Ten states, including California, Florida and Texas reported that they have specific plans to expand managed care to new geographic areas or groups of patients, such as the elderly. (KHN is an editorially-independent program of the Kaiser Family Foundation.)

In managed care, plans typically get a lump sum each month from the state to care for patients. In traditional Medicaid, the state pays doctors and hospitals directly for each service they provide. In a wave of recent contract awards, state budget writers anticipated that plans could save as much as 10 percent compared with traditional Medicaid by better coordinating care.

New York plans to move people still in traditional Medicaid — about 1.5 million in 2009 — into managed-care plans over the next three years, said Jason Helgerson, the state Medicaid director, at a press conference marking the survey’s release. That plan emerged from “a really bad budget situation,” he said.

“What New York is betting is that better care management will bend the cost curve,” Helgerson said. He acknowledged that studies evaluating whether Medicaid managed care actually delivers savings have reached mixed conclusions. The Kaiser survey did not evaluate the savings potential or performance of the managed care.

Nearly every state uses managed care to some extent, and as of October 2010, about 66 percent of Medicaid enrollees were in managed-care plans of some type, according to the survey. That includes state-operated programs that pay primary care doctors bonuses to soup up care management. Many states that already require children and some adults to enroll in private plans are expanding managed care to higher cost populations such as the elderly.

The need to rein in Medicaid spending is expected to be amplified in 2014, when 16 million more people will be covered by the program as a result of the 2010 federal health law. Of the 30 states that responded to that question, 20 states said they expected Medicaid managed care plans to be able to absorb that influx. One state expressed doubt, and nine did not know whether plans were prepared for the new members.

With budget fears percolating in Washington, too, the health plans are hoping they can bring states’ enthusiasm for Medicaid managed care to the federal government.

This week, a group of managed care plan executives and lobbyists, organized by the Association for Community Affiliated Plans, were in Washington to bring the argument to lawmakers that their industry can help extract needed savings from the Medicaid program. The group opposes Medicaid funding cuts, but its members stand to gain if federal lawmakers – like their state counterparts – turn to managed care for savings.

The plans, all nonprofit plans that focus on Medicaid, were particularly interested in members of the so-called super committee, a bipartisan group of lawmakers appointed in August to cut at least $1.2 trillion in federal spending over a decade. Committee members have said they could target Medicaid. President Obama indicated that he would also be open to cuts in the program.