To those who believe the federal Supplemental Security Income program for severely disabled children is a lifesaver and not a boondoggle, Hulston Poe is a great example. 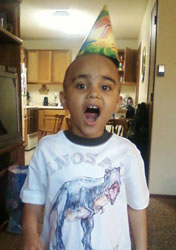 After four-year-old Hulston Poe was diagnosed with severe ADHD last October, case workers said there wasn’t much they could do for him.  But when doctors recommended his mother enroll him in the SSI program this year, everything changed. (Photo by Suzanne Poe)

The four-year-old was diagnosed with severe ADHD last October, after more than a year of violent temper tantrums, and kicked out of preschool. Case workers said there wasn’t much they could do for him. “We were at a standstill,” said his mother, Suzanne Poe, who was scraping by as a single parent of two in Des Moines, Iowa.

But when doctors recommended she enroll her son in the SSI program this year, everything changed. A monthly check of $674 helps pay for Hulston’s day care, a private tutor and medicines. Perhaps most importantly, the program made Hulston newly eligible for Medicaid, the joint state-federal health insurance program for the poor. He gained access to the doctors he needed.

“I can see a light in his eyes again,” Poe says with relief.  “He just looks so much happier.”

The SSI program for children is rapidly expanding, with the biggest increase among kids with mental, behavioral and learning disorders, including ADHD, speech delays, autism, and bipolar disorder. But as it pulls in children like Hulston, the program is sparking criticism in Congress. The Boston Globe fueled a lot of the backlash with a series last December that termed the children’s SSI program “The Other Welfare” and followed several families whose children’s eligibility for the program was questionable. Several of the families, the articles reported, believed that they had to medicate their children with psychotropic drugs in order to qualify for the benefit.

Listen To The Story

Listen to this story on NPR’s Morning Edition:

The Globe series spurred Rep. Geoff Davis, R-Ky., Rep. Richard E. Neal, D-Mass., and Sen. Scott Brown, R-Mass., to request an investigation by the Government Accountability Office, which is expected to be released by the end of the year.

In a January letter to the GAO, the three lawmakers expressed concern about “recent reports in the media and elsewhere” that “have identified potentially alarming practices … [that raise] numerous concerns, including the potential for fraud and abuse in the program.” 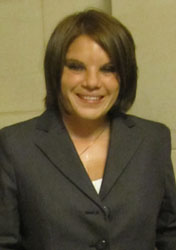 Republicans in Congress are not waiting for the results of the GAO study; they have twice proposed limiting SSI benefits.  The House budget resolution passed earlier this year by Republicans, for example, proposed that the government could save $1.4 billion over 10 years by reducing incentives in the SSI program “for parents to place their children on medication solely to receive SSI benefits.” The resolution didn’t mention ADHD, but it was specifically cited in a separate budget proposal by Rep. Eric Cantor, R-Va., during the debt ceiling debate.

Neither proposal provided details of how the savings would be achieved, and a preliminary study from the Social Security Administration found that children with ADHD taking medication were not more likely to be approved for benefits than those who were not medicated. It’s unclear whether any savings would result from the proposals.

Advocates for children and people with mental illness have rallied against the potential cuts. Sixteen of the largest advocacy groups, including the Bazelon Center for Mental Health Law, the American Psychiatric Association, the American Academy of Pediatrics and Children and Adults with Attention Deficit/Hyperactivity Disorder, have formed a coalition to protect the SSI program for kids and launched a major campaign to lobby Congress.

SSI currently provides cash assistance and Medicaid to the families of 1.2 million low-income kids who struggle from severe disabilities, at a cost of $10 billion a year. Since 2000, the program has grown by about 40 percent.

“Cutting the SSI program could have disastrous consequences for families, many of which already are struggling well below the poverty line,” says Rebecca Vallas, a lawyer at Community Legal Services, a Philadelphia nonprofit that also is part of the coalition. She says the increase in the SSI program can be explained by a national increase in child poverty and increased access to health care for kids, who get diagnosed earlier and more frequently with disabilities that might otherwise be missed.

She also says some children who were once characterized as mentally retarded may now be diagnosed as having autism or another mental disability. Overall, the percentage of kids on the program with any form of mental disability, including retardation, has remained largely stable since the early 1990s, according to Vallas. “I think a lot of the skepticism about the children’s SSI program really is just thinly veiled skepticism about the legitimacy of mental health disorders,” she says.

But Richard Burkhauser, a professor at Cornell University who recently wrote a book about disability benefits, says the increase in kids on SSI, especially those with disorders that can be difficult to diagnose, is troubling.

He points to a long history of expanding the benefits. “The issue is: Has there been a stupendous increase in the number of kids out there with other mental conditions, or is the SSI kids program increasingly being used as a more general welfare program to help poor kids?”

When the program began in 1974, the majority of recipients had disabilities such as Down syndrome, cerebral palsy, blindness and mental retardation. In 1990, a class action lawsuit that reached the Supreme Court led to a fundamental change in the way SSA made eligibility determinations for children and expanded the number of kids who were eligible for the program.

In addition, Burkhauser argues, a major overhaul of the federal welfare program in 1996 led some low-income families to apply for SSI instead. SSI is an attractive option because, relative to welfare, it provides a higher benefit level and has no work requirements or time limits.

States also acquired a financial incentive to shift both low-income kids and adults off welfare benefits and onto SSI, which is fully funded by the federal government. States now have staff members whose job is to evaluate whether welfare recipients can be switched over to SSI instead.

Among all poor children, the percent on SSI has quadrupled over the past 30 years. Much of the growth has come from kids like Hulston with ADHD, or what’s called “other mental disorders,” who now make up more than half of recipients.

Burkhauser says that while he’s not against providing more assistance for needy families, SSI is the wrong way to do it because it creates perverse incentives for families. If the child’s disability improves or the family finds other ways to climb out of poverty, they lose their SSI benefits. Two-thirds of kids on SSI stay on the program as adults, and “never enter the workforce,” he says.

While the program is easy to target for cuts, “it’s easier said than done,” says Mark Duggan, a professor of business and public policy at the Wharton School at the University of Pennsylvania. He compares it to lawmakers seeking to cut down on waste, fraud and abuse in health care.

David Wittenburg, a senior researcher at Mathematica Policy Research, says cuts could prove expensive in the long term. “Given that SSI is the program of last resort and many of these youth live in families that were on other programs that have been cut back, a key question is where would they go now?” he asks. What’s really needed, he continues, is a “fundamental rethinking of how cash supports are provided to youth with disabilities,” so that there are incentives to promote their long-term employment as adults.

President Obama’s 2012 budget proposed another approach: increase funding for the SSA to do more regular medical reviews that evaluate whether SSI recipients are still eligible for the benefits.  If the reviews find people receiving benefits who are no longer disabled, they can result in significant savings.

Suzanne Poe feels so strongly about SSI that she recently went to Capitol Hill to testify and lobby her representatives to preserve the program. She says that the SSI program is holding her family together. After Hulston was kicked out of preschool, she had to drop two classes from college to care for him. “I can’t even express to you how much it was disrupting my household.”

She says she’d be thrilled if Hulston’s ADHD improved enough to get off of the SSI program.

“The reason I applied for disability was not because that’s what I want to live on for the rest of my life or my kid’s life. I want to achieve things in life. I want my family to be self-sufficient,” she explains. “Right now that isn’t happening.”

This story was corrected on Aug. 24, 2011 to reflect the period of time when the 40 percent growth occurred. During the period cited in an earlier version of the story, 2002-2009, the growth was 31 percent.

SSI Program For ADHD, Other Disabled Kids Under Scrutiny