The health law’s biggest changes don’t take effect until 2014, when states and insurers must be ready to begin signing up an estimated 32 million people in Medicaid and private insurance. But a successful rollout in two years hinges on critical decisions that states must make – and take quick action on – this year. 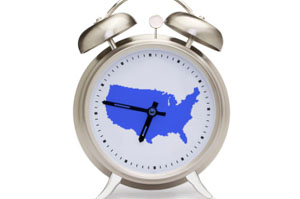 It will be difficult for many states to meet fast-approaching deadlines, and some may not make it, says Brett Graham, a managing director at Leavitt Partners, a consulting firm working with states on implementation of the law.

Time is short, and states are missing key pieces of how-to guidance from the federal government about everything from what various insurance exchange options will look like to which benefits must be included in health plans, he says. To make matters worse, states are competing for a limited pool of information technology vendors to help them get started.

“It’s a pressure cooker,” said Graham. States are “in a position where they have to act with imperfect information.”

One of the most pressing tasks for states this year has to do with the creation of exchanges, through which individuals and small businesses can buy insurance starting in 2014.

On Jan. 1, 2013, the Department of Health and Human Services will certify which states will be ready to run exchanges on their own. To win certification, a state must enact laws to fund the continuing operations of an exchange. While the federal government is providing financial help up front for the creation of exchanges, states will assume the cost once they are underway. HHS can issue a conditional certification for those states that are making progress but need more time.

Only 14 states plus the District of Columbia have made legislative progress toward creating an exchange, according to a Jan. 22 Robert Wood Johnson Foundation report prepared by the Urban Institute. Another 21 states have demonstrated interest, and 15 have made little headway.

While some states are aggressively moving forward, “at the other end are states that say, ‘no way, no how, we’re not doing it.’  Montana, Texas, Louisiana, Florida, they are not going to build it and they’re playing a game of chicken,” said Graham. “They’re waiting for the Supreme Court,” hoping it will effectively kill the health law in June when it rules on challenges to its constitutionality.

Most states, though, are undecided about whether to build their own exchanges and are moving forward in varying degrees. Even some states that are part of the Supreme Court challenge are moving forward: Colorado, Washington and Nevada have created exchanges.

Originally, the only alternative to a state exchange was a fully federal entity. HHS has since offered to partner with states. That way, a state could retain overall control of an exchange while passing certain responsibilities to the federal government.

But creating a full or partial federal exchange also could be problematic: Some health care analysts question whether the task will be any easier for the federal government. It faces the same short timeline as states this year, and while Obama administration officials say they have the money to fund exchange activity, some health care analysts say they aren’t so sure.

Most state legislatures are scheduled to adjourn for the year by March or April, before the Supreme Court rules, according to the National Conference of State Legislatures. Reconvening after the ruling would be difficult in an election year.

Insurers, which will offer coverage to individuals and small businesses through the exchanges, also are worried about the timetable. Until they know more about required benefits, for example, health plans say it’s difficult to develop new products, negotiate with doctors and hospitals and invest in information technology.

“Open enrollment has to be ready to go by Oct. 1, 2013, so in January of 2013 we have to submit our products and rates for [state] approval,” said Alissa Fox, senior vice president of the Blue Cross and Blue Shield Association.  If health plans make changes before the federal government issues its specific requirements, they might have to start over, and that can be costly and time consuming, she says. “We want to change our claims processing system once, our enrollment system once.”

Last fall, Blue Cross urged HHS to release all outstanding regulations by the beginning of 2012 to give states and insurers sufficient time to make decisions.

That hasn’t happened. Among other things, states urgently need guidance on how the federal government would partner with states on exchanges or run its own exchanges, says Joy Johnson Wilson, health policy director for the National Conference of State Legislatures. “No rule, no concept,” she said. “Soon is good.”

Chiquita Brooks-LaSure, director of coverage policy at HHS, said that working with states is a “top priority … As we get similar questions from states, we will put out guidance to answer general questions. We’re going to continue to be responsive.”

On Jan. 25, HHS provided more details about the kinds of benefits insurers will be required to offer consumers and small businesses beginning in 2014. The agency had been under pressure to provide more information after releasing a general “bulletin” in December giving states broad flexibility to design benefits.

State legislators are particularly eager to learn how they can divvy up responsibilities with the federal government in the case of a federal or partnered exchange. One of the most important questions is who decides whether low-income people are eligible for Medicaid or federal subsidies to buy insurance in an exchange. The Medicaid program is being expanded to include people with  income higher than currently allowed.

Graham sees a possible clash of federal and state budget interests over Medicaid, which states help fund.  For the first two years Washington will pay 100 percent of the costs for the newly eligible, but the federal contribution will taper off to 90 percent beginning in 2020.

“If the federal government wants someone to be covered, it may say that person is eligible for Medicaid,” Graham said. “A state that already has a significant budget crisis won’t want to expand Medicaid. Who owns the process?”

Krista Drobac, director of the health division at the National Governors Association, says states want authority over eligibility. “It’s hard to control your program design if you’re not responsible for determining eligibility and enrolling people,” she said.

That’s why states are beginning to lay the groundwork for information technology, she says.  They’re scrambling to sign technology vendors, who are in short supply.

Drobac says states have enough information to get started, even while missing details. But officials are worried.

“We’re down to the wire,” said Wilson. “When the bill passed in 2010, 2014 seemed a long way away. But when you back into what it takes to get the program up and running, it’s a very short timetable.”