When kids start school this fall, it’s a sure bet that some won’t have had their recommended vaccines because their parents have claimed exemptions from school requirements for medical, religious or philosophical reasons. Following the much publicized outbreak of measles that started in Disneyland in California in December, these exemptions have drawn increased scrutiny.

That outbreak, which eventually infected 147 people in seven states, was a wake-up call for many parents, who may not have realized how contagious or serious the disease can be, and for states as well, say public health officials. 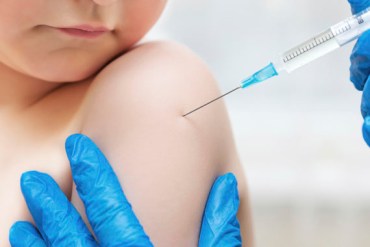 “States are beginning to realize that they have effective measures to combat these outbreaks, and philosophical exemptions are eroding these protections and resulting in significant costs to states,” says Dr. Carrie Byington, professor of pediatrics at the University of Utah and chairwoman of the American Academy of Pediatrics Committee on Infectious Diseases.

In addition, research shows that eliminating vaccine exemptions or making them harder to get can improve vaccination rates and reduce disease outbreaks.

The federal Centers for Disease Control and Prevention provides suggested vaccination schedules for children and adults, but there’s no federal requirement that parents vaccinate their children. All states, however, have laws or policies requiring that children be up-to-date on recommended vaccines in order to attend school or day care. Unvaccinated children can generally attend only if their parents have obtained a vaccination exemption approved by the states.

Every state allows medical exemptions for children whose immune systems are compromised because of congenital problems or cancer treatment, for example. Nearly all states allow exemptions from vaccinations because of religious beliefs; excluding California and Vermont, 18 permit exemptions because of parents’ personal or philosophical convictions, according to the National Conference of State Legislatures.

In recent years, exemption rates for children have soared, but they vary. On the low end, New Mexico’s rate was less than half a percent in 2012, while the top state rate was Oregon’s at 6.5 percent, according to a study this month in the journal Health Affairs.

Local rates may be much higher, though. There are pockets in California and Colorado, for example, where the exemption rates top 30 percent, says L.J Tan, chief strategy officer at the Immunization Action Coalition, an advocacy group that works to increase immunization rates.

But since in most places the percentage of children getting the recommended vaccines tops 90 percent for most diseases, many parents have never seen someone with measles, for example, or whooping cough and may not understand their dangers.

“In the absence of disease the alleged risks of the vaccine become easier to sell,” says Tan.

Those risks are real, says Barbara Loe Fisher, co-founder and president of the National Vaccine Information Center, a group that advocates that people be able to decline mandatory vaccines based on their philosophical or personal beliefs. Fisher testified before the California State Assembly against the new law, which takes effect next July.

“Some people are more susceptible than others to injury or death from vaccines,” Fisher says. “But it’s not clear who is at higher risk.”

For the vast majority of people, however, vaccines are very safe, and studies have failed to show a link to autism, a common concern of parents who don’t vaccinate their kids.  “The risk of getting the disease is higher than the risk of getting a vaccine,” says Dr. Mark H. Sawyer, a pediatric infectious disease specialist at the University of California, San Diego.

The Health Affairs study analyzed the different elements of state rules to tease out the extent to which they affected vaccine exemptions. It found, for example, that policies that required the state health department to approve nonmedical exemptions or permitted exemptions only for specific vaccines rather than all vaccines had a significant effect on reducing vaccine exemptions. So too did laws that imposed civil or criminal punishments such as expulsion from school (for the child) or criminal negligence charges (for parents) for not complying with vaccination rules.

The threat of penalties alone may be enough to deter parents from refusing vaccinations, says study co-author W. David Bradford, a professor of public policy at the University of Georgia.

More broadly, the study shows that there are tools that work. “There is room for lots of states to improve their policies in ways that encourage people to get their kids vaccinated,” says Bradford. “I take that as encouraging.”