The Obama administration is making it easier for states to sign up the poor for health coverage – and to help those people stay covered.

On Friday, it informed state officials that they could simplify enrollment in Medicaid, the federal-state program for the poor, to handle the onslaught of millions of anticipated enrollees next year when the health care law expands coverage.  The administration said the changes are geared to states that are expanding their programs, but they may also be adopted by others.

At least 22 states have committed to expanding Medicaid, one of the chief ways the law extends coverage to the uninsured, and several more are undecided, according to consultant Avalere Health. The Supreme Court made expansion of Medicaid optional, and some Republican-controlled states have opted against it.

In a letter to state officials, federal Medicaid Director Cindy Mann laid out several ways states might streamline enrollment for adults, including using data people have already submitted to qualify for foods stamps – a practice that a few states permit for children. 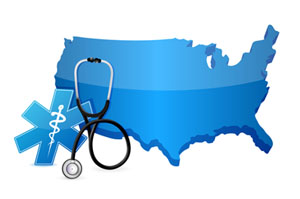 States may also allow adults to stay enrolled in the program for up to a year, even if their income changes, she said.

Allowing adults to stay in the program when their income changes is a “big deal,” said Alan Weil, executive director for the National Academy for State Health Policy.  He said it was likely to reduce the large number of people churning in and out of the program, which interferes with their ability to get care. Thirty-two states now use this option for children.

In states moving forward with the expansion, residents with incomes up to 138 percent of the federal poverty level — or about $33,000 for a family of four — will be eligible for coverage. About 13 million people are expected to enroll in Medicaid starting next year, according to the Congressional Budget Office.

Mann’s letter outlines several options state can use to streamline enrollment and retention. “Enrollment strategies that target individuals likely to be eligible for Medicaid, and for whom eligibility information is already in the state’s files, provide important advantages both for uninsured individuals and for states,” she wrote.

To help states deal with the demands of increased enrollment, they will have the option in the first three months of next year to extend the Medicaid renewal period by up to 90 days. That means that if an individual on Medicaid comes up for renewal on Feb. 1, their eligibility could be extended to May.

“This is part of our longstanding ongoing effort to continue to simplify and streamline enrollment and renewal in Medicaid, said Donna Cohen Ross, a senior policy adviser at the Centers for Medicare & Medicaid Services (CMS).

Cohen Ross said the administration is employing lessons learned from enrolling children in Medicaid. Louisiana and South Carolina, for instance, have used the food stamp strategy to help sign up thousands of children, but states have not previously had the option for adults.

Similarly, CMS said states can use existing government data to sign up parents whose children were already enrolled in Medicaid.

In Tornado Alley, Storms Are Even More Dangerous For People With Disabilities