Montana said Wednesday that it is dropping Quest Diagnostics, one of the nation’s largest diagnostic testing companies. The Secaucus, New Jersey-based company had done all the state’s surveillance COVID-19 testing — drive-thru testing that moves from community to community to help track COVID’s spread. But it told state officials last week that it was at capacity and would be unable to accommodate more tests for two or three weeks.

“We don’t want to be left high and dry again in the event that the national demand for testing puts a state like ours onto the back burner,” Democratic Gov. Steve Bullock said.

Instead, he said, the state is enlisting Montana State University’s lab to process up to 500 tests a day and has finalized a contract with a new private lab, North Carolina-based Mako Medical, for an additional 1,000 tests a day.

California, Florida and other states that work with Quest have started experimenting with separate, expedited lines for people who have symptoms of the disease. Some states are contracting with other private labs. And CVS, which uses Quest for COVID tests at many of its sites nationwide, said it is looking for more lab partners to reduce wait times for results.

Quest, LabCorp and other private labs have struggled to expand quickly enough to meet demand as states expand their testing and cases soar across the nation. Officials for Quest, which handles about 130,000 tests daily in 20 laboratories, said its ability to expand has been limited by a global shortage of the machines and chemical reagents needed to perform COVID-19 testing.

On Monday, Quest announced that turnaround times had slowed to a week or more, up from three or four days in June. It also said some patients may face wait times of up to two weeks. Quest officials warned this week that could get worse as flu season starts this fall.

A wait of a week or more for results can make the tests moot, since few people, especially those without symptoms, are likely to remain quarantined that long — and if the test comes back positive, they may already be over the disease.

“We are working with a number of different organizations to provide as much testing as possible, but some of these constraints are out of our control,” Quest spokesperson Wendy Bost said. “We’ve taken the step of asking our clients to modulate the testing demand by focusing on patients who are most in need at this time.”

The Trump administration is also trying to speed up turnaround times by allowing some labs to use an approach known as pooled testing, which combines samples from multiple people and then screens the individual samples only if the batch comes back positive for the virus. But public health experts worry it may be too late to try pool testing, as the percentage of positive results has doubled or tripled in many parts of the country.

States grappling with rising caseloads amid the testing slowdown have grown exasperated. Colorado Gov. Jared Polis, a Democrat, told NBC’s “Meet the Press” on Sunday that it can take up to nine days to get test results from Quest and LabCorp.

“Almost useless from an epidemiological or even diagnostic perspective,” Polis said.

Those who worry they have COVID-19 are also frustrated. In San Francisco, Mark Mackler, a 71-year-old retired law librarian, went with his husband to get a free test at the Bernal Heights Recreation Center on June 28 for peace of mind. He expected results after five days, but the test, processed by Quest, took 16 days — it came back negative for COVID-19.

“I was just annoyed and concerned the taxpayers were getting taken for a ride on something expensive and useless to a lot of people,” Mackler said. 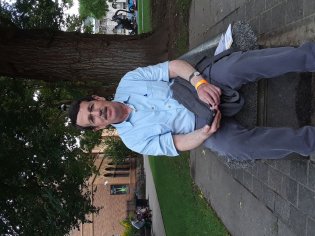 “It’s rather preposterous that you get a test and 13, 14 days later you get the results,” Newsom said, adding that the results in those cases are “utterly meaningless.”

But, he added, “We’re not going to abandon Quest. We need them as one of our partners.”

California is partnering with other private and university labs to expedite test results, ramping up from 2,000 tests a day early in the pandemic to an average of more than 125,000 a day, Newsom said. Test results now average between five and seven days, and state health officials said they have told all labs to first process from high-risk groups, such as people with COVID symptoms, those in hospitals and those in long-term care facilities.

In Florida, Quest has performed more than 600,000 COVID tests, the most of any lab. After reports of labs taking seven to 10 days to turn around test results, health officials created special lanes at four testing sites for symptomatic people that will allow them to receive their results faster. If that program goes well, Florida officials said, it will be expanded to all 50 state-run sites.

Pennsylvania health officials plan to cut the number of drive-thru testing sites it runs with Quest and Walmart from 19 to 13. They also are relocating some site locations that have seen low testing numbers to more populated areas with higher positivity rates.

Weeklong waits for COVID tests are not the norm everywhere. In Texas, state-run mobile test sites are providing results within two to three days because the state has “spread the load” of testing among many lab companies, said Seth Christensen, spokesperson for the Texas Division of Emergency Management. The state does not use Quest but instead uses more than 10 other lab companies, including LabCorp, another of the nation’s largest lab chains.

Return times vary widely by company. LabCorp said turnaround time for outpatient test results improved to three to five days this week from four to six last week. BioReference Laboratories, another big lab chain, said it has improved turnaround time from about six days in June to three or fewer this month. Walmart, which has used Quest and eTrueNorth for more than 150,000 COVID tests, said on its website that Quest results take a week, compared with three to five days with eTrueNorth.

In Montana, the Quest delays forced the state to pause its community testing program, which aims to serve as an alert system for how the virus is spreading. Officials plan to resume next week once it has Montana State and the North Carolina lab in place, Bullock said.

Montana, with 2,813 confirmed cases as of Tuesday, has one of the lowest per-capita rates in the nation. But the average daily caseload in the state has risen 112% in the past two weeks — the country’s third-highest rate increase, according to an analysis by NPR.

Quest started running the state’s mass-testing events in the spring, with promised turnaround times of two or three days. But that started to stretch into a week or longer, Bullock said.

Bost, the Quest spokesperson, described the delay in community testing as a temporary agreement with state officials.

“We mutually agreed to postpone some community events for the general population in order to ensure testing is available for the patients who are most in need, such as those who are symptomatic and ill in the hospital,” she said.

Montana hasn’t canceled its contract with Quest, but state officials said they are unsure whether the state will resume using the company.

“We can meet the need that we have in Montana with these two solutions,” Bullock said, referring to the Montana State University and North Carolina laboratories. “But that doesn’t mean that we won’t be returning to Quest at some point.”