When Congress passed the Affordable Care Act, it required health insurers, hospitals, device makers and pharmaceutical companies to share in the cost because they would get a windfall of new, paying customers. 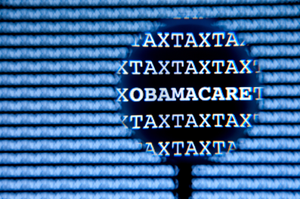 But with an $8 billion tax on insurers due Sept. 30 — the first time the new tax is being collected — the industry is getting help from an unlikely source: taxpayers.

States and the federal government will spend at least $700 million this year to pay the tax for their Medicaid health plans. The three dozen states that use Medicaid managed care plans will give those insurers more money to cover the new expense. Many of those states – such as Florida, Louisiana and Tennessee – did not expand Medicaid as the law allows, and in the process turned down billions in new federal dollars.

State Medicaid agencies say they have little choice but to pay the tax for health plans they hire to insure their poorest residents. That’s because the tax is part of the health plans’ costs of doing business. Federal law requires states to pay the companies adequate rates.

“This situation results in the federal government taxing itself and taxing state governments to fund the higher Medicaid managed care payments required to fund the ACA health insurer fee,” said a report by Medicaid Health Plans of America, a trade group.

Meanwhile, many Medicaid managed care companies have seen their share prices – and profits — soar this year as they gained thousands of new customers through the health law in states the expanded Medicaid. Over half of the 66 million people on Medicaid are enrolled in a managed care plans.

— Florida anticipates the tax will cost $100 million, with the state picking up $40 million and the federal government, $60 million.

— Texas estimates the tax at $220 million, with the state paying $90 million and federal government, $130 million.

— Tennessee anticipates it will owe $160 million, with the state paying $50 million and the federal government, $110 million.

— California has budgeted $88 million, with the state paying $40 million and the federal government, $48 million.

— Georgia estimates the tax on its plans at $90 million, with the state paying $29 million and the federal government, $61 million.

— Pennsylvania predicts the tax will cost $139 million, with the state paying $64 million and the federal government, $75 million.

— Louisiana estimates the tax will cost $27 million, with the state paying $10 million and the federal government, $17 million.

Texas is believed to be the only state that has not yet agreed to cover the tax for its health plans, according to state Medicaid and health plan officials.  “The premium tax is just another way that the costs of the Affordable Care Act are pushed down to states and families,” said Stephanie Goodman, spokeswoman for the Texas Medicaid program.

Medicaid officials in other states complain that paying the tax reduces money they could have spent on covering more services or paying providers.

“I do not feel I am getting anything in return for this,” said Tennessee Medicaid Director Darin Gordon.

Officials won’t know exactly how much states owe until the Internal Revenue Service sends bills to insurers at the end of August, and the Medicaid plans submit those to states.

The health insurer tax is estimated to bring in at least $100 billion over the next decade from all insurers, government auditors estimate.

Most non-profit Medicaid health plans are exempt from the tax, which the trade group says gives the nonprofits a competitive edge vying for state contracts.  “We consider this tax so badly construed that it should be reconsidered because it makes no public policy sense,” said Jeff Myers, CEO of Medicaid Health Plans of America.

The trade group, which represents both nonprofit and for- profit Medicaid plans, also opposes the tax because it takes money from Medicaid programs that could be used to pay plans to improve care, he said.

The Centers for Medicare & Medicaid Services declined to comment on how states and the federal government are covering part of the tax.

Timothy Jost, a consumer advocate and law professor at Washington & Lee University in Virginia, said the lawmakers intended to cover the costs of the law by including as many groups paying in as possible.

“This tax should not have surprised anyone, and it should have been worked into contract prices,” he said.

Paul Van de Water, senior fellow with the left-leaning Center for Budget and Policy Priorities, said neither health plans nor states should be complaining about the taxes because both are benefiting from the law.

“States are benefitting from the Affordable Care Act because with more people getting insured, it is driving down their uncompensated care costs,” he said. He noted that is true even in states that did not expand Medicaid under the health law.

“People always like to get a benefit and not have to pay for it,” he said. “If we did not have this tax, we would have had to raise the money somewhere else.