This fall, health insurers in a few states will be seeing stars.

Not the celestial kind, but stars that reflect their scores on quality measures designed to help consumers make better-informed decisions about what coverage to buy. 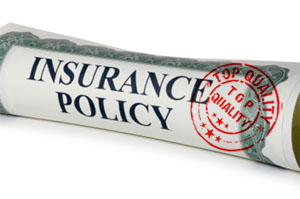 In Oregon, insurers will get one to four stars depending on their screening rates for breast cancer, flu shot delivery and complaint resolution, among other measures.  Maryland is considering ranking insurers on how they deal with chronic illnesses and interact with minority groups. Colorado will rate them based on a federal consumer satisfaction survey.

Those states and a handful of others, among them Minnesota and California, are opting to do the ratings early, before the federal health law requires them to do so in 2016.  They’re scrambling to decide what to measure and how to translate that into something useful to the millions of individuals and small businesses expected to shop for coverage in the new marketplaces beginning in October.

Those plans will take effect in January, when most Americans must carry health insurance. The idea is to give consumers information to compare the policies on more than simply price tag or benefits.

“The more information, the better,” said Laura Etherton, health care policy analyst for US PIRG, an advocacy group.  “If you’ve got a history of breast cancer in your family, you may want to know how well that insurance company did to make sure women between 40 and 69 got a mammogram. If you have a history of heart disease, how is that plan doing at making sure that patients with a heart condition get a cholesterol test?”

In many states, consumers will not see much data this fall. That’s because the federal health law does not require states to post quality information about participating plans for two years.  Federal officials say they intend to provide shoppers in the 26 markets they’re overseeing this year with data from a long-running government survey that tracks patient satisfaction with customer service and access to care.

Proponents say quality ratings were included in the health law not only to help consumers, but to improve the health system. They contend that measuring how well insurers, hospitals or physicians follow appropriate treatment guidelines, screen for cancer, save heart attack victims or treat diabetes is the first step toward improving care.

Another problem is that people shopping for insurance say they want quality information, but “people pretty much focus on cost” and whether their doctor is in an insurers’ network, said Betsy Imholz, director of special projects for Consumers Union, which publishes Consumer Reports Magazine.  “Many quality rankings show everyone is in the middle, or everyone is above average … so people don’t pay much attention to it.”

For the states moving to meet the law’s requirement for quality comparisons ahead of the 2016 deadline, one of the first challenges is deciding what to measure. Hundreds of measures exist and they must be adjusted to account for differences among plans’ enrollees.  Additionally, many quality measures reflect how well hospitals or physician groups — not insurers — perform.

“You can measure customer service … but what that doesn’t get down to is the true quality of care that is delivered,” said Maribeth Shannon, a policy director at the California HealthCare Foundation, a nonprofit think tank.

Another issue is that little or none of the existing data reflects what consumers will experience in plans sold in the marketplaces because those policies will be new.  Many will be offered by existing insurers, however, so states are rating other policies marketed by those insurers.  Some insurers who are new to the market may have no track record, raising questions about fairness and how it will affect consumer choices if some plans receive scores and others are unrated.

Finally, the ratings have to be done without overwhelming shoppers with too much information. Consumers “don’t want to have to dig through 400 measures to pick a plan,” said Nora Leibowitz, chief of policy, research and evaluation for Cover Oregon, one of the state marketplaces that will launch quality ratings this year.

Oregon officials considered more than 2,000 quality measures, paring them down to 13 with the help of a consulting firm. Among other things, the measures consider how an insurer performs on screening for breast cancer and diabetes, vaccinating adults for the flu, providing well-child visits from birth to 15 months and providing needed care “without delay.”

Stars will be awarded for how well each insurer scores in three categories: preventive care, complex care and patient experience. Each will also receive an overall score.

“We wanted it to be relatively simple and understandable,” said Leibowitz.

In Maryland, officials are still working on their plans, but expect to rate insurers on a five-star scale based on dozens of quality measures already tracked by state regulators.  The information will include measures similar to those used by Oregon, as well as a component to track how well insurers improve members’ health with wellness and disease prevention efforts.

The state also plans to make a more detailed report for each plan available for consumers who want to know more, said Tequila Terry, the state marketplace’s director of plan and partner management.

For a variety of reasons, the first-year data provided by the marketplaces will be limited.

“The approach most are taking is to start with the basics,” said Dan Mendelson, president of Washington D.C. consulting firm Avalere Health. “So quality will be, ‘does the plan answer the telephones and is there a strong procedure for appeals and grievances?’ More information can and should come later.”

In the future, though, consumer advocates hope to see measures such as how often patients have to seek costly out-of-network care because they cannot find a specialist or treatment in the insurer’s network, as well as information about how well they fare medically.

“For consumers, the most important things are outcomes, mortality rates and infection rates,” said Bill Kramer, executive director for national health policy with the Pacific Business Group on Health, an employer coalition. “Those are the kinds of things that we need to see more of.”

Some of that data is tracked, but isn’t currently in one place.

“The savvy consumer will still have to [go elsewhere to] find information not only about the health plan, but also its contracted networks of doctors and hospitals,” said Dr. Bruce Spurlock, executive director of Cynosure Health, a nonprofit consulting firm in California.

It would be better, he said, to have all that information incorporated in the quality ratings offered through the marketplaces. “The marketplaces could drive that agenda, if they get enough size,” he said.

Some States Will Rate Health Plans On Quality This Fall