By agreeing today to hear challenges to President Obama’s 2010 health care law, the Supreme Court set the stage for a decision — probably in late June and in the midst of the presidential campaign — that could be among its most important in decades. 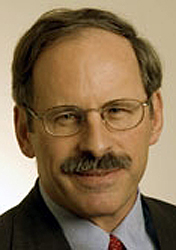 The case, which will probably be argued in March on a date still to be announced, is especially momentous because it not only will determine the fate of President Barack Obama’s biggest legislative achievement but also will cast important light on the Supreme Court’s future course under Chief Justice John Roberts on issues of federal government power.

The central issue — but not the only important one — is whether Congress exceeded its constitutional powers to regulate interstate commerce and to levy taxes when it adopted the so-called “individual mandate” at the heart of the health care law.

That provision would require millions of people starting in 2014 to buy commercial health insurance policies or pay financial penalties for failing to do so.

The court also agreed to decide a challenge to the Affordable Care Act’s provision essentially requiring states greatly to expand their Medicaid spending.

The court made clear that if it decides to strike down the individual mandate or Medicaid provision, it will also decide which of the 975-page law’s hundreds of other provisions should go down too, by divining whether Congress would have wanted some or all of them to be effective even without the voided provision or provisions. 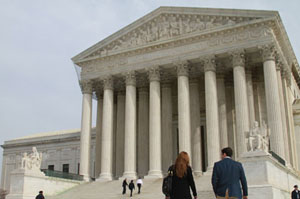 Finally, the court agreed to decide whether — as one federal appeals court ruled — the litigation surrounding the individual mandate must be deferred until 2015 because of the 1867 “Anti-Injunction Act,” which bars courts from striking down tax laws before they take effect.

The court allocated an extraordinary five and one-half hours — the most time in many decades for related challenges to a single new law — for argument on all these issues combined.

How The Case Got Here

The court’s announcement Monday centered on a challenge to the law by 26 state governments. The 11th Circuit Court of Appeals in Atlanta voted in August to strike down the individual mandate but to leave standing the rest of the health law, including the Medicaid expansion. All three of the petitions granted today involve that case.

Another appeals court, the 4th Circuit, said courts have no power to decide the individual mandate issue until 2015, when the first monetary penalties will be due for failing to comply with the individual mandate to buy health insurance. This decision held that the penalty provision is a “tax” within the meaning of the Anti-Injunction Act, as described above.

If the justices agree that the Anti-Injunction Act applies, this year’s case will be perhaps the greatest anticlimax in Supreme Court history. And, the justices’ assignment of a full hour of oral argument to this question suggests that some take this issue very seriously.

Meanwhile, the purpose of the individual mandate is to force millions of Americans to obtain health insurance — whether they want to or not — in order to offset the costs that health insurers would bear under the health care law’s requirement that they sell insurance to everyone without charging those with especially costly health problems more than healthy people.

The lower court judges who have struck down the mandate have cited as their reasoning the lack of any precedent for Congress to require people to buy a commercial product they don’t want and the government’s failure to show how — if the individual mandate is upheld — a limit enforceable by the courts could be applied to this exercise of congressional power.

As background, the two Supreme Court decisions since 1937 that have struck down acts of Congress as exceeding the commerce power, one in 1995 and one in 2000, stressed that Congress’ commerce power must be restrained by some principle that could be enforced by the judicial branch of government.

Defenders of the individual mandate stress other Supreme Court precedents suggesting that even economic decisions that have a tiny direct effect on interstate commerce — such as a person’s decision not to buy health insurance — cumulatively have major effects on interstate commerce and thus can be regulated by Congress.

With the court’s announcement today, none of the justices recused themselves from hearing the case. Some conservative opponents of the health care law have suggested that Justice Elena Kagan should recuse herself because of her prior work as President Obama’s Solicitor General. And some liberals have suggested that Justice Clarence Thomas should recuse himself because of his wife Virginia Thomas’s political activities opposing the health care law. But the decision on recusal is left to each individual justice and it would have been announced with today’s order.

Meanwhile, as is customary, the Court announced the grants of review with no comment or indication of the vote. Any four justices can agree to review a case. And, given the importance of the issues, with federal appeals courts divided, today’s announcement was widely expected.

Most but not all Supreme Court experts predict — some very confidently, some cautiously — that the Court will uphold the law. The Supreme Court’s four liberals are certain to uphold the law. They would need only one more vote to prevail. While Justice Clarence Thomas seems a sure vote to strike the law down, Chief Justice John Roberts and Justices Anthony Kennedy, Antonin Scalia and Samuel Alito are harder to call.

A decision in June — or before — would help make the future of health care law a central issue in the 2012 presidential campaign.

Taylor, an author and journalist, is a nonresident fellow at the Brookings Institution.