Older breast cancer patients who received radiation treatment after surgery were more likely to undergo a more expensive and somewhat controversial type of radiation called brachytherapy if they got their care at for-profit rather than nonprofit hospitals, a new study reports. 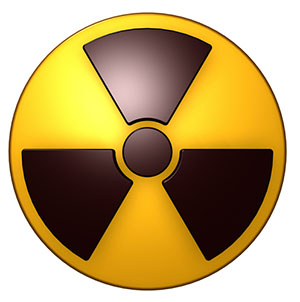 Among the oldest group studied — women in their 80s and early 90s who are least likely to benefit from the regimen — the odds of receiving the more expensive brachytherapy were significantly higher at for-profit hospitals, the study found.

The research, funded by the National Cancer Institute and the Robert Wood Johnson Foundation, was published Monday in the May issue of the journal Surgery.

“We wanted to see whether for-profit hospitals, which arguably have a greater incentive to provide returns to their shareholders, would be more likely to adopt a higher-reimbursement therapy than a nonprofit hospital — and that’s exactly what we found,” said Dr. Cary P. Gross, a professor of medicine at Yale University School of Medicine and the paper’s senior author.

“This reinforces the idea that reimbursement is a significant driver of the adoption of new cancer therapies, which is a shame,” Gross said. “Evidence should be the main driver.”

Brachytherapy is a newer type of radiation therapy for breast cancer that involves implanting a radiation source into the lumpectomy cavity of the breast. It is a shorter course of treatment than standard radiation and can be completed in one week instead of four to six weeks. But it costs about twice as much as the standard treatment, and recent studies have questioned its effectiveness and whether its harms may outweigh its benefits.

The retrospective study looked at the care 35,118 women between  the ages of 66 and 94 covered by the government’s Medicare program received after breast-conserving surgery for breast cancer in 2008 and 2009. The women had surgery at 2,684 hospitals in the United States; only 8 percent were treated at for-profit hospitals.

Among the patients who underwent radiation treatment, 15.2 percent received brachytherapy at nonprofit hospitals, compared with 20 percent of those treated at for-profit hospitals.

There was no association between the hospital’s status and overall radiation treatment for women aged 66 to 79, although women in that age group who received radiation at a for-profit hospital were also more likely to get brachytherapy.

For these patients, “who may not have gotten radiation to begin with,  brachytherapy is driving an overall increase in the use of radiation,” Gross suggested.

The study notes that a driving factor in using brachytherapy is the attempt to enhance convenience and tolerability. “However, it is unclear why patient preferences for radiation modality would vary with hospital ownership,” it said.

Gross said the take-home message for patients is that treatment recommendations vary from provider to provider, and they should always get a second opinion. Both physicians and members of the general public tend to become “enamored” with new treatment options, he said, even when the evidence is limited or lacking.

“Don’t just ask the doctor which type of treatment you should get,” he said.  “Ask the doctor, ‘What happens if I don’t get this treatment? How does this affect the outcome?’”