The majority of older patients who go to emergency departments in several nations around the world are likely to start out with complex conditions that deteriorate after their visits, according to a study published in the June 25 issue of Annals of Emergency Medicine. 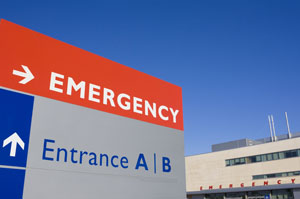 Researchers from the Centre for Research in Geriatric Medicine at the University of Queensland, Australia, studied patients 75 years or older in emergency departments around the world to paint a picture of the unique problems they face — and how ERs can change to better serve them.

Lead author Dr. Leonard C. Gray said older people who arrive at emergency departments are more likely to have “geriatric syndromes” such as immobility, confusion and incontinence. The findings also indicated that for many, functional and cognitive issues increased afterward.

“These problems increase the complexity of care, and require specific interventions to ensure the best results,” Gray said in an email.

Researchers studied 2,282 patients in 13 different emergency departments in seven countries including Australia, Belgium, Canada, Germany, Iceland, India and Sweden. They looked at medical records, talked to hospital staff and interviewed the patients directly about their cognitive function, mood, comprehension and more. Researchers also tracked the patients’ progress for 28 days after their ER visit.

The number of patients studied who displayed symptoms of cognitive impairment rose 6 percent after their trips to the ER, and the number of those who could not walk without assistance rose 23 percent.

Though the study fails to look into specific reasons why these older patients were negatively affected by ER visits, researchers say the numbers should be a signal for hospitals. “With population aging, and relative reductions in severe health problems among younger age groups, the proportion of patients in the [emergency department] who are older is likely to increase,” Gray said. “Therefore, the case for designing the [emergency department] to cater for the needs of older people will escalate continuously.”

Such steps could include simple changes in furniture or lighting or more complex changes such as staff training and risk minimization.

“It seems not a matter of ‘if,’ but rather ‘when’ adjustments should be made,” Gray said.