Depression was the most costly among 10 common risk factors linked to higher health spending for employees, according to a new study of seven companies. The study published in Health Affairs found that the 10 factors — which also included obesity, high blood sugar and high blood pressure — were associated with nearly a quarter of the money spent on the health care of the workers. 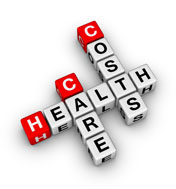 Researchers looked at 92,486 workers from seven different employers. The employees were first assessed for health risks. Then researchers tracked their medical spending, using a MarketScan insurance claims database covering the years 2005 through 2009. The average annual medical expenditure for each employee was $3,961. In total, $82 million, or 22.4 percent, of the $366 million annually spent on health care for the workers was attributed to the 10 risk factors, the study found.

The study could not show that any of these risk factors caused the higher spending, merely that they were related. And the study discovered that three risk factors — high cholesterol, poor nutrition and eating habits and alcohol consumption — were actually linked to slightly lower health spending. The researchers suggested various explanations for this counterintuitive finding.  Regarding alcohol, they wrote that “the nationally recognized threshold for high risk (three drinks a day for men and two for women) may need to be revisited, because drinking at these levels would not constitute alcohol abuse.” They questioned the usefulness of the way the study measured a nutritious diet, writing it might not be enough to simply measure fruit and vegetable consumption. As for cholesterol, they asserted that its impact on health might be more complicated than a simple causal relationship.

The study was led by Ron Goetzel, director of Emory University’s Institute for Health and Productivity Studies and an executive at Truven Health Analytics in Washington, D.C.

The researchers said the overall results of the study could offer encouragement to employers to do more to screen workers for high risk behaviors and to try to treat them proactively. On the question of whether employers might try to screen out prospective employees with these risk factors, the authors said that so many people in the nation have one or more of these risk factors that any such effort might crimp hiring. “More important,” the authors wrote, “taking this approach would also be unethical and illegal.”