Patients suffered no extra harm when doctors training to be surgeons were allowed to work longer shifts, a study released Tuesday concludes, adding to a push to relax the strictest limits on resident hours.

The New England Journal of Medicine study comes as the Accreditation Council for Graduate Medical Education is reassessing requirements that prevent residents from working extremely long stretches or back-to-back shifts. Those rules were enacted in 2003 and strengthened in 2011 amid concerns that sleep-deprived residents were more likely to make serious errors. 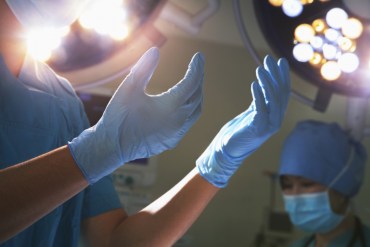 Since then there has been push back from residency program directors concerned that the rules created new dangers for patients by abruptly forcing interns to leave in the middle of treating a patient or surgery. They also complain the rules interfere with resident education because it is harder for a trainee to follow their patients.

The study conducted a direct experiment by tracking patient outcomes after loosening the rules for doctors in 58 surgical residency programs. It found that their patients did not die or suffer complications any more than at 59 residency programs that did not waver from the current rules.

“We believe the trial results say it’s safe to provide some flexibility in duty hours,” said Dr. Karl Bilimoria, the main author and a professor of surgery at the Feinberg School of Medicine at Northwestern University in Chicago.

Some previous studies had come to similar conclusions, but this one has been anticipated because of its more rigorous methods. The trial has drawn protests from Public Citizen and the American Medical Student Association, which said researchers put patients and residents at risk by waiving the rules.

The groups assert that the experiment, funded by the American Board of Surgery, the American College of Surgeons and the accreditation council, was never likely to find a significant difference in patient outcomes, since most elements of patient care — the physicians, specialists, nurses and other clinical workers — remained unchanged.

“Research on the deleterious effects of chronic sleep deprivation is just overwhelming,” said Dr. Deborah Hall, president of the medical student association. “I’m concerned we’re going to walk away from a lot of progress that’s been made without overwhelming data [showing] that residents aren’t subject to the ordinary limits of human neurobiology.”

In an editorial also published in the journal, Dr. John Birkmeyer, chief academic officer at Dartmouth-Hitchcock, a health system in New Hampshire, came to a different conclusion than Bilimoria did. Birkmeyer wrote the experiment’s results “effectively debunks concerns that patients will suffer as a result of increased handoffs and breaks in continuity of care.”

Rather than roll back the rules on duty hours, he argued that surgeons should find safer ways to treat patients without relying on “overworked” residents.

“To many current residents and medical students, 80-hour (or even 72-hour) workweeks and 24-hour shifts probably seem long enough,” Birkmeyer wrote. “Although few surgical residents would ever acknowledge this publicly, I’m sure that many would love to hear, ‘We can take care of this without you. Go home, see your family, and come in fresh tomorrow.’”

The research was conducted in the academic year that began in fall 2014. One group of residency programs followed the existing rules, while the other programs were allowed to remove several strictures.

Residents in the experimental group could stay at the hospital longer than 28 hours in a row, the current maximum. They did not have to be given at least eight hours off between shifts. Residents who worked a 24-hour shift no longer had to wait 14 hours before returning to the hospital. And first-year residents could work more than 16 hours in a row, a limit set in 2011.

After analyzing medical records for 65,849 patients in the control group and 72,842 in the experimental group, the researchers found no significant difference in death or complication rates. They also surveyed 4,330 general surgery residents and found that those with the more flexible schedules rated their overall well-being and morale no different than did those with strict rules.

“We’re very encouraged by the findings,” said Dr. Maya Babu, a neurological surgery resident at the Mayo Clinic and president of the Resident and Associate Society of the American College of Surgeons. “We feel very strongly that flexibility is important to provide opportunities to learn and to have patient ownership, to see patients from the time they’re admitted through surgery the next day.”

Alexander Schwed, a senior surgical resident at Harbor-UCLA Medical Center in Los Angeles, said he was pleased to see the results and hopes they will lead to more flexibility in residents’ work schedules.

“You always feel like there is this clock running in the back of your mind,” Schwed said. “It would be great if there were a little bit more wiggle room.”

Schwed, who began his residency after the 2011 restrictions were put in place, said he and his supervisors were constantly watching to make sure he didn’t work too many hours. As a result, Schwed said he believes his class had less experience in the operating room than earlier classes of residents.

Now Schwed supervises residents and said it’s difficult to slow down and teach them because there is so much to get done during busy clinical shifts. Having to follow the restrictions “changes how learning happens,” he said. “It definitely cuts into your ability to take time on things.”

If the rules change, he said, residents would be able to stay longer if they were doing something important with a patient or if there was a surgery they wanted to observe.

Dr. Michael Carome, director of Public Citizen’s Health Research Group, a patient safety advocacy organization, said the study should have objectively assessed the hours residents worked and the effects on their health and patients, rather than rely on surveys. He said the study also did not track whether residents in the control group adhered to the stricter limits on how long they could work.

The most major restrictions on resident duty hours put into place in 2003, such as a maximum workweek of 80 hours a week and a minimum of one day off every seven, were not tested in the study and are expected to remain in place.

The paper was scheduled to be presented Tuesday at the Academic Surgical Congress in Jacksonville, Florida. A similar experiment, looking at internal medicine residents, is still in progress.