In an effort to slow health care spending, more employers are looking at capping what they pay for certain procedures — like joint replacements — and requiring insured workers who choose hospitals or medical facilities that exceed the cap to pay the difference themselves. 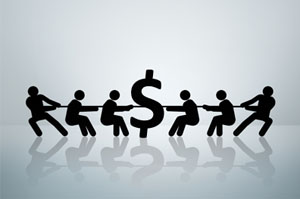 But a study out Thursday finds employers might be disappointed with the overall savings. While the idea, known as “reference pricing,” does highlight the huge variation in what hospitals and other medical providers charge for the same services, the report says, it does little to lower overall health care spending.

“It’s zeroing in on a piece of the health spending puzzle that is critical, the unreasonably high negotiated prices paid by health plans … but it’s not going to get you there if you need to save a lot of money,” said co-author Chapin White. The study was done by the National Institute for Health Care Reform, a nonprofit, nonpartisan research group sponsored by auto makers and the United Auto Workers union.

The use of price limits has also drawn concern from consumer groups that it might lead to confusion — and end up sticking patients with large, unexpected bills if the programs are not clearly explained.

The Obama administration, in a document about health law implementation in May, essentially gave its blessing to large or self-insured employers to use reference pricing in their health plans.

While only about 10 percent of employers currently have such programs, about 68 percent plan to do so soon, according to a recent survey by Aon Hewitt, a management consulting firm.

Reference pricing gained attention when the California Public Employees’ Retirement System in 2011 capped payments at $30,000 for hip or knee replacements, after learning that some hospitals in its plan charged as much as $100,000 for the procedure.  Patients who wanted to go to the more expensive hospitals had to pay the entire cost above $30,000. An analysis of the California effort found that CalPERS saved an estimated $5.5 million in 2011 and 2012 from the effort, with more than 85 percent of the savings coming from hospitals lowering their prices to meet the cap.

Still, that’s just a fraction of the $7 billion CalPERS spends on health care every year.

Researcher White and co-author Megan Eguchi simulated what would happen if reference pricing was applied to claims submitted to a health plan on behalf of 528,000 autoworkers. They analyzed the effect of such pricing on about one-third of those claims, the ones deemed “shoppable,” which were those that patients had time to consider, rather than emergency services.

At best, they found that reference pricing would result in an overall savings of 5 percent, not counting what it would cost to run the system.

At the same time, they noted that such programs would create very complicated health plans.  A hospital, for example, might meet the reference price for patients admitted to the hospital, but not for outpatient imaging services or laboratory tests.

“You may be putting enrollees in position where they’re not going to be aware of the differences and end up with a big balance bill,” said White.

A more effective solution for employers than reference pricing, White noted, would be to question why some hospitals charge so much in the first place — and demand that insurers negotiate better prices.

“Health plans should never have entered into contracts with hospitals where they pay more than $30,000 for inpatient hip and knee transplants,” he said.