Florida leads the nation in reducing the number and rate of uninsured children, according to a study released Tuesday.

From 2008 to 2010, the number of uninsured children in Florida fell by more than 160,000 to 506,934, says the report by researchers at the Georgetown University Center for Children and Families. The state’s rate of uninsured kids dropped from 16.7 percent to 12.7 percent. 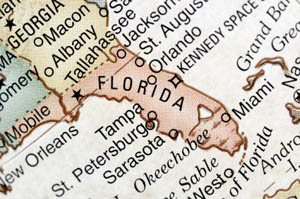 Florida was one of 34 states and the District of Columbia to reduce its rate of uninsured children since 2008. But there remain wide differences between states. Nevada has the highest rate of uninsured children — 17.4 percent — while Massachusetts has the lowest at 1.5 percent, according to the study which was based on an analysis of Census data. Texas leads the nation in number of uninsured kids with nearly 1 million although it was able to lower its uninsured rate to 14.5 percent from 17 percent.

“I feel very encouraged. This is exciting news,” said Jodi Ray, project director of Florida Covering Kids & Families at the University of South Florida, a statewide coalition that aims to get more children health coverage.

She attributes part of the drop to numerous local outreach efforts that have used a mix of state and federal grants to target uninsured children through billboards, television advertising and other marketing methods.

Joan Alker, co-executive director of the Georgetown Center for Children and Families, attributes the big drop in Florida to more kids becoming eligible for Medicaid due to families’ declining income in the economic downturn. Medicaid is the state-federal health insurance program for poor and disabled.

She said the state has also reduced barriers for its Children’s Health Insurance Program (CHIP), a government program that helps families with incomes that are too high to qualify for Medicaid. In 2009, the state lowered the penalty for failure to pay CHIP premiums from 6 months loss of eligibility to 60 days. Florida has also done a better job at coordinating coverage between CHIP, Alker said.

“It is especially rewarding to know that in these tough economic times with the state’s higher than national average unemployment rates, Florida KidCare (Florida’s CHIP progam) proves to be a valuable resource for families and children,” said  Rich Robleto, executive director of Florida Healthy Kids Corp., a public-private partnership which helps administer the state’s CHIP program.