Researchers at the RAND Corporation set out to find some hard data on one aspect of the health law: Does having medical insurance protect young adults from the financial ruin that often comes with a major injury or illness? The quick answer: Yes, it does. 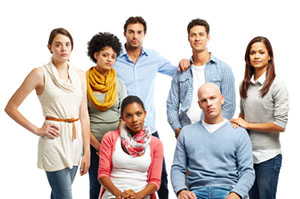 Since September 2010, the Affordable Care Act has allowed young adults to remain on their parents’ medical insurance until they turn 26, and an estimated 3.1 million young people have taken advantage of the new rule.

The RAND researchers looked at nearly a half a million visits young adults made to emergency departments around the country before and after the under-26 provision took effect.

“We looked at just the most serious conditions,” said Andrew Mulcahy, an associate policy researcher at the RAND Corporation. Mulcahy and his colleagues pored over actual hospital records for bone fractures, poison, traumatic brain injuries, and other incidents that would require an urgent trip to the hospital.

The RAND analysis, published Wednesday in the New England Journal of Medicine, found that the new law resulted in $147 million in hospital bills charged to private insurance companies in 2011.

Indeed, as might be expected when any uninsured people gain coverage, the young adults insured under their parents’ plans were shielded from the potentially catastrophic costs of a medical emergency.

But the millions of newly insured adults didn’t come for free, added Mulkey. “The cost of covering those people was spread over all the people with similar coverage who paid a little bit more in their premiums,” she said.

Those added premium costs were likely to be fairly low, since young adults consume much less health care and can help to balance out the higher medical bills of their parents and other older workers.

For hospitals though, more insured customers is unequivocally good news, especially when those new customers have private insurance which pays more than Medicare or Medicaid.

One of the goals of the health law was to reduce the number of unpaid hospital bills, said Joseph Antos, a health care policy expert at the right-leaning American Enterprise Institute. To the extent that people sign up for insurance when the online marketplaces open in the fall – and more young adults continue to sign up on their parents’ plans – that just might work.