In states that expanded Medicaid under the Affordable Care Act, low-income adults were more likely to see a doctor, stay overnight in a hospital and receive their first diagnoses of diabetes and high cholesterol, according to a study published Monday.

Yet researchers found no improvement in adults’ own assessments of their health, a conclusion echoed by similar studies, the authors wrote in the Annals of Internal Medicine.

Two factors might explain the lack of perceived improvement. People did not sign up for Medicaid as soon as it expanded in January 2014 so there was little time to better their health. Also, survey participants’ increased contact with health providers and fresh knowledge about their health might have negatively affected their opinions, the authors said. 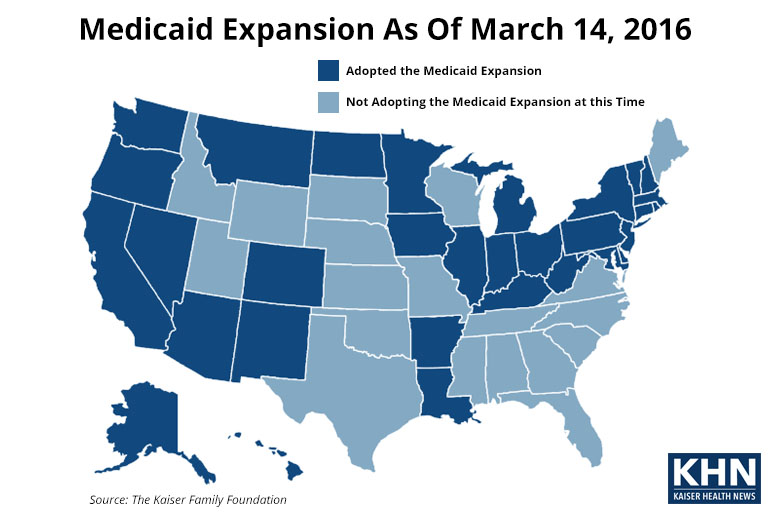 Researchers at University of Michigan and the University of California-Los Angeles who did the study said it provides the first evidence of low-income adults’ increased use of health services in states that expanded Medicaid. Federal surveys of adults living in poverty conducted in the second half of 2014 were the foundation for the study. Twenty-six states and District of Columbia expanded Medicaid in 2014 and five more have since then.

Medicaid enrollment has soared past 70 million people since states began expanding the program in 2014 using federal dollars from the law. Medicaid rolls have grown by more than 14 million people in that time.

Opponents of expansion have cited many reasons why states should not expand the program including fiscal concerns and doubts about Medicaid’s effectiveness in in improving health to the poor.

Joel Cantor, director of the Rutgers University Center for State Health Policy, said the study confirms that enrolling people in Medicaid means they are more likely to access health services. He anticipates better results in 2015 after people have more time to use their healthcare coverage. “Health status is not a leading indicator. It’s a lagging indicator,” said Cantor, who was not involved in the study.

“The first step is people get coverage. Second, they get care,” he said. The third step is better health and we will see that in later years.”

The study’s authors also said low-income adults’ greater use of health services could pay dividends in the future.

“The increased detection of chronic health conditions under the Medicaid expansions could have important implications for both population health and national health care spending if it leads to improved management and control of these conditions,” noted the study.

Among the study’s findings:

Before the Affordable Care Act’s passage in 2010, a concern was whether the health care workforce was large enough to handle increased demand from a larger insured population, said Vernon Smith, a Medicaid expert and principal with consulting firm Health Management Associates.

“The study shows that the health care system has accommodated the increased demand and access improved for those who were newly insured,” he said.

“The results provide compelling evidence that states that expanded Medicaid did a very, very good thing for their citizens, because those who got coverage are now more likely to get medically necessary care when they need it,” Smith added.