America’s seniors are benefiting from a star rating system that ranks the quality of Medicare Advantage plans, according to a study published in the Journal of the American Medical Association. 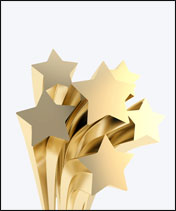 Authors affiliated with the Centers for Medicare & Medicaid Services (CMS) conducted a study of almost 1.3 million Medicare beneficiaries. They found a positive relationship — a one-star higher rating was associated with a 9.5 percentage point increase in likelihood to enroll.

The rating system uses survey data and other measurements of effectiveness to gauge the quality of the private Medicare Advantage plans, which are an alternative to traditional fee-for-service Medicare. Dr. William Shrank, a co-author of the study, said the relationship between the ratings and enrollment was a good sign for the star system put in place in 2011.

“This is a reassuring story that helps to confirm that by providing beneficiaries with better information, by empowering them, they’re making better decisions,” he said.

The ratings-to-enrollment relationship was weaker in some groups, including rural, low-income and black communities. Shrank said he was unsure of why the subgroups had different results, but that they still followed the overall trend, just at a lower magnitude.

The CMS rating system is part of a larger movement to reward the quality of health care systems, coverage plans, physicians and hospitals under the health law. According to the report, produced by the Center for Medicare and Medicare Innovation, “many insurers are devising strategies to improve their star rating to obtain bonuses.”

But authors commented that a higher rated plan isn’t necessarily a better option for a beneficiary. There are several factors to consider when it comes to Medicare Advantage plans, including cost of the plan, doctor and hospital choice and the prescription drug formulary.

“Consumers have a bunch of things to look at,” Shrank said. “Quality should be an important consideration, but it isn’t the only consideration.”