The high rate of hospital readmissions has produced a flurry of policy solutions to improve care for patients as they’re being discharged and afterward. But new research suggests more concern might be directed elsewhere: at the doctors who decide not just to send patients back to the hospital, but to admit them in the first place. 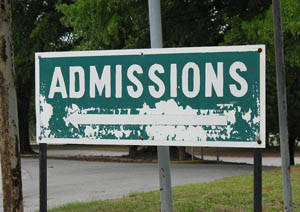 The researchers quantified a wide variance in the rates of readmissions around the country. Some areas had as few as 11 percent of Medicare patients readmitted for heart failure, while others had as many as 32 percent. They took into account the varying health levels of people in different geographies. They found that admission rates for any reason accounted for the highest proportion of this regional variation. It was more tightly linked than were the numbers of doctors or hospital beds in the area, or how successful doctors were in making sure all patients received specific discharge instructions on what to do after leaving.

“We’ve put a lot of emphasis of the delivery system on the traditional aspects of care,” said Epstein. “They miss out on what’s really an important factor, which is when you call up Dr. Epstein at 4 p.m. on Friday, does he say ‘go over to the emergency room and we’ll admit you’, or does he say ‘come over to my office’?”

If that’s a root problem, the researchers reasoned, then the solution might not only be better discharge planning, more coordinated care for patients after their hospital stays or financial penalties for hospitals with high readmission rates. But the problem of readmissions will also require overarching changes in the culture of how physicians practice and are paid–things such as Accountable Care Organizations, which give doctors a financial stake in finding cost-effective ways to treat patients.

“Programs directed at shared savings from lower utilization of hospital services might be more successful in reducing readmissions than programs initiated to date,” the researchers wrote. Translation: The best way to keep people from returning to the hospital is to make sure as few people as possible go there in the first place.