As out-of-pocket medical costs grow for many Americans, the insurance industry is offering a way to help and, at the same time, expand its business: by selling supplemental policies that may fill the gaps for consumers.

Insurers are increasingly marketing these limited policies that pay cash after a hospital stay or specific disease diagnosis, such as cancer. 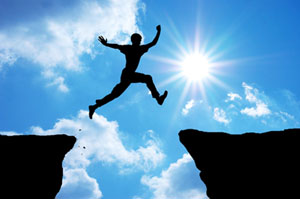 Such products, which cost less and provide fewer benefits than conventional insurance, can play a role similar to “Medigap” coverage, which fills holes in the Medicare program for seniors, insurers believe.

The policies are promoted as helping cover out-of-pocket expenses that can reach thousands of dollars in plans offered by employers and the health law’s online marketplace.

“These supplemental health products have been recently — and we believe will be in the future — one of the fastest growing components of the employer benefits market,” said Todd Katz, an executive vice president with MetLife.

Some experts, however, see risk for policyholders in the lightly regulated plans, which tend to be highly profitable for insurers and might be mistaken for more generous coverage.

“An individual has to understand this is something you buy to cover expenses that aren’t covered by a comprehensive medical plan,” said Timothy Jost, a law professor at Washington and Lee University and consumer health specialist. “If employers are not offering it as [full] health insurance coverage, and if somebody gets sick and has some extra expenses, it might be OK.”

(The Labor Department signaled it would let plans pay benefits for each medical service such as hospitalization or office visit. A previous rule, requiring payments per day or week, would have restricted consumer choice, the industry argued.)

Not long ago limited medical plans were thought to be doomed or severely restricted by the Affordable Care Act. Sales of supplemental hospital policies plunged in 2012 as the industry prepared for health-law rules requiring minimum coverage, according to figures from Eastbridge Consulting Group.

Instead of disappearing, however, the plans are rebounding, offered through employers or to individual consumers.

The health law requires most people to obtain and most employers to offer major medical coverage with certain essential benefits. Even so, what consumers pay out-of-pocket through these plans keeps rising as employers and insurers try to control their own costs.

“The deductibles have gone up. The co-pays have gone up,” said Todd Yates, a managing partner with Hill, Chesson & Woody, a North Carolina benefits consultant that just expanded its team selling supplemental insurance.

“There’s been this demand in the market for a while” for supplemental coverage, he said. “But it’s just continued to grow as employers offered leaner and leaner plans.”

For employer plans the average deductible — what a worker pays before insurance kicks in —hit $1,135 last year, according to the Kaiser Family Foundation.

Deductibles for silver and bronze plans, the most popular coverage sold to individuals through the health law’s online exchanges, averaged $2,567 and $4,343 respectively in a study by Avalere Health.

A typical limited plan, also known as fixed-indemnity coverage, might cost $13 to $45 per month, depending on a customer’s age, and pay $10,000 or $20,000 upon diagnosis of a critical illness, according to Hill, Chesson. Other plans pay off for hospitalization, cancer or accidents.

Fixed cash benefits are the common feature. Unlike with Medigap, regulators have proposed banning supplemental insurance for those under 65 with payouts that are explicitly triggered by what’s left uncovered in another policy.

Even when employers offer the plans, workers generally pay the premiums through payroll deduction. Aflac, of the annoying duck commercials, is one of the biggest sellers of limited health plans.

In a 2012 interview with Rough Notes Magazine, an industry publication, Aflac executive Paul Amos suggested that the health law would spur demand for supplemental coverage just as Medicare did when it launched in the 1960s.

Aflac did not respond to requests for interviews.

“The two prevailing trends that are driving the emerging growth of these supplemental health products [are] the Affordable Care Act and the shift in cost and decision-making” to employees, Katz said.

Other sellers include Nationwide, Allstate and Aetna. In November an affiliate of Highmark Blue Cross said it would start selling coverage that pays off for hospital admissions.

Consumer advocates want carriers to clearly disclose that limited plans are not minimum essential coverage under the health law and won’t by themselves fulfill an individual’s requirement to be insured.

Nor will the policies automatically fill all out-of-pocket gaps in a high-deductible policy, analysts say. A limited cancer plan won’t pay anything if you have a heart attack. A hospital plan won’t cover out-of-pocket costs at a doctor’s office.

“It’s not going to help me when I take the kid to the doctor for his ear infection,” said Sharon Cohen, a principal at Buck Consultants, which helps employers with benefit design. “And those are the kinds of things that add up to get to the deductible.”

Others warn that fixed-indemnity plans might not be a good financial deal. Unlike major medical plans, which under the health law must spend 80 or 85 percent of their revenue on medical care, limited plans often spend 60 percent or less on claims, agents say. The rest goes for profits, overhead and broker commissions.

“I’m not a big believer in these things,” said John Jaggi, an insurance broker in Forsyth, Ill. For agents, he said, “the commissions on can run anywhere from 30 to 45 percent in the first year. … And it’s possible to do that because you have such a high profit in these things and you don’t pay the claims out.”

Some in the industry see fixed indemnity policies as a way for brokers to replace income lost when the health law started to put pressure on profits from fuller coverage.

Greg Hellmich, vice president of agent distribution at SASid, concedes that the limited health insurance business has sometimes earned a reputation similar to that of “used-car salesmen.”

However SASid’s commissions “are far under what is out there,” he said in an interview. “If you offer a very high commission to the agent then the consumer ends up with nothing.”

To Thomas Rice, a health policy professor at UCLA, the surge in supplemental plans for those under 65 sounds familiar. The early days of Medigap plans for seniors in the 1970s were marked by lax regulation, expensive policies, a lack of standards and consumer confusion, he said.

No matter who the customer is, “a policy like this has a place if it returns the vast majority of premiums in terms of benefits,” he said. “If it’s keeping 40 percent of the premiums, it’s a disservice.”