But since the boy was covered by Medicaid, she couldn’t immediately find a specialist willing to see him.  After days of calling, she was finally able to get Nathaniel an appointment nearly a week later near their South Florida home. That was in 2005.

Last month, ruling in a lawsuit brought by the state’s pediatricians and patient advocacy groups, a federal district judge in Miami determined Nathaniel’s wait was “unreasonable” and that Florida’s Medicaid program was failing him and nearly 2 million other children by not paying enough money to doctors and dentists to ensure the kids have adequate access to care.

The Florida case is the latest effort to get federal judges to force states to increase Medicaid provider payment rates for the state and federal program that covers about 70 million low-income Americans. In the past two decades, similar cases have been filed in numerous states, including California, Illinois, Massachusetts, Oklahoma, Texas and the District of Columbia– with many resulting in higher pay. 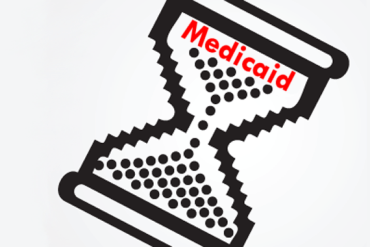 But while providers and patient advocates nationwide hailed the Florida decision, they are deeply worried about a U.S. Supreme Court case  that they say could restrict their ability across the country to seek judicial relief from low Medicaid reimbursement rates.

The high court on Jan. 20 will hear a case from Idaho seeking to overturn a 2011 lower court order to increase payments to providers serving Medicaid enrollees with development disabilities. In the original case, five centers serving developmentally disabled adults and children argued that Idaho was unfairly keeping Medicaid reimbursement rates at 2006 levels despite studies showing that the cost of providing care had risen.

Idaho officials argue only the state and federal government should be able to set provider fees in Medicaid  and all other “private parties,” including patients and providers, should not be able to use the court system to gain higher rates. Twenty-seven states and the Obama administration are supporting Idaho’s appeal, along with the National Governors Association.

But providers and patient advocacy groups say they need to use the courts because states too often put their overall budgetary needs over the need of Medicaid patients to have adequate access to doctors and hospitals. Low rates inhibit doctors, dentists and other providers from participating in Medicaid, they say.

“Without recourse to the courts… hospitals and other providers will continue to bear losses that, for some, are unsustainable,” the American Hospital Association said in a brief filed in the Supreme Court case.

Although federal law says provider payments should be sufficient for Medicaid recipients to have the same access to services as those with private insurance, advocates say in court papers that the federal government is “a paper tiger”  when it comes to enforcement.

Battles over rates paid by Medicaid, the nation’s largest single health program, are nothing new. Access issues have gained more attention recently, however, because 27 states have expanded eligibility under the Affordable Care Act, resulting in enrollment of millions more people.

Matt Salo, executive director of the National Association of Medicaid Directors, said patients and providers already have the ability to lobby state and federal governments to raise reimbursement rates.

“These lawsuits result in a massive expenditure of states’ limited resources,” he said. “There are more appropriate avenues for them to get their concerns across than dragging state Medicaid agencies to court.”

If Idaho wins its appeal to the Supreme Court,  the decision could severely limit such suits, legal experts say.

“It would be beyond just a chilling effect,” said Sarah Somers, managing attorney for the National Health Law Program, a patient advocacy group.

The lawsuits are not frivolous, she said — they are an important tool. “The record of success in lawsuits …shows that courts found that Medicaid laws were being violated. If it costs money to enforce the law and to comply with it, that’s not a waste.”

Other lawyers for providers and patients agreed.

“These cases can be very effective in terms of increasing rates,” said Zenia Sanchez Fuentes, an attorney in Washington, D.C. Her firm helped argue a case that in 2006 led the District to increase fees to dentists, which led to more dentists seeing Medicaid patients. That lawsuit was initially filed in 1993.

“It can take a while, but it’s well worth taking on,” she said.

Somers pointed to the Florida case as one example of why providers and patients groups need the courts.

For years, Florida has been one of the lowest-paying states in reimbursing physicians, court documents show. The low pay has led many physicians either to not participate in Medicaid or severely limit how many recipients they are willing to see, the court ruled.

Florida’s own reports showed that in 2007 more than 380,000 children on Medicaid who should have received at least one checkup did not receive any preventive care. In the same year, the study showed just one in five children on Medicaid saw a dentist, the lowest rate in the country.

A federal study in November found millions of low-income children were failing to get the free preventive exams and screenings guaranteed by Medicaid and the Obama administration is not doing enough to fix the problem.

The report, by the Department of Health and Human Services’ Office of Inspector General, found 63 percent of children on Medicaid received at least one medical screening in 2013, up from 56 percent in 2006, but the figure was still far below the department’s goal of 80 percent. Florida’s rate in 2013 was 57 percent.

Tommy Schechtman is a president of the Florida chapter of the American Academy of Pediatrics and a Palm Beach Gardens pediatrician who testified in the Florida case.

He said the pediatricians did not want to file the lawsuit, but the state gave them no other option.

“We were not making any progress in Florida in improving access and we had seen some success in other states with litigation,” he said.

Florida officials could appeal the decision, and plaintiffs’ attorney Stuart Singer said the Supreme Court decision in the Idaho case could complicate matters.

The Florida Medicaid agency harshly criticized the ruling.  “The Judge’s outdated observations pertain to a Medicaid program that no longer exists,” said a statement from the Florida Agency for Health Care Administration.

In Medicaid managed care, the state pays private health plans a monthly rate per member to coordinate coverage. Until last year, managed care was optional for most Florida Medicaid recipients.

For years, Florida health officials have said managed care companies help patients because the state can hold such plans accountable if they deliver poor care — a point often disputed by providers. Health plans often limit the number of providers to steer patients to those in their networks.

In his ruling, Judge Jordan said the care and access the Medicaid plans provided was no better than the state’s traditional system  in which it pays providers directly for each service provided.

“Children enrolled in Medicaid HMOs suffer from the same lack of access as children in …fee-for-service Medicaid,” his ruling said.

Jordan will hold a hearing later in January to determine a penalty and how the state should fix the problem.

For Rita Gorenflo, whose son Nathaniel is now 16, the Florida ruling is good news, though it’s uncertain what it will mean for her family because the case took so long to wind its way through the courts.

“I am thrilled that all of the kids on Medicaid will be able to access better care,” said Gorenflo,  an emergency room nurse for 18 years. “I can advocate for my kids fairly well, but there are some parents that can’t, and their kids deserve care.”