Making health insurance available and affordable to millions of people who buy their own coverage was a key goal for backers of the federal health law known as Obamacare.

But if the Supreme Court strikes down the insurance subsidies of millions of Americans who rely on the federal insurance marketplace, it could leave many worse off than they were before the law took effect, say experts. 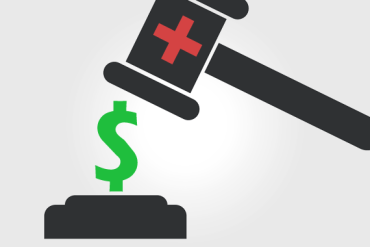 “The doomsday scenario could materialize and it does impact everyone” — those getting subsidies, as well as those paying the full cost of their plans on the individual market in states using the federal exchange, said Christopher Condeluci, an attorney who worked for Iowa Republican Sen. Charles Grassley on the Senate Finance Committee staff during the drafting of the law.

That’s because millions of consumers likely would drop their policies, which they could no longer afford without subsidies.

Most insurers could not drop plans without giving one-to-three months’ notice. But the companies remaining in the market would likely seek sharp increases in premiums for the following year, anticipating that the consumers most likely to hold onto their plans would be those needing medical care.

One Rand analysis projects that unsubsidized premiums could increase by almost half — an average annual increase of $1,600 for a 40-year-old — and that 70 percent of consumers would cancel their policies.

“It’s not the subsidy market that will fall apart, it’s the whole market” for everyone who doesn’t get job-based insurance coverage, said Robert Laszewski, a consultant for the insurance industry who is no fan of the health law. “There will be millions of Republicans who are not subsidy-eligible who are also going to get screwed.”

At issue in King v. Burwell  —  slated to be argued before the Supreme Court March 4 — is the basis of subsidies that go to millions of low- and moderate-income Americans in the approximately three dozen states that rely on the federal marketplace.  More than 85 percent of the 8.6 million people who purchased plans in those states qualified for subsidies, administration officials say.

The law’s challengers point to four words in the Affordable Care Act that say subsidies shall be distributed through marketplaces “established by the state.” They argue that that wording bars the government from subsidizing insurance purchased through a federally administered exchange.

Supporters of the law argue that Congress intended the subsidies be available through both federally run and state-run markets, which they say is clear in reading the overall bill.

The ruling would have no effect on the subsidies provided to residents through state-run markets, such as those in California, New York and Washington.

The Obama administration has declined to discuss contingency plans, expressing confidence that it will prevail with the justices. “Congress would not pass a law that 87 percent of folks would not get subsidies, but people in say, New York, would,” Health and Human Services Secretary Sylvia Mathews Burwell said Wednesday.

Experts say Congress could also apply “fixes,” such as voting to allow subsidies to continue through the rest of the year.

But whether a Republican-controlled Congress that has pledged itself to the law’s repeal would agree to that is uncertain.

Aetna spokeswoman Cynthia Michener said the insurer is talking with lawmakers from both parties “about how to make a grand bargain should the Supreme Court decide against federal exchange subsidies.” A decision to strike the subsidies would likely “spur bipartisan action to resolve the issue promptly,” she added.

At the state level, officials could decide to establish state-run marketplaces, but they would have to move fast before the start of open enrollment for 2016, tentatively set to begin Nov. 1.  And lawmakers in many GOP-led states are likely to resist such steps, citing opposition to the law.

Governors in at least five of the states — Louisiana, Mississippi, Nebraska, South Carolina and Wisconsin — told Reuters they would not create their own exchanges if the court invalidated subsidies.

In another four — Georgia, Missouri, Montana and Tennessee — politics could make it very difficult to set up a state program, Reuters reported.

Florida and Texas, where there is strong opposition to the health law, but also large numbers of residents benefitting from subsidized coverage, officials would face even tougher decisions. “Florida has the highest number of enrollees in the federal marketplace and guess who is running for president? The former governor of Florida,” said Condeluci.

That might make Florida lawmakers more agreeable to a solution that would keep subsidies flowing, he said, noting that “Republicans are going to be blamed for the subsidies ceasing.”

Insurers that sell plans in the federal exchange states would find themselves in a drastically changed market.

Joel Ario, a managing director at consultancy Manatt Health Solutions, said insurers are already working on rates for 2016, which are scheduled for submission by April — two months before the court is expected to rule.

Some insurers have asked state regulators if they could submit two sets of rates for 2016, one that would reflect the subsidies being struck, he said. That idea was backed this week in a letter to the Obama administration by the American Academy of Actuaries, a professional society of the nation’s actuaries, who help insurers set rates.

As for the states, Ario estimated that perhaps one third would set up their own markets fairly quickly. If states move at the same rate as they have to expand Medicaid, it could take several years before two-thirds of states have their own markets he said.

Even if insurers wanted to drop coverage immediately in the event the high court struck the subsidies, most could not do so legally. State laws require anywhere from 30 days to 90 days’ notice for an insurer to exit a market. And, if they withdraw, they have to pull all their plans, not just those offered through the federal exchange.

Regulations keep insurers from coming back into the market for years, however, creating a disincentive to bail out, said Laszewski, whose clients include major insurers.

Many insurers don’t yet have contingency plans, he said, partly because it’s so hard to tell what may happen or what alternatives might be available.

“This is the nuclear option and there really isn’t a contingency plan for nuclear destruction,” Laszewski said.

Others don’t see a ruling against the administration in such dark terms.

“The Supreme Court generally doesn’t go out of its way to wreck the economy or the health system,” said Stuart Butler, a conservative scholar and senior fellow at the Brookings Institution.

He believes the court is likely to offer some temporary remedy, such as a grace period when the subsidies could continue to flow.

“The idea that there will be some cataclysm the day after is extremely unlikely,” Butler said. “We’ll see a number of states moving toward essentially setting up a state exchange. We could still see Texas and a few others saying no. But if two-thirds of states find a way to accommodate it, I don’t see that a critical mass for the collapse of the Affordable Care Act is there.”