A sharply divided Supreme Court ruled Monday that at least some for-profit corporations may not be required to provide contraceptives if doing so violates the owners’ religious beliefs.

But the five-justice majority writing in Burwell v Hobby Lobby, et al., took pains to try to limit their ruling only to the contraceptive mandate in the health law and only to “closely held” corporations like the family-owned businesses represented by the plaintiffs in the case. 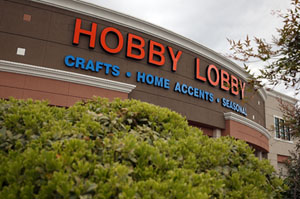 “As applied to closely held corporations, the (Department of Health and Human Services) regulations imposing the contraceptive mandate violate” the Religious Freedom Restoration Act, wrote Justice Samuel Alito for the conservative majority. “HHS has not shown that it lacks other means of achieving its desired goal without imposing a substantial burden on the exercise of religion.”

The decision stressed that the majority did not intend to open the door to allowing employers with religious views to deny other forms of employee benefits, including other health benefits. “Other coverage requirements, such as immunizations, may be supported by different interests (for example, the need to combat the spread of infectious diseases) and may involve different arguments about the least restrictive means of providing them,” Alito wrote.

The court’s four liberal justices strongly dissented. “How does the Court divine which religious beliefs are worthy of accommodation and which are not?” asked the opinion written by Justice Ruth Bader Ginsburg. “The Court, I fear, has ventured into a minefield.”

Indeed, the justices do not even agree on the universe of companies covered by ruling. The majority opinion refers repeatedly to “closely held corporations,” which the IRS defines as those that are more than 50 percent owned by five or fewer individuals. But in the dissent, Ginsburg argued that under the decision “corporations, along with partnerships and sole proprietorships, can opt out of any law (saving only tax laws) they judge incompatible with their sincerely held religious beliefs.”

The justices all but invited the Obama administration to extend to closely held firms the same accommodation it is already providing to religious nonprofits like hospitals and universities: having insurance companies or third-party administrators directly provide contraceptive coverage. But that is itself controversial and the subject of several dozen lawsuits now proceeding towards the high court.

Without deciding those cases in advance, however, Alito said in his majority opinion, “HHS itself has demonstrated that it has at its disposal an approach that is less restrictive than requiring employers to fund contraceptive methods that violate their religious beliefs.”

The administration, however, suggested that fixing the hole in the Affordable Care Act created by the decision ought to be something done by Congress.

“Congress needs to take action to solve this problem that’s been created, and we stand ready to work with them,” said White House Press Secretary Josh Earnest.

Groups on both sides of the case were quick to declare victory – and to warn of the potential problems resulting from defeat.

Mark Rienzi, senior counsel for the Becket Fund for Religious Liberty, which represented the conservative Christian owners of Hobby Lobby, said the decision  “confirmed Americans don’t give up their religious freedom when they open a family business.”

“Allowing bosses this much control over the health-care decisions of their employees is a slippery slope with no end,” said Ilyse Hogue, president of NARAL Pro-Choice America. “Today it’s birth control; tomorrow it could be any personal medical decision, from starting a family to getting life-saving vaccinations or blood transfusions.”