Alabama, Georgia, Louisiana, Mississippi and South Carolina have a lot in common: The summers are hot and the political climates are conservative. These are states where Mitt Romney handily beat Barack Obama in the 2012 presidential election, so it’s not surprising to learn that the president’s signature health law is unpopular there. 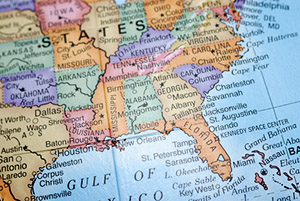 But despite the law’s unpopularity, its expansion of Medicaid is supported by almost two-thirds of adults in these states, according to a survey by the Joint Center for Political and Economic Studies, a left-leaning think tank.

By comparison, an April poll by the Kaiser Family Foundation found that Americans overall support the Medicaid expansion by only a 50 percent to 41 percent margin. (KHN is an editorially independent program of the foundation.)

The Supreme Court ruled last year that the federal government cannot force states to expand their joint federal-state Medicaid programs for the poor. According to health care consultant group Avalere Health, none of the five states in this survey plans to expand its Medicaid program under the health law.

Not all provisions of the law were regarded favorably, however. By a 65 percent to 31 percent margin, respondents had an unfavorable opinion of the law’s individual mandate that will require all Americans as of 2014 to either sign up for health insurance or pay a penalty.

Survey: Even In Southern States, Medicaid Expansion Is Popular