Recent studies might suggest an increase of Type 2 diabetes among children and young adults, but the real low hanging fruit, according to diabetes and policy experts, may be among the Medicare population. 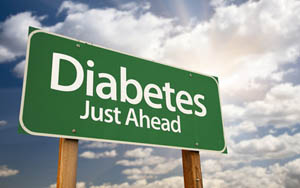 Those 65 and older tend to be a costly population for health care services, according to Michael Mawby, the government affairs officer for drugmaker Novo Nordisk. Intervention and prevention programs for pre-diabetics could be a more effective means of care, Mawby said during a policy panel on Tuesday.

“The irony of the Medicare benefit for diabetes screening is you can have that screening once a year if you’re in the Medicare program, but if you are identified as having pre-diabetes then you qualify for a screening every six months,” Mawby said. “So my joke is there’s nothing to do except measure it every six months and watch them get diabetes at which point then there’s things you can do.”

Ken Thorpe, a professor at Emory University’s Rollins School Of Public Health, said intervention programs should be introduced during these screenings. Thorpe, who also chairs The Partnership To Fight Chronic Disease and spoke on the policy panel, said there are already cost-effective models of intervention and care coordination to help with diabetes prevention.

One program in particular that has gained momentum since 2002 is the YMCA’s Diabetes Prevention Program. The DPP is a lifestyle intervention program that operates in 25 states, caters to pre-diabetics with a physician’s referral and has been shown to delay the onset of diabetes by 58 percent. Thorpe said that intervention models like these, that usually cost around $275 per person, should be scaled nationally and incorporated into the Medicare program as a covered benefit.

“We know that the diabetes prevention program is effective,” Thorpe said. “The challenge has always been translating the DPP protocol into a group setting so we can get the unit cost down, so we can save money with it.”

Novo Nordisk invested $250,000 in YMCA programs in Georgia, Kentucky and Arizona in the form of ‘scholarships’ for Medicare-eligible pre-diabetics who can’t afford the cost of the program. Thorpe said that data from the DPP has shown the most improvement for older pre-diabetics.

Former Senate Majority Leader Tom Daschle said  the recent allocation of $10 million from the Affordable Care Act to the Center for Disease Control and Prevention’s National Diabetes Prevention Program could be invested in prevention programs for the elderly and save Medicare money in the long run.

“Conservative estimates show that offering the NDPP to overweight and pre-diabetic adults age 60-64 could actually save the Medicare program alone as much as $2.3 billion over 10 years and as much as $9.3 billion over a lifetime,” Dashcle said on Tuesday.