CLEVELAND — There’s a new building going up on the campus of the Cleveland Clinic. A very big building.

“The idea is to create a ‘mini campus’ that gives each school its own identity but fosters collaboration,” said Chris Connell, one of the architects.

The building, which will cost almost half a billion dollars, will provide an estimated 8.5 football-fields’ worth of space and enough concrete to build a 75-mile-long sidewalk. It is expected to be open to the first classes of students in 2019.

But this part of the project is less the beginning and more the culmination of a long-running effort at Case to train different types of health professionals how to work together. Health care in the 21st century is increasingly being provided by teams, say the projects’ advocates, yet most health care professionals don’t encounter their “teammates” until they are well along in their training.

“Health care is no longer a gladiatorial sport, where you had the one health care provider; you know mano a mano, one on one, battling a disease,” said James Young, a cardiologist who heads the Cleveland Clinic Lerner College of Medicine. “I’m involved with heart transplantation and mechanical devices for the heart,” he said. “Boy, you can’t do it by yourself.”

On this particular day, about a mile away from the construction site, a small group of students from the medical, dental, nursing, and social work schools were gathered on Case’s main campus around a conference table. Every student in every health professions school is required to attend a seminar like this twice a year — one of the ways in which the training programs are already encouraging collaboration.

At this particular session, the students are tasked with figuring out how to best treat a (hypothetical) patient — a 35-year-old woman with hypertension, obesity and diabetes. She has come to the (fictitious) clinic with a series of injuries she said she got falling down a flight of stairs. Meanwhile, her boyfriend is in the lobby acting disruptively.

The students discuss and argue about which of the patient’s problems to address first, and what to do about the boyfriend. They don’t end up reaching a consensus, but faculty overseeing the group say that’s OK. 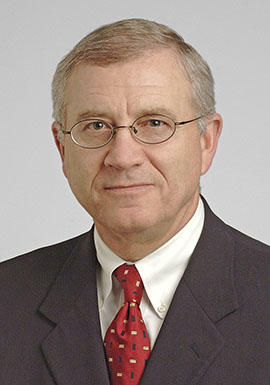 “I think that’s fabulous,” said Kristin Victoroff, an associate dean at the dental school. “It is actually an indicator of a functioning group, where’s there enough trust in the group where you can say what you really are thinking.”

But that’s not the only way the university is trying to foster “interprofessional” education. For example, at a free oral health clinic elsewhere in Cleveland, dental students and nurses collaborate to treat real patients. Other activities bring students together to discuss problems that cross professional lines, like obesity or pain.

“We all have to deal with pain whether it’s dentists or social workers or nurses,” said Carol Savrin, an administrator at the Case nursing school.

Efforts such as these to train doctors, nurses and other health professionals together have been tried for years. And they haven’t always been successful.

“I think they come in with some preconceived or stereotyped notions of what a doctor [or] a social worker is,” said Scott Wilkes, an assistant dean at the Case social work school.

Yet getting everyone on the same page is critical to preventing medical mistakes, said Patricia Thomas, a vice dean at the Case medical school.

In studying the problem, she added, “the root of many of our errors had to do with the fact that our professions were not working effectively together for patient care.”

Administrators say that is why the new building is so important.

It’s not just the formal training together, said Victoroff of the dental school, “I’m excited about the informal interactions that are going to happen.”