New guidelines issued by the Federation of State Medical Boards could have a chilling effect on the growth of telemedicine – especially in rural areas and among low-income patients, say some patient advocates, health care providers and health care companies. But the federation says the updated guidance will safeguard patients’ privacy and ensure high-quality care in the current fast-changing health care delivery environment. 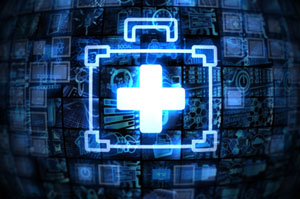 As part of a wide-reaching April 26 policy statement, FSMB changed the definition of telemedicine to care that “typically involves the application of secure videoconferencing… to provide or support healthcare delivery by replicating the interaction of a traditional encounter in person between provider and a patient.” It is not, according to the federation, “an audio-only, telephone conversation, e-mail/instant messaging conversation or fax.”

The statement, which is not a legal document but is intended to help state medical boards’ develop professional policies and standards for their members, triggered a backlash from some stakeholders.

Eight patient advocacy and provider groups wrote FSMB Chairman Donald Polk May 1 asking that the policy be reconsidered. “We believe the policy … did not account for many of the safe, secure ways patients are accessing health care today, including ‘audio-only’ telephone. Our goal is patient access to safe, secure telemedicine and this may be thwarted if the existing policy is allowed to stand,” the groups write.

But Humayun Chudhry, FSMB’s CEO, said the “policy is not designed to limit the use of the telephone.” Instead, it’s designed to ensure that a patient’s care does not proceed “for months or years on end” based entirely on “audio only” conversations, adding neither FSMB or state medical boards have a say in how private insurers or Medicaid reimburse for these consultations.

“The concern is that … patient safety not be forgotten. Just because you’re using [technology] you should not be able to cut corners. It’s a cautionary note for physicians and for patients,” Chaudhry said.

Opponents warn, though, that it could have unintended consequences.

Some consumers do not have a computer or Internet access at home and would have to drive to the nearest telemedicine facility. For a chronically ill or elderly patient — the very patients telemedicine is geared to help — that could become a deterrent to seeking care.

Dale Gibbs, director of telehealth services at Catholic Health Initiatives Nebraska, a nonprofit health system; and director of outreach services at Good Samaritan Hospital, a regional referral center that serves rural patients within a 200-mile radius in Nebraska, said that most Good Samaritan’s patients come from rural locations where there is a shortage of specialty providers. After they undergo complex surgeries and recover, the hospital uses both video and telephone visits for follow-up care. For those who may not be “wired” or technologically savvy, the telephone remains a critical tool.

“We need to be able to talk to patients, and we won’t get video into a remote farm house,” he said. “Telemedicine is far more than just video. It involves back and forth between the patient and provider.”

Most private insurers and state Medicaid plans reimburse for telehealth visits, but Medicare still lags behind with tight restrictions on who and what conditions qualify for payment under the program’s telehealth rules. Some stakeholders worry the FSMB policy model also could influence payers.

The modes of communication – for instance, telephone talk or instant-message conversation — not included in the model policy, “can be mechanisms to improve care and I am concerned the policy statement could be interpreted [to say] that such care is inappropriate,” said Ateev Mehrotra, a professor of health care policy at Harvard Medical School.

Meanwhile, getting ready for the future is also a reason to broaden rather than narrow what interactions should be categorized as telemedicine, according to Amy Comstock Rick, CEO of the Parkinson’s Action Network.

Though her organization does not have numbers on how many Parkinson’s patients rely on telehealth instead of in-person visits at a facility, she guesses the number will be huge in the future.

“If you limit to video conference, there may be an equity issue. Not everyone has that equipment or is comfortable using it — we’re just trying to break down the barriers so people who want to use it can use it,” she said. “Are we going to go backwards if the model policy is a prohibiting non-telephone interactions?”