DENVER — One of the most common reasons patients head to an emergency room is pain. In response, doctors may try something simple at first, like ibuprofen or acetaminophen. If that wasn’t effective, the second line of defense has been the big guns.

Now, though, physicians are looking for alternatives to help cut opioid use and curtail potential abuse. Ten Colorado hospitals, including Swedish in Englewood, Colo., participated in a six-month pilot project designed to cut opioid use, the Colorado Opioid Safety Collaborative. Launched by the Colorado Hospital Association, it is billed as the first of its kind in the nation to include this number of hospitals in the effort.

The goal was for the group of hospitals to reduce opioids by 15 percent. Instead, Dr. Don Stader, an ER physician at Swedish who helped develop and lead the study, said the hospitals did much better: down 36 percent on average.

The decrease amounted to 35,000 fewer opioid doses than during the same period in 2016.

The overall effort to limit opioid use in emergency departments is called the Colorado ALTO Project; ALTO is short for “alternatives to opioids.”

The method calls for coordination across providers, pharmacies, clinical staff and administrators. It introduces new procedures, for example, like using non-opioid patches for pain. Another innovation, Stader said, is using ultrasound to “look into the body” and help guide targeted injections of non-opioid pain medicines.

Rather than opioids like oxycodone, hydrocodone or fentanyl, Stader said, doctors used safer and less addictive alternatives, like ketamine and lidocaine, an anesthetic commonly used by dentists.

Lidocaine was by far the leading alternative; its use in the project’s ERs rose 451 percent. Ketamine use was up 144 percent. Other well-known painkillers were used much less, like methadone (down 51 percent), oxycodone (down 43 percent), hydrocodone (down 39 percent), codeine (down 35 percent) and fentanyl (down 11 percent). 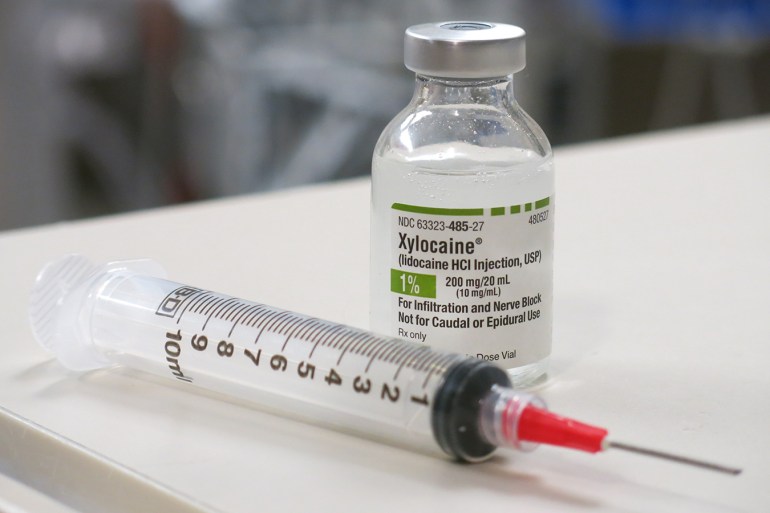 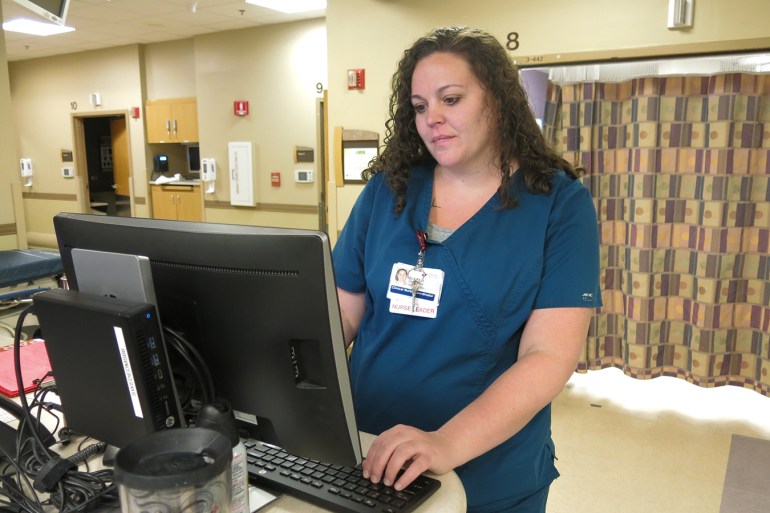 “We all see the carnage that this opioid epidemic has brought,” Stader said. “We all see how dangerous it’s been for patients, and how damaging it’s been for our communities. And we know that we have to do something radically different.”

Claire Duncan, a clinical nurse coordinator in the Swedish emergency department, said the new approach has required intensive training. And there was some pushback, more from patients than from medical staff.

Emergency medical staff are all too familiar with the ravages of the opioid epidemic.

They see patients struggling with the consequences every day. But Bakes, the ER doctor at Swedish, said this project has changed minds and allowed health care professionals to help combat the opioid crisis they unwittingly helped to create.

“I think that any thinking person or any thinking physician, or provider of patient care, really felt to some extent guilty, but … powerless to enact meaningful change,” Bakes said. 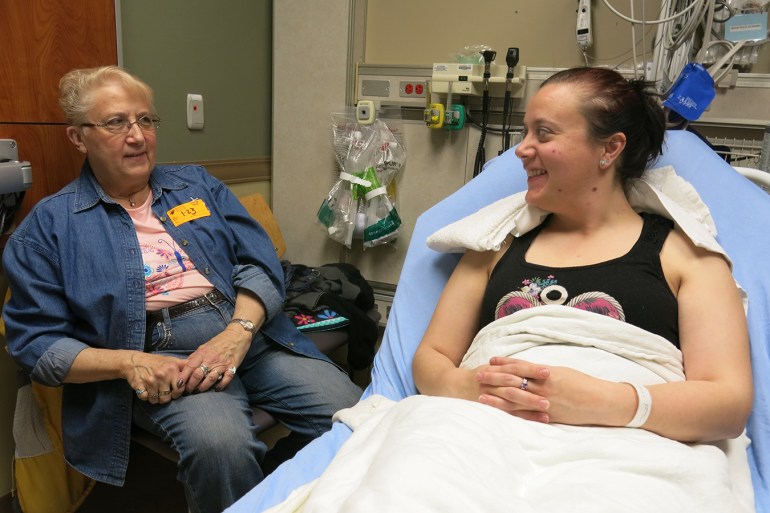 Patient Ashley Copeland talks to her mother, Sue Iverson, in the Swedish Medical Center emergency department. Copeland was treated for a severe headache with a nerve blocking anesthetic, but no opioid painkillers. She was discharged and advised to use over-the-counter meds for pain. (John Daley/CPR News) 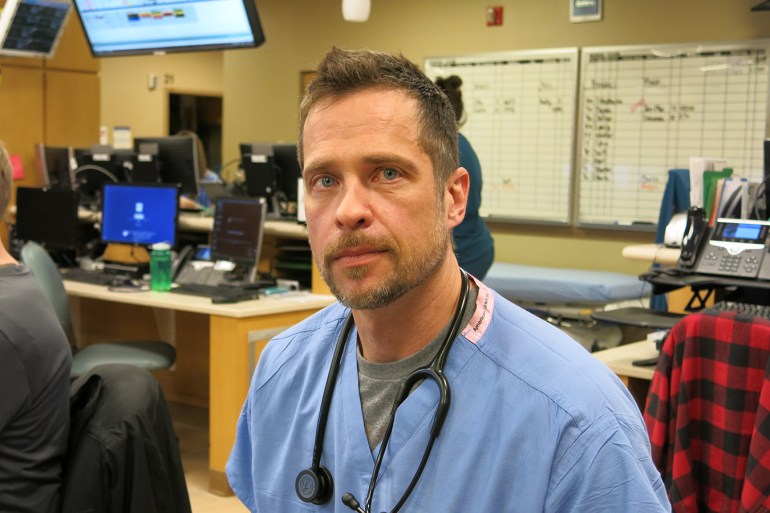 The pilot project has proven so successful that Swedish and the other emergency departments involved will continue the new protocols and share what they learned. Stader said the Colorado Hospital Association will help spread the word about opioid safety and work toward its adoption statewide by year’s end.

“And I think if we did put this in practice in Colorado and showed our success that this would spread like wildfire across the country,” Stader said.