Texas officials received a long awaited thumbs up from the federal government on a proposed overhaul of the Texas Medicaid program this week, according to a letter obtained by Kaiser Health News. 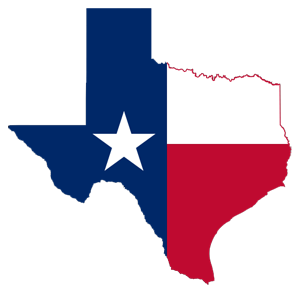 The letter, dated Sept. 14 from federal Medicaid director Cindy Mann, said her agency has “reached agreement in principle” on the Texas plan to expand Medicaid managed care across the state and create funding pools to finance hospital infrastructure and quality improvement programs.

“Based on our discussions over the past several weeks, we are pleased with the progress [and] eager to continue to work,” Mann writes in the letter to the Texas associate director for Medicaid and CHIP.

The new funding pools are essentially a workaround to keep money flowing to hospitals that would otherwise be canceled out by the managed-care expansion. Hospitals have expressed concern over whether the proposal would meet approval at the federal level.

The Texas Health and Human Services Commission had initially sought approval by Sept. 1, to quell hospitals’ concerns before an initial managed care expansion began on that date. The Centers for Medicare and Medicaid Services said in the letter that it could not promise a date for final approval, but indicated that it could come as early as Sept. 30.

A spokeswoman for the Texas health commission acknowledged in an August interview that the state, which submitted the proposal in mid-July, was on a “crazy time-frame” but believed it could quickly gain approval because a similar plan was successfully proposed last year by California.

The Texas request is called the “Texas Healthcare Transformation and Quality Improvement Program.”  By contrast, California called its plan the “Bridge to Reform,” a comparison that critics of the Texas Gov. Rick Perry, a GOP presidential candidate, have been quick to point out.

The proposal, according to Texas’ initial request, will “help transform the current delivery of care and payment systems in Texas to a system that is more transparent, accountable, and ready to serve newly insured individuals who would enroll in Medicaid or federally subsidized insurance under current law starting in 2014.” That’s a reference to the 2010 federal health law, which Texas is also suing in federal court to block, an effort joined by 25 other states.

A spokesman for CMS confirmed the letter, saying only, “we continue to work with the state.”

Texas And Feds Agree ‘In Principle’ On Medicaid Overhaul