A lawsuit filed in Dallas against one of the nation’s largest hospice companies identifies how Medicare’s payment methods can offer unintended financial incentives to inappropriately move patients from HMOs into hospice programs and then into hospitals. 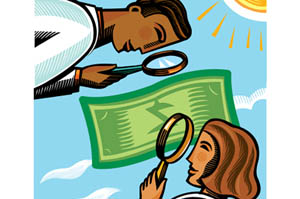 In a complaint unsealed last week in a federal court, a former general manager of Vitas HealthCare Corp.’s San Antonio office alleged the company defrauded Medicare through a “conspiracy” with two HMO companies. Vitas and the companies have denied the allegations. The Department of Justice and the state of Texas have declined to join with the plaintiffs in the suit “at this time.”

Here’s how the complaint alleges the arrangement worked: Since Medicare Advantage pays HMOs monthly per-patient fees, the HMOs had a financial incentive to avoid chronically ill patients, who need lots of treatments. So the HMOs referred many of their chronically ill patients for hospice care at Vitas, which accepted them even though their conditions weren’t considered terminal.

Although expensive for the HMOs, these patients made money for Vitas, the complaint alleges. That’s because Medicare reimburses hospice with a flat fee for each day a patient is enrolled. Long-stay hospice patients tend to be more profitable since the big costs in hospice care come when patients first enter the program and need to be evaluated and at the end, when they are dying and require more care, according to the Medicare Payment Advisory Commission, a congressional agency that has faulted Medicare’s payment formula.

In the situation outlined in the suit, Medicare lost out, both because the patients didn’t qualify for hospice and because the hospice benefit paid Vitas at a higher rate than it paid the HMOs, said Jim Barger, the lawyer for the whistleblower, Michael Rehfeldt.

On top of that, the lawsuit claims that when the health of Vitas patients required expensive hospital services, the company kicked them out of the hospice program “in order to shift the high costs of hospital procedures and prescription medications” away from the hospice and onto Medicare’s traditional fee-for-service program. The lawsuit alleges Vitas at times backdated the revocation papers.

Barger said cherry-picking patients “is the oldest scam in health insurance, but it’s much more sophisticated and it’s being perpetrated on the taxpayers.”

In the lawsuit Rehfeldt claims that when he became general manager of Vitas’ San Antonio office in 2008, he discovered that 22 percent of the 560 hospice patients had been enrolled for more than 500 days. The Medicare benefit is intended for patients who are projected to have no more than 180 days to live, although government watchdogs have been concerned that for-profit hospice companies are seeking out patients who aren’t on death’s door.

Rehfeldt claims he discovered that the medical director for Vitas’ local office, Justo Cisneros, simultaneously worked as a medical director and doctor for the two HMOs, WellMed Medical Management Group, based in San Antonio, and Care Level Management, run by Inspiris, a Tennessee company. There, Cisneros was in a position to refer the chronically ill HMO patients to Vitas — and to then certify them as meeting Medicare’s hospice rules, the lawsuit alleges. The lawsuit says Cisneros executed the plan with Keith Becker, a former general manager of Vitas’ San Antonio office who is now an executive at Inspiris.

The lawsuit was filed in 2009 under seal, which was partially lifted this week by Jane Boyle, a judge in the United States District Court’s Northern District of Texas, based in Dallas. Under the rules of whistleblower “qui tam” lawsuits, Rehfeldt would be entitled to a portion of any money the lawsuit recovers on the government’s behalf. The lawsuit does not state how much money was involved.

The companies denied the allegations but declined to comment on the specifics. In a statement, Vitas CEO Timothy O’Toole said the company would vigorously fight the lawsuit. “Vitas is in compliance with all Medicare and Medicaid rules and regulations applicable to hospice providers,” he said. Kal Mistry, Vitas’ chief administrative officer, said in an interview that nationwide, the average length of stay for a Vitas patient was 80 days, with half receiving hospice care for 15 days or fewer.

“We are pleased because the feds and the state have declined to intervene,” said Dan Calderon, a spokesman for WellMed.

David Canniff, Inspiris’ chief financial officer, said in an e-mail that the government’s “decision not to intervene in this civil complaint sends a strong message regarding the merits of this suit and INSPIRIS will vigorously defend its position if the litigant chooses to pursue any further action.”

Cisneros could not be reached for comment, but denied the allegations in an interview with the Bloomberg news service, saying Vitas was “caught in a paradigm shift” as Medicare first encouraged hospices to enroll patients with neurological problems such as dementia and then tried to limit the resulting longer stays from these illnesses. The hospice industry has broadly maintained that the decline of such patients is far harder to predict than those of cancer patient, leading to patients who remain for several years before dying.

The lawsuit says that Vitas’ San Antonio branch became more vigilant about removing from its rolls patients who had been remaining for long periods after the Centers for Medicare and Medicaid launched a close review in 2007. But according to the lawsuit, in late 2008, a Vitas executive conducting a review of patient charts told Rehfeldt that many of the patients currently on the rolls “were never eligible and that he [the executive] did not know why they were ever admitted.”