Dr. Rob Davidson, an emergency physician from western Michigan, had never considered running for Congress. Then came February 2017. The 46-year-old Democrat found himself at a local town-hall meeting going toe-to-toe with Rep. Bill Huizenga, his Republican congressman of the previous six years.

“I told him about my patients,” Davidson recalled. “I see, every shift, some impact of not having adequate health care, not having dental insurance or a doctor at all.”

His comments triggered cheers from the audience but didn’t seem to register with Huizenga, a vocal Obamacare critic. And that got Davidson thinking. 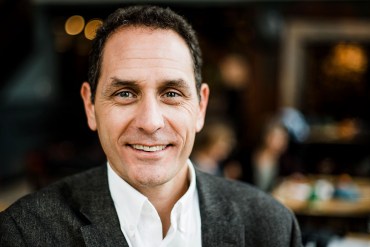 “I’ve always been very upset … about patients who can’t get health care,” he said. But it never inspired him to act. Until this June, that is, when the political novice joined what is now at least eight other Democratic physicians running in races across the country as first-time candidates for Congress.

Democrats hope to gain control of Congress by harnessing what polls show to be voters’ dissatisfaction with both Capitol Hill and President Donald Trump. The president maintains Republican support but registers low approval ratings among Americans overall, according to news organization FiveThirtyEight. Democrats also see promise in candidates such as Davidson, a left-leaning physician who may have a special advantage: firsthand health system experience.

Polls by Quinnipiac University, The Wall Street Journal and the Kaiser Family Foundation suggest health care is among voters’ top concerns as midterm elections approach. (Kaiser Health News is an editorially independent project of the foundation.)

Of the Democratic doctors running for office, all but one are seeking House seats. In addition to the nine newcomers, there are two incumbents up for re-election. Each candidate is campaigning hard on the need to reform the health care system.

And they present a stark contrast to Congress’ current physician makeup.

Twelve of the 14 doctors now in Congress are Republicans. Three are senators. Half of the 14 practice in high-paying specialties such as orthopedic surgery, urology and anesthesiology.

By contrast, these stumping Democratic physicians hail predominantly from specialties such as emergency medicine, pediatrics and internal medicine, though one is a radiologist. They’re fighting to represent a mix of rural, urban and suburban districts.

“Electing Democratic doctors would certainly change the face of medicine in Congress, and perhaps lend more credence in that body to more liberal health care policies,” said Dr. Matthew Goldenberg, a psychiatrist at Yale School of Medicine who has researched political behavior and advocacy among doctors.

Physicians once trended Republican. The infusion of female and minority doctors, experts said, has changed this. Now, more than 50 percent of party-affiliated doctors are Democrats, and the medical establishment has — following Republican efforts to undo Obamacare — emerged as a staunch defender of the law.

Indeed, many doctor-candidates point to the GOP’s repeal-and-replace efforts as their motivation.

“It’s at a boiling point for many of these physicians,” said Jim Duffett, executive director of the left-leaning Doctors for America, which supports universal health care.

While health care consistently emerges as a top issue, Democrats are more likely to rank it No. 1. For independents and Republicans, though, it’s neck and neck with the economy — and some political analysts question how effective it will be in flipping conservative districts.

“Democrat voters blame Republicans for the problems with health care right now. Republicans blame Democrats. Independents say, ‘A pox on both your houses,’” argued Jim McLaughlin, a Republican pollster working on several 2018 races who has previously worked with Trump. “They’re making a big mistake thinking they can run on [health care].”

That said, doctors can be effective messengers, especially in their communities.

Research suggests Americans hold their own physicians in high regard.

“Voters listen carefully to what physicians have to say about health policy,” said Jonathan Oberlander, a professor of social medicine and health policy at the University of North Carolina. “In a district that’s not so one-sided red or blue, there’s no question that the white coat confers prestige. It’s something physician candidates can speak to with authority.” 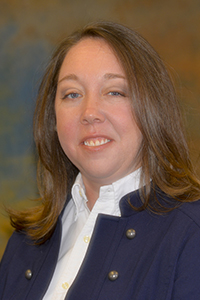 Davidson, for instance, supports a “Medicare-for-all”-style overhaul, an approach that involves expanding the federal insurance program for seniors and disabled people to all Americans. If elected, he said, he intends to join Democrats’ burgeoning support for a single-payer system, in which the government runs the sole health insurance program, guaranteeing universal coverage. He did not have a primary challenge and is running against Huizenga, the Republican incumbent, in the general election for Michigan’s 2nd Congressional District.

Or there’s Dr. Kyle Horton, an internist running in the North Carolina 7th District. She supports expanding Medicare, by lowering the eligibility age from 65 to 50. She also supports a “public option” health insurance plan sold by the government. 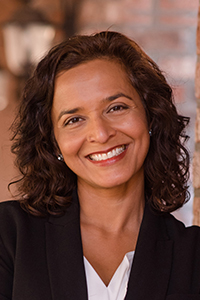 Dr. Hiral Tipirneni, an emergency physician in Arizona’s 8th Congressional District, asserts all Americans should be able to buy in to Medicare.

Physicians can have an advantage on other controversial topics, by casting them as public health issues, said Howard Rosenthal, a political scientist at New York University.

Davidson’s campaign, for instance, posts videos on Facebook in which he talks about topics such as health care access and gun violence. One — filmed after an overnight ER shift — has gotten 41,000 views so far. 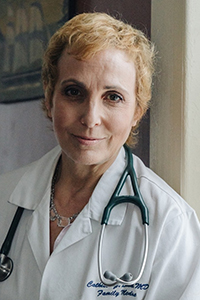 Dr. Cathleen London, a Maine doctor, launched her campaign against four-term incumbent GOP Sen. Susan Collins for the 2020 election. She said she had been considering a run, but the upcoming vote for a justice to replace Anthony Kennedy on the Supreme Court — which could have sweeping implications for reproductive health law — pushed her to declare.

Many of these Democrats face steep climbs. 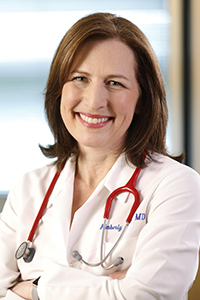 Of races featuring newcomer physicians, the Cook Political Report, which analyzes elections, rates only Arizona’s 2nd Congressional District as leaning Democratic, and the doctor in that race is just one of seven candidates in the primary. The outcome for Washington’s 8th District, where Dr. Kim Schrier, a pediatrician, is a candidate, is considered a toss-up and a Democratic pickup target.

Tipirneni is the only non-incumbent doctor to have a fundraising advantage so far, according to data from Open Secrets, a nonpartisan, nonprofit project tracking campaign-finance records.

Regardless of electoral results, many observers say the potential implications are sizable — even if few doctors go to Washington.

“They are planting a flag, and they’re going to be raising some important issues — not just health care, but health care is going to be front and center,” said Duffett, from Doctors for America. “That will help change the political debate and political landscape.”

The Doctors Want In: Democratic Docs Talk Health Care On The Campaign Trail