Jeffrey Brenner doesn’t believe in blaming a person for showing up at an emergency room for a cold or an ear infection, even if the illness could have been treated in a doctor’s office at much lower cost. Instead, he faults the health care system, and he wants to prove that if providers, employers and insurers work together more effectively, that person will stop going to the ER. 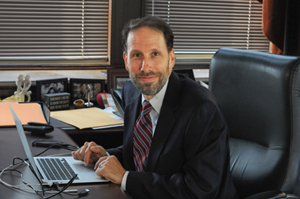 Brenner, a 2013 MacArthur Fellow and executive director of the Camden Coalition of Healthcare Providers, is testing this theory with a randomized controlled trial. Findings are due out in 2016.

The trial extends what the Coalition has been doing for years in hospitals and primary care offices that serve the low-income neighborhoods of Camden, N.J. For the past decade, the nonprofit has worked to bring together hospitals, physician offices and other providers to create programs to better coordinate care for the high proportion of Medicare and Medicaid patients in the region. Brenner’s team flags patients with multiple hospital visits — the so-called “super utilizers” — and sends a care coordinator to their bedside. The goal is to find out why they went to the hospital instead of a doctor’s office. Then, a nurse, a health coach and a social worker meet regularly with patients, and determine how to address their continuing needs.

Employer health plans also have super-utilizers who rack up medical bills, prompting some employers to experiment with ways to control these costs.

Brenner recently spoke with KHN’s Lisa Gillespie about the trial and the work still left to be done. An edited transcript of that conversation follows.

Q: Can you explain the randomized trial? What are you trying to show?

A: We identify the patients … who have had two or more hospital admissions, and then they get randomized into the control [group] — care as usual — or they have 90 to 120 days of intensive wrap-around coaching. [We] will track them for a year and possibly longer. The end point [measures] are [whether we achieve] a reduction in ER and hospitalization utilization. We also look at [the] patients’ overall wellbeing.

We’re trying to prove that we’re using the wrong methods to approach these patients. You don’t need new money [to care for patients], you just need new service delivery systems. We have to stop giving up on poor people. There is a feeling that it’s the patients’ fault that their care process isn’t going well, and that the health care system has done everything it can do and the rest is up to the patient.

We spend money in the wrong places delivering the wrong services at the wrong time, and this is about rethinking how we deliver care. As I meet with congressmen, hospital CEOs, the numbers of stories told behind closed doors of family members getting lost in the health care system is tragic. As baby boomers age, more and more families are experiencing what it feels like to get lost and have too much unnecessary stuff done to a family member.

Q: So the trial is looking at a high proportion of Medicaid and Medicare patients, but do you think the findings could also prove helpful to employers regarding the health costs of workers’ and retirees’ coverage?

A: A lot of the failures happening for poor people are happening for the middle class. [We] are all trying to solve a similar problem: how do you engage very sick people and help them work their way through problems? In every population that you look at, a small percentage of patients is responsible for most of the costs.  So for employees and their dependents, you’ll find the same pattern — that 1 percent of patients account for 25 percent of costs. Whether you’re middle class or poor, the health care system falls apart when you’re a complex patient. We need to coordinate care and have engagement models for the sickest patients.

Take for instance a middle class woman with a master’s degree getting care at a five-hospital integrated system, connected electronically. She was going to the ER repeatedly and, in a three-and-a-half-year period, she had 79 CT scans to the head. A group of family medicine residents got to know her and found out she had severe anxiety, so they got her working with a psychologist and she stopped going to the ER.

These hospitals were electronically connected. They could have seen the other CAT scans, but they did not. So I don’t think the phenomena we’re talking about is exclusively for poor patients. If you have good insurance, you can also have an enormous amount of unnecessary care.

Q:  Are public and private insurance plans already doing some of this coordinated care you’re talking about?

A:  There are lots of examples: Boeing has a patient-centered medical home for employees, and Bravo Health has a Medicare Advantage plan in Philly.

There’s been a big shift amongst health care plans because telephonic health case management isn’t effective. It takes boots on the ground to shift the trajectory. So you’re seeing more and more insurers get into the work of delivering care. Bravo Health has built two physical offices to deliver care, with shuttles and vans picking people up and [with] phenomenal hospitalists. They’ve put these in two of the poorest neighborhoods in Philly. They’ve made incredible profit, and Cigna bought them and now they’re trying to scale the model. That’s evidence that there’s money to be made on delivering coordinated care.