A desperate but determined group of parents raised millions through golf tournaments and cocktail parties to support research for drugs to fight cystinosis, a rare, fatal childhood disease. They were ecstatic when a pill called Procysbi was approved in 2013.

The twice-a-day medicine was a breakthrough because it supplanted an existing drug with debilitating side effects that had to be taken every six hours around the clock — a missed dose could permanently damage a child’s kidneys.

But the families’ elation dimmed when Raptor Pharmaceutical, which acquired the marketing rights and financed clinical trials for Procysbi, priced the drug: more than $300,000 a year for some patients.

“When I heard the number, I was like, holy … that’s incredible!” said Kevin Partington, the father of twins with cystinosis. “The first thought was, how do we pay for it and get this approved through insurance?”

Manufacturers selling precious, lifesaving medicines and patients share an uneasy alliance. They need each other but have clashing priorities, especially when it comes to drugs treating rare diseases such as cystinosis. 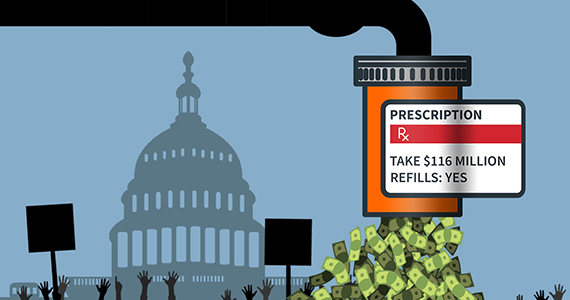 Cystinosis families say they are deeply grateful for Procysbi. The medicine would not be on the market without Raptor — which performed clinical trials — and Horizon Pharma, which acquired the rights two years ago, they acknowledge.

But they also feel they’ve been used. What began as a desperate search for life-extending medicine, cystinosis parents say, has become a story of corporations profiteering off their children.

What’s more, they say, even as they have tried to keep the companies at arm’s length, Horizon and Raptor have breached sensitive boundaries around their tightknit community to increase sales.

“I feel like it’s all about the bottom line,” said Denice Flerchinger, who has a daughter with cystinosis and helped raised some of the first research funds for the drug. “I don’t think any of us thought they could do this and get away with it.”

Procysbi is an “orphan drug,” under FDA rules, giving its makers an extended monopoly and the opportunity for big profits because it treats a disease affecting only about 500 Americans.

Its price has risen five times in the past five years, first by Raptor and later through its current owner, Horizon. For some patients, it now costs more than $1 million annually.

Procysbi’s high cost is needed to finance research for a range of medicines, said Matt Flesch, a spokesman for Horizon, which bought Raptor in late 2016 and has raised the drug’s list price 21 percent since then, according to data from Connecture, an information-technology firm. “If rare diseases don’t have a higher price, then companies aren’t going to bring new medicines forward,” he said.

After rebates and discounts, Horizon’s average annual revenue per patient is about $486,000, Flesch said. No patient needing Procysbi lacks it, due to a Horizon program that covers deductibles and copays or the entire cost if insurance is lacking, he added.

Cystinosis is an inherited disease that keeps children from processing a protein component called cystine, slowly weakening organs and tissues. Without treatment, patients can go blind and develop end-stage renal disease by their 10th birthday.

Treatment can be brutal. Before Procysbi, the only medicine prolonging life — typically into a patient’s 20s, when a kidney transplant is often needed — tasted like sulfur, induced vomiting, made an embarrassing odor and had to be taken every six hours. Even one missed 3 a.m. dose meant rising cystine levels for a baby or toddler and the possibility of permanent organ damage.

In 2003, Nancy Stack’s daughter Natalie made a wish on a napkin in purple crayon on her 12th birthday: “To make my disease go away forever.”

Years ago, “you were handed a pamphlet, ‘When Your Child Has a Terminal Illness,’ dot, dot, dot,” Stack said. “It never sat well with us. But when our own daughter at 12 understood that if there was no cure it meant she was doing to die, then we realized, wow, this is a big life event for us.”

Through friends, relatives and her husband’s contacts in real estate, the Stacks raised money for research and founded a nonprofit now called the Cystinosis Research Foundation. At the same time, they began building a network of families who were coping with a frightful illness. 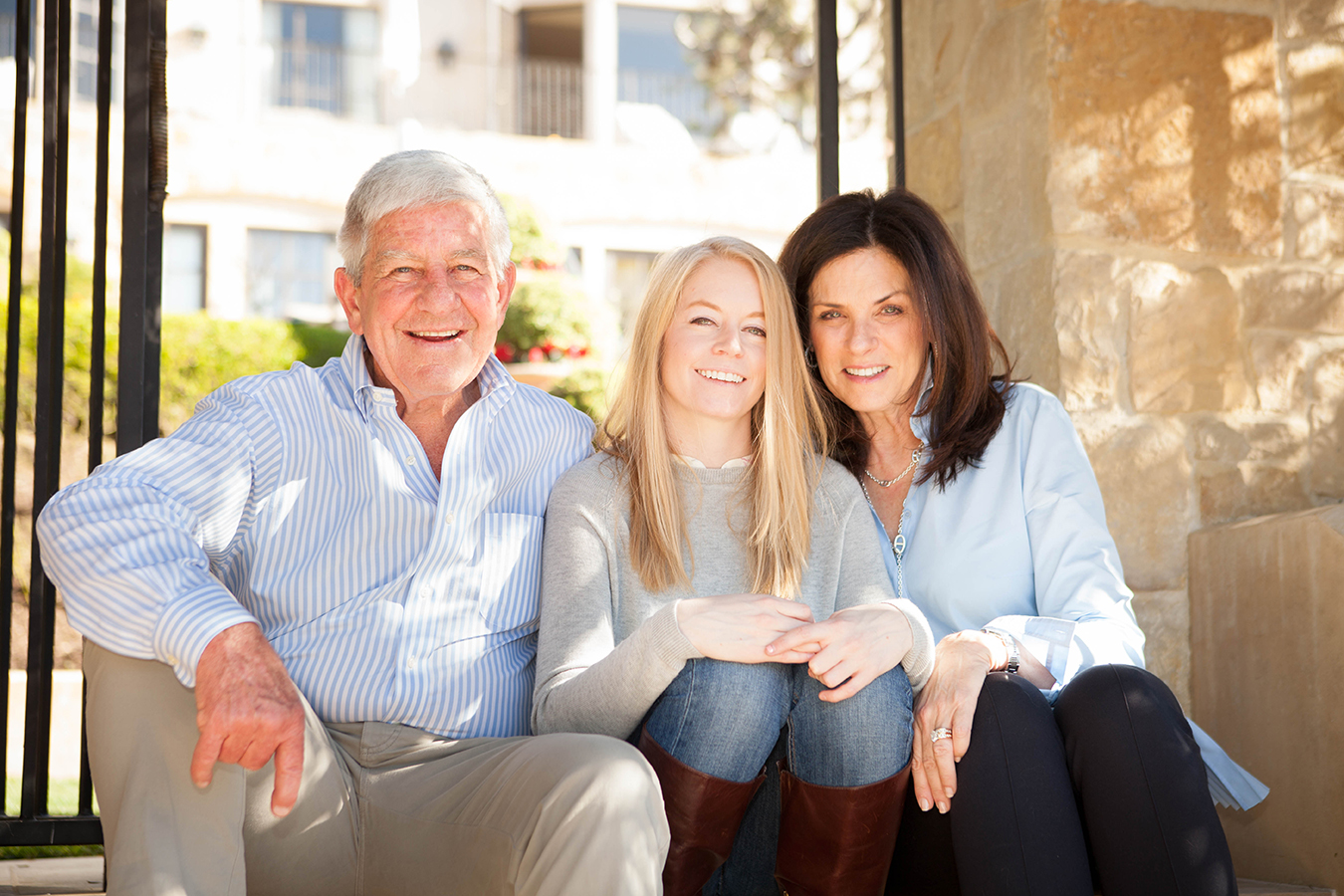 “It was so encouraging to see this community doing all these amazing things,” said Nicole Manz, who learned about CRF in a hospital room where doctors diagnosed her son with cystinosis. “It was really empowering for our family.”

CRF’s ultimate goal was a cure, but one early, promising idea was to make the existing treatment easier to take. Scientists at the University of California-San Diego, a longtime center of cystinosis research, theorized that a time-release coating on the medicine could reduce side effects and the need for frequent doses.

Raptor, a company with about a dozen employees and no revenue, had acquired the rights to what would become Procysbi in 2007 and agreed to finance clinical trials to get it to market.

Raptor executives were quick to acknowledge how much they relied on the foundation and UC-San Diego, not only for the preliminary research but also for the patients’ contact information, which would save millions in marketing costs.

“We’re kind of coming in at the eleventh hour” in developing Procysbi, Raptor’s then-CEO, Christopher Starr, told the San Francisco Business Times in 2012, shortly before the drug’s launch.

Raptor’s research-and-development expense leading to Procysbi’s launch in June 2013 came to about $80 million, financial statements show. Most of that went toward getting Procysbi approved for cystinosis, although some was spent on investigating other drugs or diseases.

As Procysbi moved closer to approval, families knew it would be expensive. That’s not unusual for a rare-disease drug with a small market. Cystagon, the older, non-coated version of the medicine, cost about $9,000 a year at the time.

But nothing prepared those families for what happened. The $300,000 launch price was so high that Raptor CEO Starr objected, said Dr. Patrice Rioux, who was the company’s chief medical officer and also opposed the pricing.

Starr “was a scientist who wanted to provide the drug at a relatively good price,” Rioux said in an interview. “The board was not of this opinion” and overruled him, he said.

Starr did not respond to requests for an interview. In 2014, a year after Procysbi’s approval, the company announced his resignation as CEO, although he stayed on Raptor’s board. Rioux said he resigned at the same time.

“At the time of Procysbi’s approval, there was full agreement about its price within management,” Julie Anne Smith, who replaced Starr as CEO, said in an email. “I am proud to have been part of the Raptor team who worked with the cystinosis community” to get the drug approved, she said.

Stack wrote an angry note shortly after learning about the price.

“I feel awful about all this and personally accountable,” she said in an email to Raptor executives. “It is so disheartening — the community will suffer from the high cost of Procysbi.”

The drug quickly brought in far more money than Raptor spent developing it, a result of its acceptance by patients and insurers, plus the steep price increases.

Procysbi’s list price is 48 percent higher than it was in 2013. The drug has generated revenue totaling about $500 million through June 2018 for both Raptor and Horizon, financial statements show. At the time of the Horizon buyout, Raptor projected additional Procysbi revenue of $1.5 billion from 2019 through 2026. 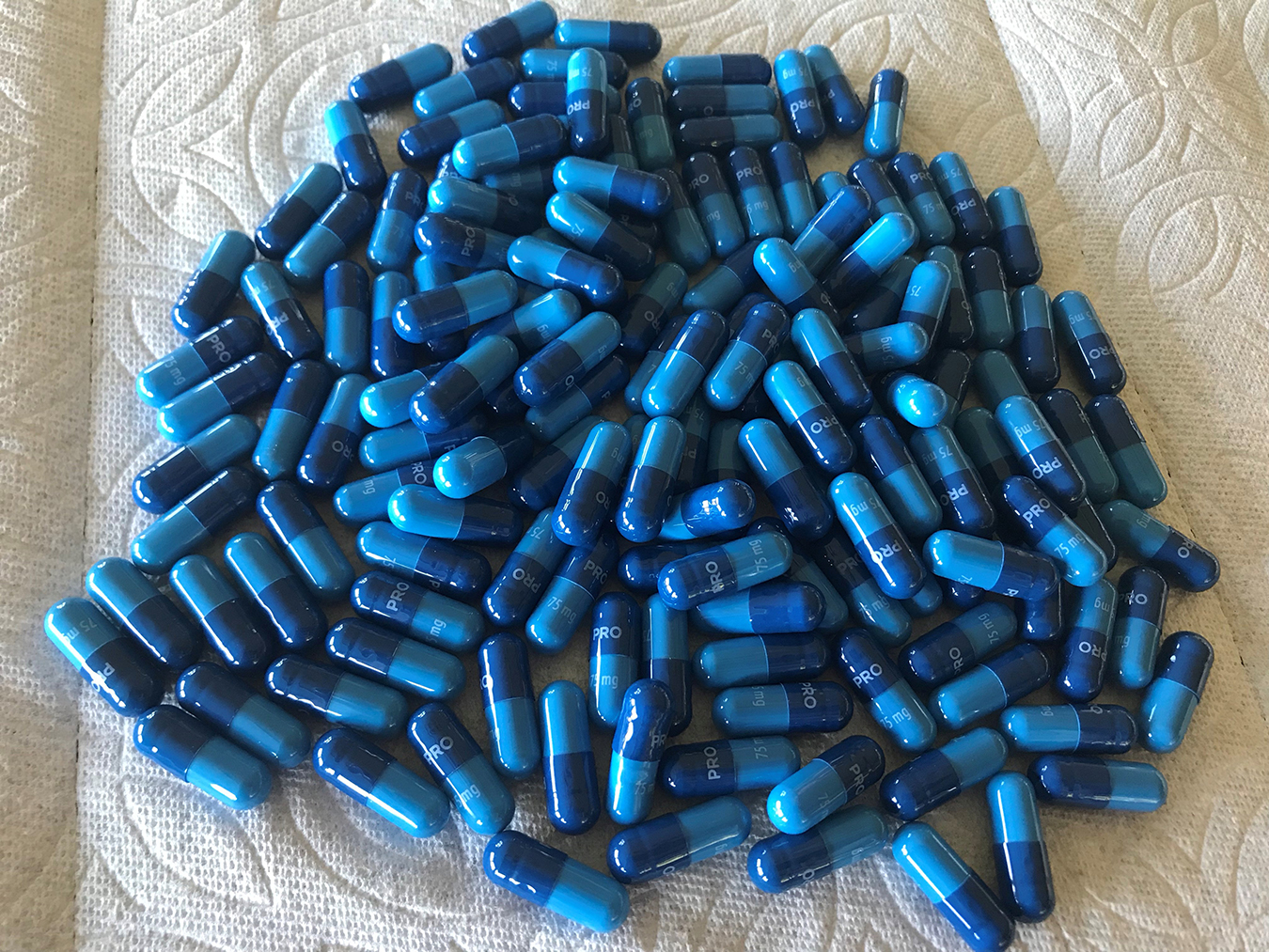 That cash stream prompted Horizon to buy Raptor for $800 million in 2016, enriching Starr, who still held shares and options worth $8.7 million, and Smith, his replacement CEO, who got $7.5 million in merger-related payments, according to an analysis of regulatory filings by Andy Restaino, CEO of Technical Compensation Advisors, an executive pay consultancy.

UC-San Diego, which licensed the rights to market Procysbi, has collected $20.9 million in royalties from Horizon and Raptor through 2017, according to data obtained under public information laws. The university “does not play a role in setting the market price for any drug,” UCSD said via a spokesman. Royalties help finance new research, it said.

Meanwhile the nonprofit organization started by families to develop the medicine, which held no business rights, got nothing.

“Those early grants were just [a] letter form and a handshake with the doctors,” Stack said. “We really didn’t understand how complex the system is, and how universities typically own all the … rights. We didn’t see dollar signs in our children.”

“We’re really transforming ourselves into a research-focused company, and a primary focus there is orphan diseases,” Flesch said.

About three-fourths of U.S. cystinosis patients now take Procysbi, but Horizon continues to work aggressively to expand its market share.

But for some, the personal touch is intrusive. CRF had to ban Raptor reps from emotional family meetings that broached topics such as bed-wetting, Stack said. Tearful Raptor employees once joined patients in making posters about cystinosis hopes and fears, which seemed inappropriate, she said.

Horizon pays for travel and lodging to “town halls,” where intense discussions among patients and families can feel like therapy. The company makes audio recordings of the sessions to use in market research, which some patients find deceptive, said Shannon Keizer, a cystinosis patient in her 20s.

The company also hosts lunches and dinners where families speak to physicians and one of eight Horizon “ambassadors” — patients and their family members who receive a $500 honorarium for each event promoting Procysbi.

“Instead of wining and dining and paying out stipends, they need to lower the price of the drug,” said Flerchinger. “It’s our money they’re spending.”

Horizon’s Facebook page, branded as “Cystinosis United,” resembles the private Facebook groups where cystinosis families console and encourage one another, with pictures of smiling patients and slick, touching videos. The company added its logo to the banner photo after parents complained, according to a company email.

In conversations with Horizon, Stack refers to this hands-on approach as “overreach.” But she said she lies awake at night worried that her outspoken criticism could cut off access to her daughter’s life-sustaining drug. Horizon could stop manufacturing it.

“I think that’s the risk of doing all this. Speaking out so forcefully about the drug price,” Stack said. “What if they say this is really a pain so we’re just going to drop this drug? I would never forgive myself, because we discovered” it.

The High Cost Of Hope: When The Parallel Interests Of Pharma And Families Collide