FRESNO, Calif. — Inside her single-story home in the dry and dusty Central Valley, Dalia Mondragon scarcely sleeps. Several times a night, she tiptoes into her children’s rooms to make sure their chests are peacefully rising and falling.

“I feel like any time they could stop breathing,” she said.

Mondragon and all four of her children have asthma – a disease that has sent them to the hospital more times than she can count. So she is more than willing to open her home to Nunu Sixay, an asthma prevention worker trying to figure out what is triggering the attacks. On a recent visit, Sixay found some possible culprits: mold in the bathroom and aerosol furniture polish in the kitchen.

Sixay’s work visiting low-income families like the Mondragons is part of a public health experiment to help asthmatic children breathe easier and stay out of costly emergency rooms – with the aim of getting investors to pay for it.

The plan is to create a “social impact bond,” a contract in which Wall Street and other investors agree to support programs with goals such as taxpayer savings and improved health outcomes. If the programs can demonstrate with solid evidence that they have met those goals, the investors recoup their principal and get a return, typically from the government.

The asthma project is among the first to focus on improving health outcomes. But a rising number of “pay for success” projects are planned or underway around the nation, including in Ohio, Connecticut, South Carolina and Massachusetts. One seeks to expand early childhood education in Utah, for instance, and another to reduce homelessness in Colorado.

Typically, private investors or foundations provide at least a portion of the seed money. Bank of America Merrill Lynch, for instance, raised $13.5 million from its investors for a New York project aimed at reducing recidivism and increasing employment among former inmates. Depending on the outcomes, which must be evaluated by an independent third party, the government will repay the investors and provide a return. Generally , it is a slice of taxpayer savings, ranging from 5 to 12 percent of the original investment.

“We were all excited about the idea of a whole new form of impact investing,” said Kirstin Hill, a managing director in Merrill Lynch’s global wealth management business. 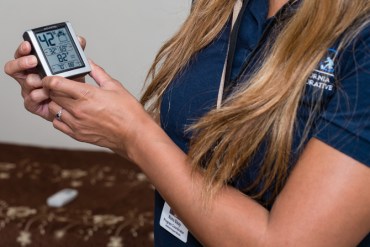 The bonds, which first were devised in England, appeal to investors who want to see part of their portfolio go toward what they see as a social good. “People with lots of money are anxious to invest at least a portion in things like this, especially if you give them a reasonable return,” said John Vogel, who teaches business administration at Dartmouth’s Tuck School of Business.

Critics, however, say it’s too early to see what impact the bonds will have, and question whether the effects can be accurately measured. Some are skeptical that many private firms will invest.

Organizations are looking for ways to “grow the pie of funding that is available to the social sector” rather than relying only on philanthropic and government funds, said Rick Brush, CEO of Collective Health. The Connecticut company is helping to organize the Fresno project with Social Finance, a Boston nonprofit that designs social impact bonds.

Nirav Shah, director of Social Finance, said numerous health programs have a significant impact on patients but are outside of clinical settings so aren’t typically reimbursed by insurers.

In the asthma program, for example, a social impact bond could pay for home renovations such as stripping out carpet or getting rid of mold.

The Fresno project is still in its pilot stage: Organizers won’t start reaching out to investors until late next year Funding from banks, individuals and foundations would enable the asthma prevention program to expand from about 200 children to 3,500, they said. In this case, the returns could come from either the state or insurers, Shah said.

The pilot program, which is funded by a grant of about $1 million from The California Endowment, is using claims data to track ER visits and measure the savings before turning to investors. The estimated savings per child is more than $7,700.

Taking It To Heart

In Fresno, asthma prevention workers ask parents to commit to three changes in the home to help prevent asthma attacks. Throughout the year, they follow up with in-person visits and phone calls. “The little knowledge we give them they really take it to heart,” Sixay said.

One recent day, Sixay stopped by the cramped house of 6-year-old Jovani Garcia-Vasquez. His mother, Maura Vasquez, said she used to rush her son to the hospital every time he had an asthma flare-up. A doctor had advised her not to give the inhaler to her son because he could get addicted to Albuterol. “So I didn’t give it to him, hardly ever,” she said.

After learning from Sixay that the medication actually helps relieve the asthma symptoms, Vasquez began administering it more regularly. She said she hasn’t had to take him to the ER since. 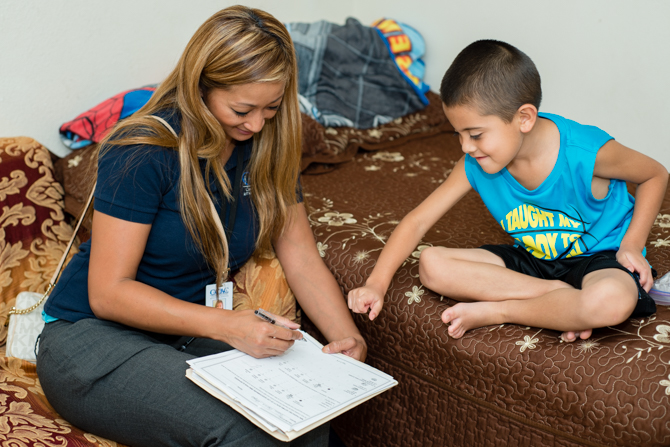 During a home visit, health educator Nunu Sixay sits down with 6-year-old Jovani Garcia-Vasquez and asks him to point out how his asthma felt that day (Photo by Heidi de Marco/KHN).

Sixay sat down with Jovani and asked him to point to faces that showed how he felt. When she asked “How is your asthma today?” he pointed to a happy face.

Sixay, who works for the Central California Asthma Collaborative, said she is taking small steps toward solving a big problem. Fresno has one of the highest childhood asthma rates in California, with a fifth of children ages 5 to 17 affected. The county also has high rates of asthma-related pediatric emergency room visits and hospitalizations, paid for primarily by Medi-Cal, California’s public insurance program for poor people. All told, about $35 million is spent countywide per year for hospital costs for children with asthma, according to Collective Health and Social Finance. 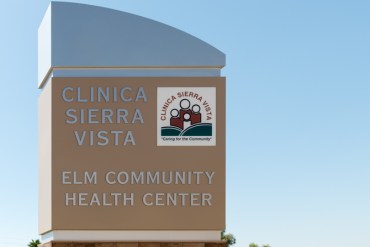 Clinica Sierra Vista, a community health center in Fresno, is providing medical care to asthma patients as part of a collaboration with the Central California Asthma Collaborative (Photo by Heidi de Marco/KHN).

The Fresno project is collaborating with Clinica Sierra Vista, a community health center in Fresno, which is providing ongoing medical care. Each day, the clinic’s doctors see asthmatic children like Jose Lomelli, 11.

On a recent September morning, Jose’s mother, Hopie Castro, took him to the doctor because he was coughing and using his inhaler every few hours and she worried he would have to go to the emergency room.

Jose missed about a fifth of the last school year because of asthma and has gone to the hospital more than 15 times in the past several years, Castro said.

Dr. Kami Jow listened to Jose breathe and confirmed that he was having an asthma attack. He prescribed steroids, and he corrected him on using his inhaler so the medicine would flow into his lungs.

“How do I know when to take him to the emergency room?” she asked.

“You’ll see him working really hard to breathe,” he said.

Jow said he often sees families who don’t know what leads to asthma attacks or how or when to use medication. Rarely, he said, does he have the time to educate them thoroughly about the disease.

She sees a lot of progress but faces occasional setbacks. The Mondragons, for instance, had made improvements at home – then recently got a kitten. It’s cute, she told the family, but not good for the airways.

“It’s a process,” she said. “They are not all going to change overnight.”