Despite varying political backgrounds, three health care experts are advising physicians that the presidential election will be crucial in deciding the way they practice and how it can be financed. 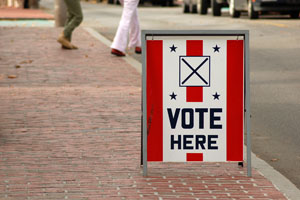 Discussing  some of the prickliest issues at stake in the health care delivery system, Dr. David Blumenthal, previously a director of health IT for the Obama administration; Dr. Gail Wilensky, who ran the Medicare program during the George H.W. Bush administration, and Dr. Robert Berenson, who led Medicare payment policy at the Centers for Medicare and Medicaid Services and served in the Obama and Carter administrations, wrote three separate editorials released by the Annals of Internal Medicine on Monday. Their focus: the impact of the election on health care.

Blumenthal writes that although voters’ decisions may ultimately be motivated by their views on the economy, they should instead think carefully about the future of the health care system. “Not since the 1964 contest between Barry Goldwater and Lyndon Johnson, whose victory made possible the enactment of Medicare and Medicaid, has a presidential contest carried such signficant, immediate, and certain implications for physicians, patients, and all the other stakeholders in our health care system.”

Wilensky offers a different view, writing that the election’s outcome, in the short-term, will have only a limited effect on the practice of medicine, because “the same serious challenges need to be resolved no matter who wins the presidency and control of Congress.” Among these challenges, she lists physicians’ own “fiscal cliff,” which  is rooted in the flaws in the current Medicare physician payment formula, scheduled “sequestration” budget cuts geared toward deficit reductions that go into effect in January and the need to slow health care spending.

Meanwhile, Berenson says that without a decisive victory by either party from the top of the ticket down, the health care system’s flaws will persist. “Our federal government system, with its multiple layers of often arcane checks and balances, limits decisive policy departures and tends to reinforce the status quo even when the status quo is highly imperfect.”

All three editorials emphasize that the political conflict over health care could result in gaps in health care reforms and warned that physicians could find themselves — and their paychecks — caught in the midst.

The Stakes Are High For Physicians In This Election Year